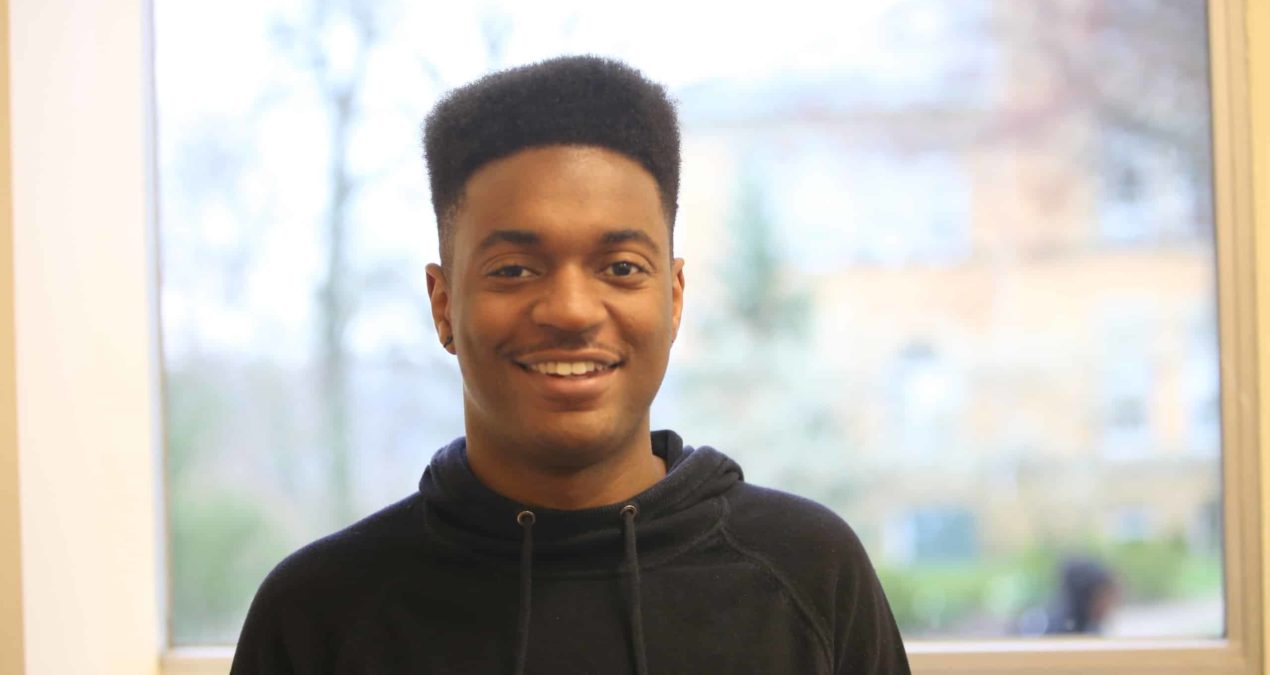 Brandon Wafford ’19 is friends with everyone. Just a first year, Wafford is already making a mark on Denison’s campus. You can’t miss him: donning a huge smile on his face; the posse scholar from Chicago definitely knows your mother better than you do. Constantly getting roped into activities and organizations, Wafford is now focusing his efforts on Taste of Culture, an event that showcases the different cultures and flavors found in campus organizations.

“It’s a really big event we’re really pumping it up,” said Wafford, one of the members on the event’s public relations team. Taking place on Friday, April 29 from 4:30-9 p.m., there will be booths lining A-quad serving food and offering a chance for students to learn about different multicultural clubs and organizations at Denison. Wafford is drawn to events like Taste of Culture for their goal to spur inclusivity and diversity.

“It actually was because I don’t solidify with one organization, I like to work with a mix of organizations and solidify the commonalities between each other,” Wafford said. Wafford is the Cross Community liaison for the African Student Association and will be an RA next year. He loves to bring the campus closer, especially as a Black student.

“A lot of students of color when they come to Denison, they talk about waking up to your oppression,” Wafford said, “I think that we need to focus more on and take into consideration why these pockets exist. We all have so much to offer each other that we refuse to share.” Wafford believes increasing communication from upperclassmen to first years could work to close this divide.

Hanna Saba ’17, said that Wafford has more charisma than most upperclassmen. “I can’t imagine the amount of friends and connections Brandon has made,” Saba said. “His qualities have driven him to take on tremendous challenges at Denison, and those can be used to create bridges and fill the gaps between other organizations and friend groups.”

In most aspects, Wafford is just like a regular first year. A sociology-anthropology and Spanish double major with little idea of what he wants to do with his life after Denison. Even though Wafford is quickly becoming a staple on this campus, he hopes to go abroad his junior year.

“I want to go to a Spanish speaking nation in Latin America and the Caribbean,” Wafford said. “I want to study the discrimination and marginalization that the indigenous people are facing over there and also because I just love the language and culture. I come from a place where there is a heavy influence of that culture.”

After college, Wafford could see himself back in Chicago.

“I’m definitely realizing a lot more that I have a privilege here and it’s kept me grounded. I realize in Chicago I was around a lot more activism, and at Denison we do a different kind of activism and advocacy. Here it’s a lot more structured and working to break down institutionalized structures. Back home in Chicago we saved lives, but I want to save a greater life in Chicago, a greater group of lives.”

Whether or not Wafford can swim, think of him as the lifeguard: the life of the party, and guard of the group.