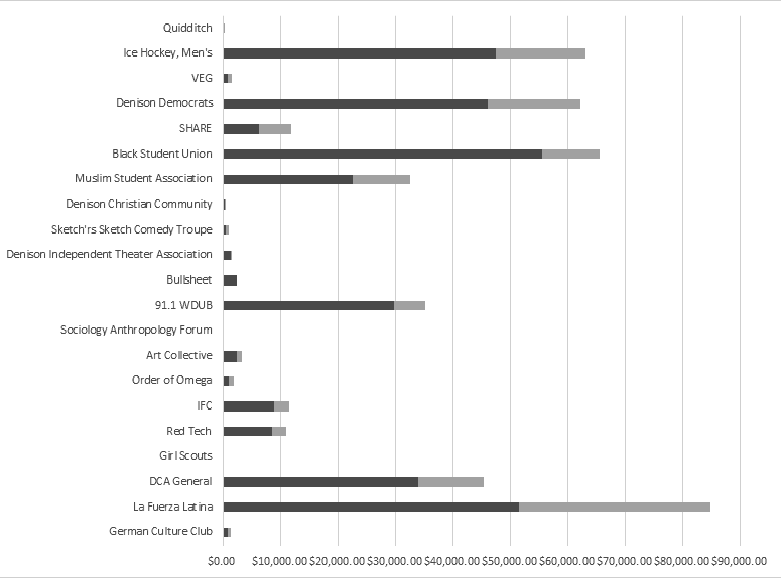 DCGA’s Finance Committee released their preliminary budgets for the 2016-2017 academic year on Saturday.

Appeal hearings took place from March 31 to April 4, and appeals, which pass the preliminary stage, will be heard by the full senate tonight.

11 organizations have currently filed appeals, according to DCGA Finance Chair Sarah Anstaett ’18, which is less than last year’s estimated 20.

“I think there’s some appreciation for the more intentional process we had when talking to treasurers beforehand and trying to understand the budgets,” Anstaett said.

The most common item being appealed this year is funding for speakers.

If an organization asked for a speaker who was expensive, the finance committee had to judge whether the overall impact of the speaker would be worth the additional expenses. This was a frequent reason for denying funding, according to Anstaett.

Dylan Parson ’16, a former member of the Ad Hoc Committee for Student Budgets, said that he believes organizations are not nearly as upset this year as they were last year with the budgets.

Some common reasons for denying funding included asking for unfundable items such as lodging or gifts/prizes, not providing enough information in the budget requests, or requesting funding for food when it was not essential to the event. Stickers, gifts and prizes not for student activities cannot be funded but are frequently requested, per Anstaett.

“We look at food with high scrutiny,” Anstaett said.

“If it’s not essential to the event, we typically don’t fund it. Things like banquets or events that have food solely to raise attendance often aren’t funded if they’re not essential.”

All organization budgets are available on OrgSync and can be viewed by the general student body by creating an OrgSync account and navigating to the DCGA page.