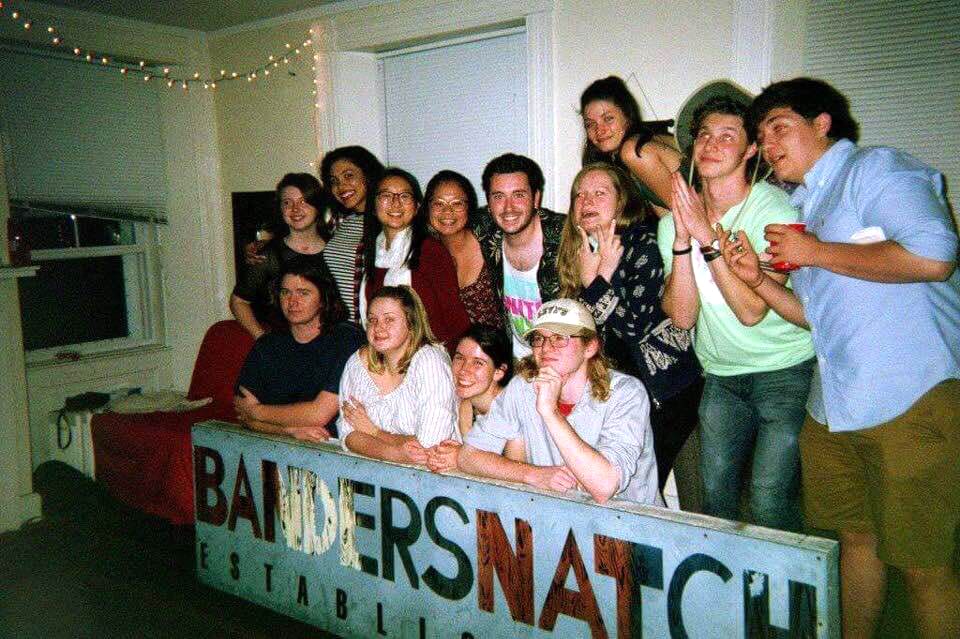 Bandersnatch welcomes students for the season

Students rushed into The Bandersnatch Coffeehouse to bite into their first “Snagel” of the year. The colorful room became more and more crowded as students read books or lounged on the couch, chatting with friends.

“I think this is from the ‘80s,” said worker Jennifer Park ’17, as she pointed to a large, antique Coca Cola sign hanging on the wall. The Bandersnatch, established in 1965, is adorned with Alice and Wonderland themed paintings, graffiti and vintage signs. Song lyrics wrapping around pillars were painted by members of the class of 2016.

Throughout the night, the Bandersnatch workers laughed as they called out random phrases like “battlefield amputations” or “Justin Bieber” from Cards Against Humanity cards to customers with the matching card when food was ready.

It is this light-heartedness that makes working at the Bandersnatch unique. Christian Fritz-Klaus ’18 enjoys his job because of “the community and family aspect of it…we’re always very caring and if anyone ever needs something covered, y’know, Jen is here to save the day. She works miracles.”

Park agrees that her dynamic with her co-workers is more like a family. “My favorite part is the people. We have fun with it – communicating together, working together as a team.”

The staff seemed to be close-knit as they swayed to the music while making bagels and taking orders.

For many, the Bandersnatch is a place for creating memories. Bands from all over the United States have come to perform on the tiny stage and students have held discussion panels about important topics in the colorful room.

First-year student and first-time Bandersnatch attendee Izzy Antonelli has already noticed the Snatch’s vibrancy. “I thought it had a really cool vibe and showed the student body as a tight knit community,” said Antonelli.

Staff members and students agree that The Bandersnatch is a place for gathering together as a community.

Whether it’s just used for students sprawling on the couch after a long day or dancing to a funky band visiting campus, it is expected that the coffeehouse will stay busy and exciting during its 51st year.

“Say It Loud” examines the black experience in America through art