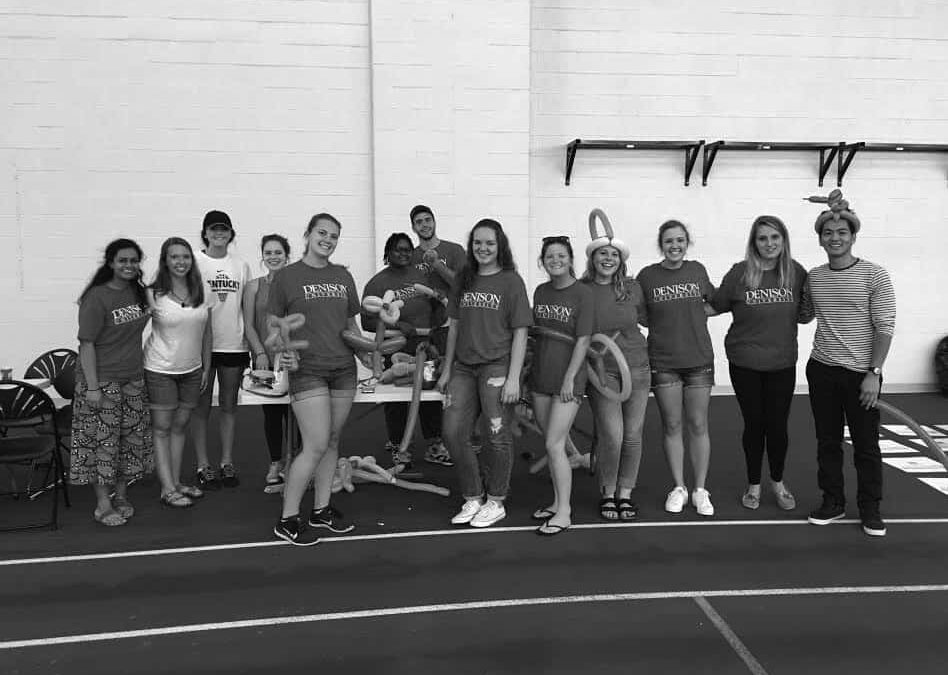 Whether you were walking your dog in the park or a pre-schooler being ushered into the school cafeteria, it’s hard to forget the exact moment you received news about the attacks on the Twin Towers and the Pentagon.

Fifteen years later we remember the anniversary of the shocking terrorist attacks of September 11th that shattered the United States and cost thousands of innocent civilians their lives.

As our nation reflects upon this day, it seems that community events with the objective of bringing groups of people together carry more weight than usual – and that’s exactly what the Denison Community Association had in mind when planning their 9/11 Memorial Service Project.

Many eager families representing the town of Granville and Licking County crowded into the Denison Mitchell Center Friday for an evening filled with activities free to students and the general public.

The evening included face painting, balloon animal making, and various other games for the children of the community. The DCA members kept busy entertaining their guests as the director of public relations, Tommy McMaster engaged with the local children who waited in line for a colorful face painting. To cap off the night, DCA set up a large screen in the center of the track to project the film Star Wars: The Force Awakens.

The Denison Community Association acts as an umbrella for most of the service opportunities and clubs here on campus. They assist in establishing and overseeing organizations such as Habitat for Humanity, Big Brother Big Sister and Hope for Autism just to name a few.

In retrospect, everything DCA stands for seems to be for the greater good of the community. Every year,  the organization runs a series of one-day service projects including the 9/11 Day of Service, and their upcoming project Make a Difference Day in October. For this event, DCA will collaborate with Kappa Kappa Gamma to create a day dedicated to children from low-income families in surrounding towns. They will have the chance to experience what it is like going to a four-year university such as Denison – overall showing families and their children the benefits of a college education.

The Denison Community Association is a club willing to accommodate the needs of the local community for the benefit of Licking County’s residents. The DCA members and volunteers outdid themselves with this past Friday’s event and plan to do the same with their upcoming projects.

A peek into recruitment for MGC and NPHC