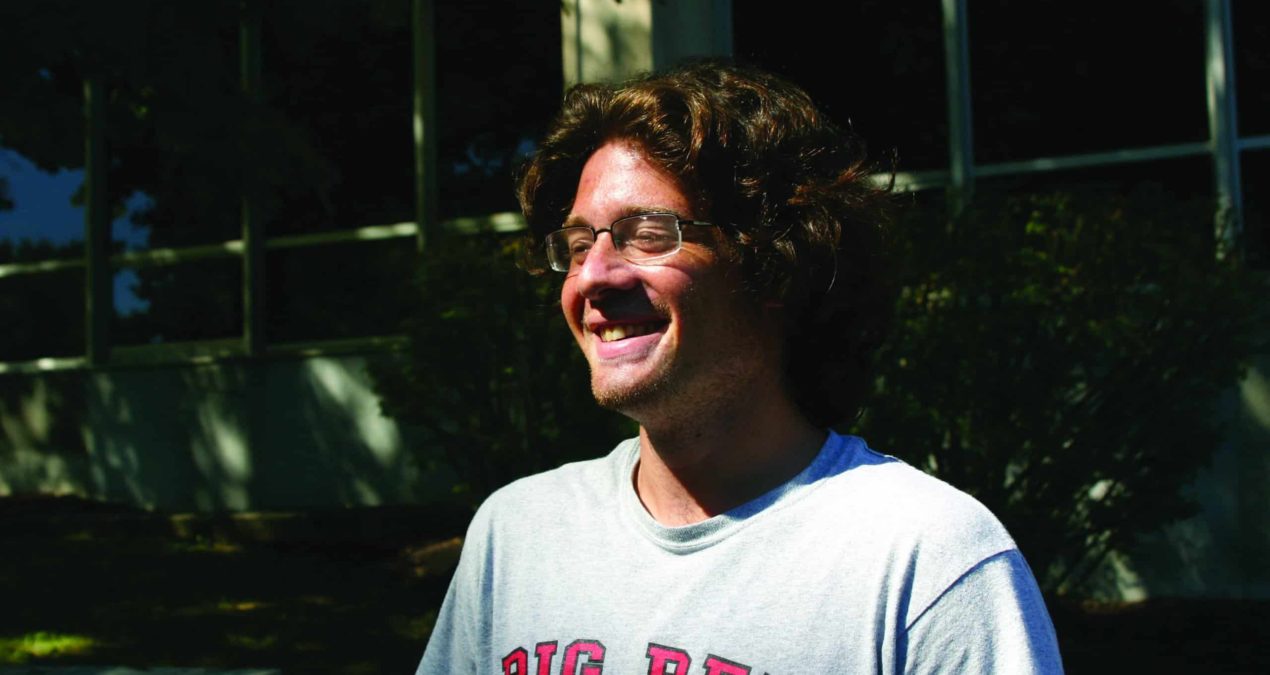 Constantinos Alevizopoulos is someone you probably recognize, considering the fact that he works over four jobs on campus throughout the year. Just who exactly is this mysterious man who seems to be everywhere at once? Who is this self-proclaimed “troublemaker from Greece.”

Despite his address in the school’s directory, Alevizopoulos was not raised in a tennis camp in Trenton, New Jersey. Born Constantinos “Costas” (also known as Dinos) Alevizopoulos, the man of many names grew up in Athens, Greece.

Deciding to come to the United States for college, Costas arrived at Kenyon College on August 19th, 2013.When he arrived at the airport, Alevizopoulos was searched heavily by customs.

“They searched my bags, broke the lock on my suitcase and made me strip down to my underwear,” Alevizopoulos said, reminiscing on his first impressions of the United States.

After only spending a single year at Kenyon and playing tennis for the Lords, Alevizopoulos felt that a change was needed.

“When I went to Kenyon, I was just not used to living on my own, especially in a new country,” he said. After transferring to Denison in the fall of his sophomore year, Alevizopoulos quickly joined the Big Red tennis team under coach Peter Burling.

“Costas would literally lie down and let his teammates use him as a bridge, if it were to help their cause,” Burling said. “We have had 29 All Americans in my time as tennis coach at Denison. However talented they were, I cannot remember if any of them worked as hard as Costas does. Look up the words ‘lead by example’ and you might see his picture next to the translation.”

Being part of Denison’s tennis team was an integral part of him coming to Denison, but it was not the sole reason.

“At Kenyon, it was a huge team,” Alevizopoulos said. “It was sort of an A and B team, and I didn’t like that, as well as other things about the school.”

Not only did Alevizopoulos work for Coach Burling over the past two summers, he also worked under the Davis program helping with maintenance and events.

“I worked very long hours over the summer.”

As an international student, the isolation is also an issue, both at Kenyon and Denison.

“Mount Vernon was six miles away from the campus, and when Kenyon shuts down for break, there is nothing.” He still experiences that isolation over the breaks on the hill. While it is not as pronounced at Denison, holidays, especially over winter break, are less meaningful for him.

“I remember waking up and opening my laptop and seeing the date: January 1st. I thought, it’s a new year, and I had no idea. That was a weird feeling.”

In his senior year, Alevizopoulos is working four jobs on campus: a desk assistant at the Mitchell Athletics center, a student worker for the Provost’s office, a cafeteria assistant at the Huffman dining hall and an aide for Coach Burling and the tennis team.

“I am very busy now, I always have something to do. If I had stayed in Greece, I would not have been as involved of a person as I am today,” he said, “In Greece, there are no campuses, no dorms, no sports facilities. There is no sense of community. I am very happy with my decision to come here. I have no regrets.”

Alevizopoulos has seen his family since coming to America (his brother attends Ohio Wesleyan) but it has been a long time away from Greece. He believes he’ll go back to visit this winter break. On his arrival, there will hopefully be fun celebrations and plenty of burgers for the workaholic from Greece.

The Vegan Club creates an open space for sustainability