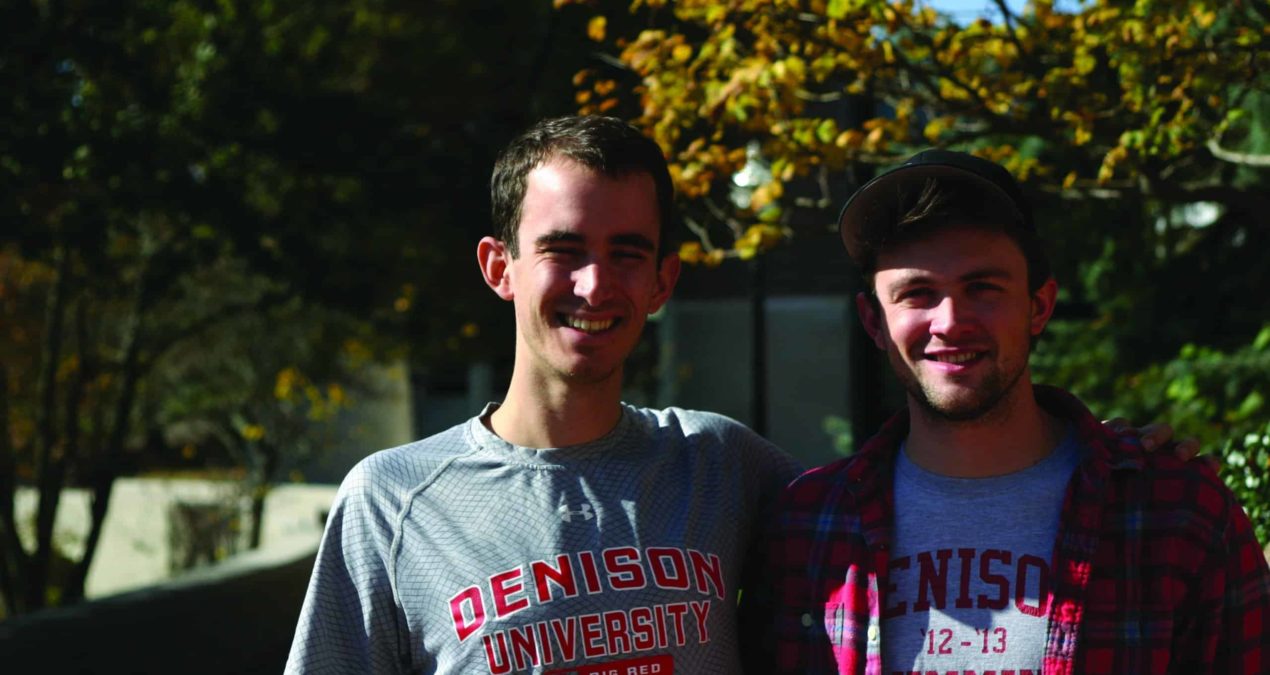 Two of the most important things Carlos Maciel and Quinn Bartlett gained at Denison were an understanding of how to learn, and a love of craft beer.

“I grew up in Brazil, and 99 percent of beer they drink is pilsner, so I thought all beer tasted like that before coming to school at Denison,” said Maciel ’14, who graduated with a degree in economics and international studies. “My time at Denison sparked my interest in the history and culture of beer.”

Maciel and Bartlett are in the process of opening Buzzsaw Brewery in Columbus, a brewery that will serve traditional Belgian-style beer and that will have strong ties to Denison. They are also working closely with Spencer Von ’14, who currently lives in Denver. Bartlett, an athletic training major, began brewing beer only two years ago.

“I bought a home brewing set and experimented at my parents’ house,” Bartlett said. “I volunteered at Manayunk Brewing Company in Philadelphia, and I helped my friend start his brewing company, Wrong Crowd.” Bartlett has a lot of experience brewing beer, but both of them have been learning what it takes to start a business.

“It is a lot of red tape, but a lot of it just comes down to being willing to ask how to do stuff,” Bartlett said. “You have to get the licensing from the state and federal government to make alcohol, and there’s also the issue of funding.” Bartlett took a course in Denver that addressed the business aspects of operating a microbrewery.

“It covered a lot of day-to-day operation issues such as what equipment to use, how many employees to hire, how to run a tap room, and how to make a business plan,” Bartlett said. The two are trying to get private investors to provide enough funds to be able to open their taproom by the end of summer 2017. Bartlett and Maciel want Buzzsaw Brewing to be a big part of the Denison community.

“We want this to be a part of Denison, to keep it in house,” Maciel said. “Students can be part of what we’re doing. We want it to be a community effort.” The two named it Buzzsaw Brewing after a cheer of the Denison swimming and diving team, where they were teammates. Bartlett was a six time All-American, and Maciel mustered 16 All-American honors.

They first featured their beer at an open house for the 1997 swimming and diving team who were inducted into Denison’s Athletic Hall of Fame.

“Even people that don’t normally drink beer were trying our stuff and telling us they liked it,” Maciel said. “It was our first time to get our name out there, and we gave bottles as souvenirs. No one said the bottles exploded on the plane ride home, so I think it was a success.”

Even their logo is connected to Denison; Tom Richner ’97, an alumni and swimmer for the Big Red, designed it for Maciel and Bartlett.

In an industry flooded with new competition, Buzzsaw Brewing plans to make their company unique by being Columbus’ premier brewer of Belgian-style ale.

“We’ve always liked Belgian beers, and there’s no good Belgian beers in Columbus, with the closest place being Rockmill in Lancaster,” Bartlett said. “We plan to have a strong core of Belgian beers seasonally as well as year-round.”

As far as brewing the beer, most of the information they have learned has come from Internet tutorials and conferences, along with a fair amount of experimentation.

“Making beer is a process,” Bartlett said. “Once you get down the basics, you can experiment with the little things. I just made a beer that was 24 percent alcohol by volume.”

“It was very yeasty. Hopefully you fixed that,” Maciel said. The two are currently working day jobs, but hope to eventually transition into working for Buzzsaw full-time. Maciel is a Risk Analyst at JP Morgan and Bartlett is a bike mechanic at the Trek Bike Store.

Until then, the duo is focused on fundraising and maintaining a strong Denison connection. Maciel is inspired by the support for Buzzsaw.

“We can already see the community coming together before it even happens.”