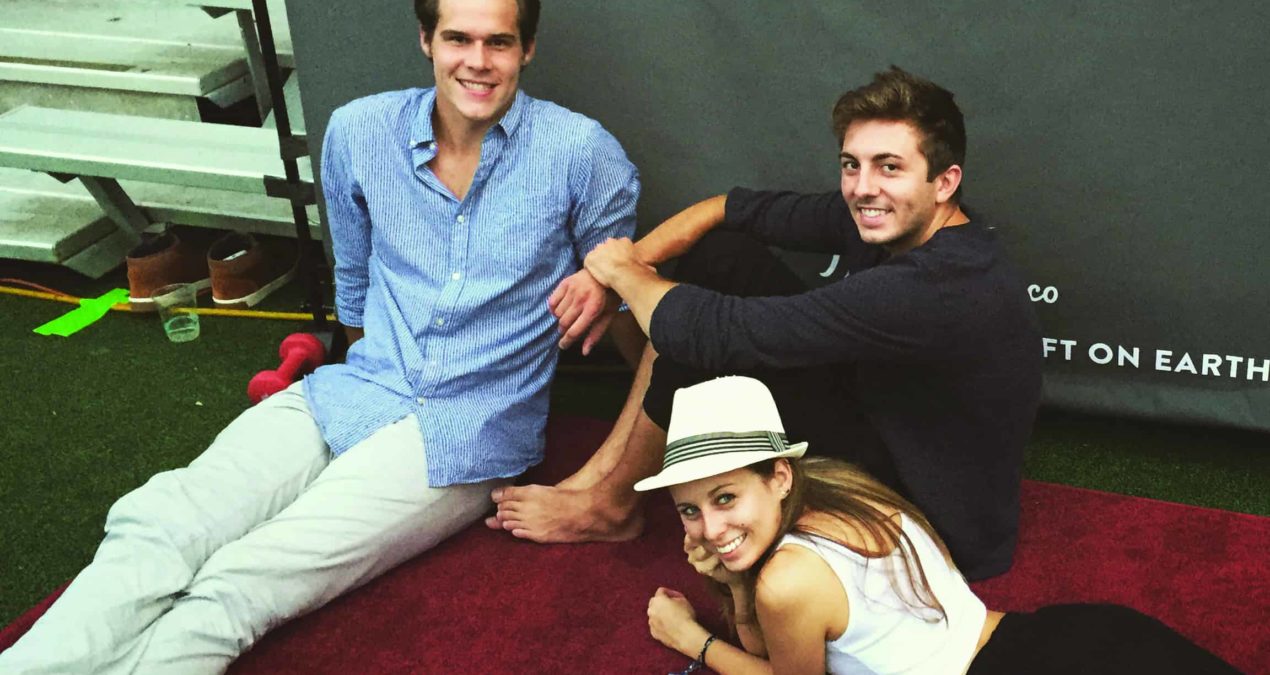 Taking an internship with a start-up, I didn’t know what to expect.

I spent the spring semester of my junior year applying to almost two dozen book editing positions, publishing internships and author apprenticeships only to be rejected by all of them. When I finally received an offer from Tribute, a tech company, to work as a copywriting/content intern, it wasn’t what I wanted, or what I had in mind for my summer, but with nothing else coming my way, I accepted.

My first day on the job I took the L train to Bedford Ave in Williamsburg, New York and followed the address I was given to a garage door in the back of a liquor store. I checked the address twice thinking it had to be wrong, until out popped a man in his late 20s wearing a v-neck shirt cut halfway to his stomach, harem pants, and tinted Ray Bands. He introduced himself as Andrew Horn, the Founder/CEO of Tribute, and told me to put my bag inside the covered garage/office so we could go for a walk.

Together we strolled to McCarren Park and he told me the full story of how the company started; how his fiancé, Miki, surprised him with a video on his 27th birthday. It was a montage of his friends and family simply telling him how much they love him, and how much they appreciate him being there for them. He said he had never felt more alive, more validated, appreciated, and connected to his community than in that moment.

He created Tribute to make it easier for people to share their appreciation for the ones they love. Along with Rory (Tribute’s CTO) they built a web-based platform that automates the process of creating gratitude filled video montages allowing anyone to recreate the amazing gift he was given.

He told me as that as an intern I would learn things such as how to create marketing brochures, draft newsletters, and craft a brand voice, all of which would help make me a better writer.

What he didn’t tell me is that he would help change the way I looked at my future.

Andrew’s fellow social-entrepreneur friends often wandered in and out of the office over the course of the summer. There was Miki Argarwal, Co-Founder/CEO of Thinx, an underwear brand that gives women in Africa feminine hygiene products with every pair sold, Jesse Israel, Founder of The Big Quiet, an event that teaches modern meditative practices to huge groups of people in non-traditional spaces, and Taylor Conroy, Co-Founder of Journey 333, which mobilizes groups of people to participate in local and international impact projects, just to name a few. I was constantly surrounded by people I could look up to, people who were actively making changes in the world.

I’ll never forget the day Miki stopped into the office and Andrew asked her to tell me and two other interns one thing she wished she’d known when she was graduating college. She said “Do what’s at the cornerstone of what you’re good at and what fills your being in its entirety.”

I then realized that I didn’t enjoy creating marketing content all day long, but what I did love about my internship at Tribute was that my work mattered. I wasn’t working just to make a profit, I was working to spread gratitude, to bring love and joy into someone’s life and that in itself was invaluable.

While I didn’t spend my summer working for a glamorous Big-Six publisher, or bestselling author, for the first time I knew what it was like to work for a company I believed in, surrounded by people who inspired me to be a better version of myself.