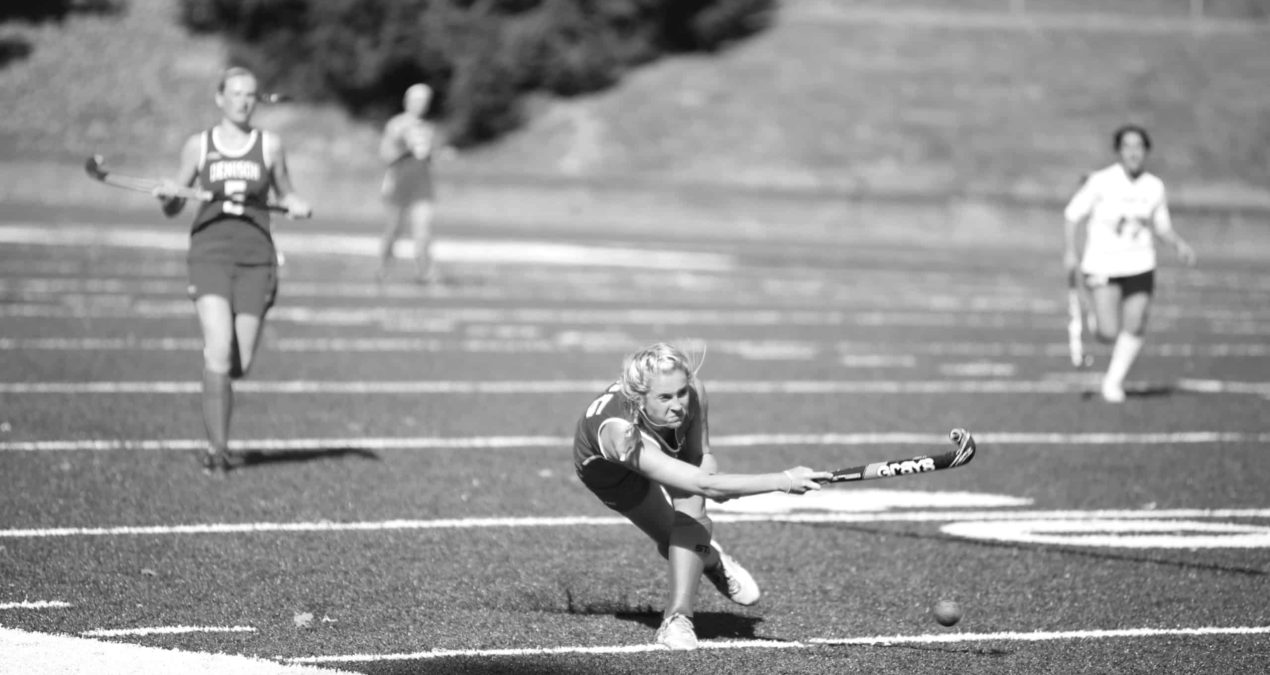 As the clock ticked down at the end of the game on Friday, the Denison Field Hockey team solidified their large win over the Eastern Mennonite Royals.

Winning 5-0, The Big Red improved their record to 3-2 with a solid, unified defense working with an aggressive offense.

Denison followed this game with a 5-0 win against Concordia (Wisconson) on Saturday.

Denison scored early and often in the first half, putting the ball in the net within eleven minutes of the start of the game.

Lucy Pearsall ‘19 and Alyssa Bahel ‘19 started the team off with two goals each in the first half. Denison’s defense was able to hold off Eastern Mennonite the whole game, leaving the score 4-0 going into halftime.

“I think a lot of our success so far certainly boils down to our defense. A lot of times I’ll look down at their end of the field when the other team has possession and think to myself, it’s like there’s a brick wall down there,” Bahel commented. “As a forward, the more chances you have to take a shot on goal, the more likely one of those balls is going to go in. Without the kind of movement that the defense produces, us forwards/offensive mids wouldn’t have nearly the amount of chances we do to take shots on goal.”

Coming out of the half, Denison continued the strong push against Eastern Mennonite. Noelle Hubbard assisted Jen Durbin for the fifth goal.

Despite the stronger defensive presence from Eastern Mennonite, Denison’s defense continued to thwart the offensive efforts and kept the Royals scoreless until the end of the game.

“I was excited to see the ladies keep improving.  They have worked hard and have played with great heart and determination all season long!” Coach Michael Caravana said.

As impressive as this win is, the team was able to follow up with just as big of a win the next day.  The girls were able to keep their focus and use Friday’s win to carry them to defeat Concordia.

“[On Friday] we did a really great job passing and transferring the ball more. That was one of the items on our ‘to do list’ that Mike and Kelly handed out to us before our game and I definitely think we accomplished that goal. We also had a lot more success with our long hits, which is another thing we had been focusing on this past week,” Behal said after the win.

The field hockey team prepares for a series of away games coming up as they compete against conference schools. Their next home game is a conference match against Wooster on October 5 at 4:30 on Deed’s Field.

Off The Hill: How will the NFL look this season?