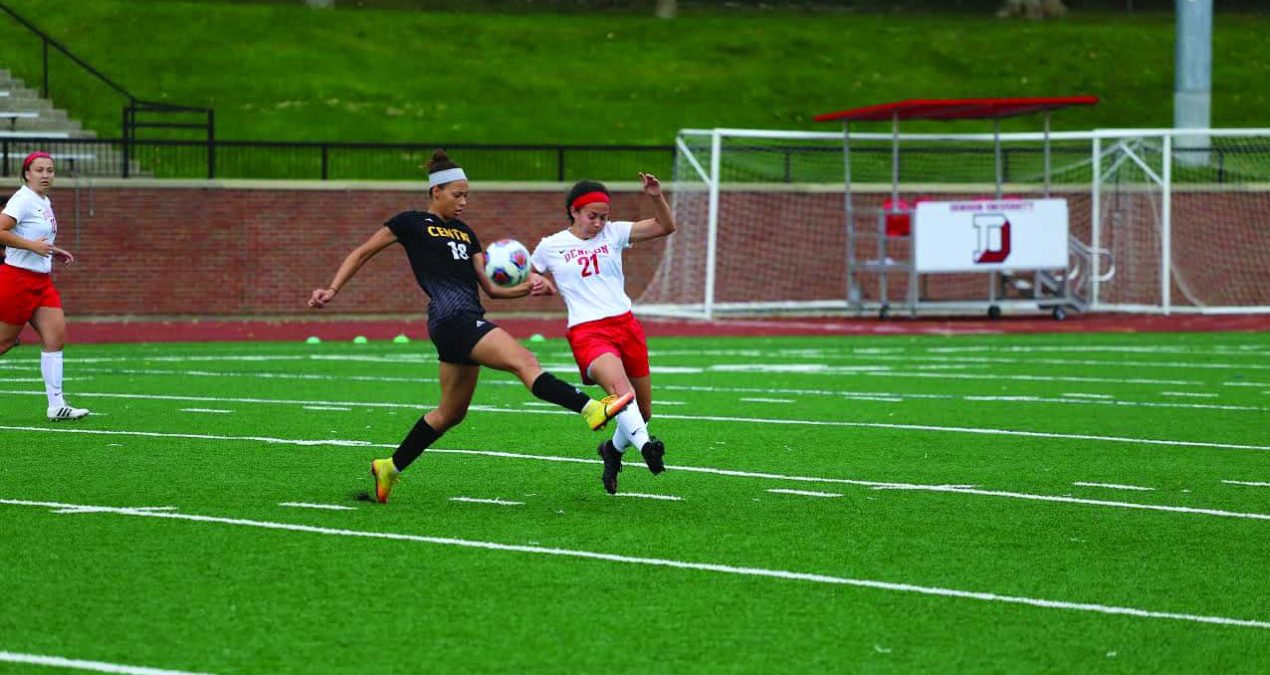 Prior to the meet up in Granville, Denison and Kenyon were tied in NCAC play with 3-0-1 records. The game determined who would take the first seed in the NCAC.

Denison started off strong with aggressive offensive play and a determined defense. The Gambier Ladies only shot twice during the first half, compared to the Big Red’s 7 attempts. Although all shots were not converted, Denison used their momentum going into the second half with a 0-0 tie.

Defensive player, Drew Wentzel ‘18 said that Denison knew they were a better team but had to get the little things done right so big things could happen.

“We came out ready and determined that we weren’t going to settle for anything but a win,” Wentzel said.

The Big Red began the second half with fight and determination. D.U. shot 12 times, whereas Kenyon had two attempts in the second half. Denison’s tough defense resulted in Kenyon’s lack of accurate shooting which helped goalie, Jenny Herold ‘18 in the net.

The Ladies defense appeared to be unstoppable to the Big Red until Grace Murray ‘18 crossed the ball to Graham for the game winning goal with 13 minutes left to go in the game.

After this match Denison claims the first seed in the NCAC with a 7-3-4 overall record and 4-0-1 in league.

The team was very excited to be placed first in NCAC play.

“It [feels] amazing,” Wentzel said. “We needed this win if we wanted to hold the future of our season in our hands and not have to rely on anyone else.”

The Big Red returns home on October 26 to face the Wittenberg Tigers who are 3-1 in conference.