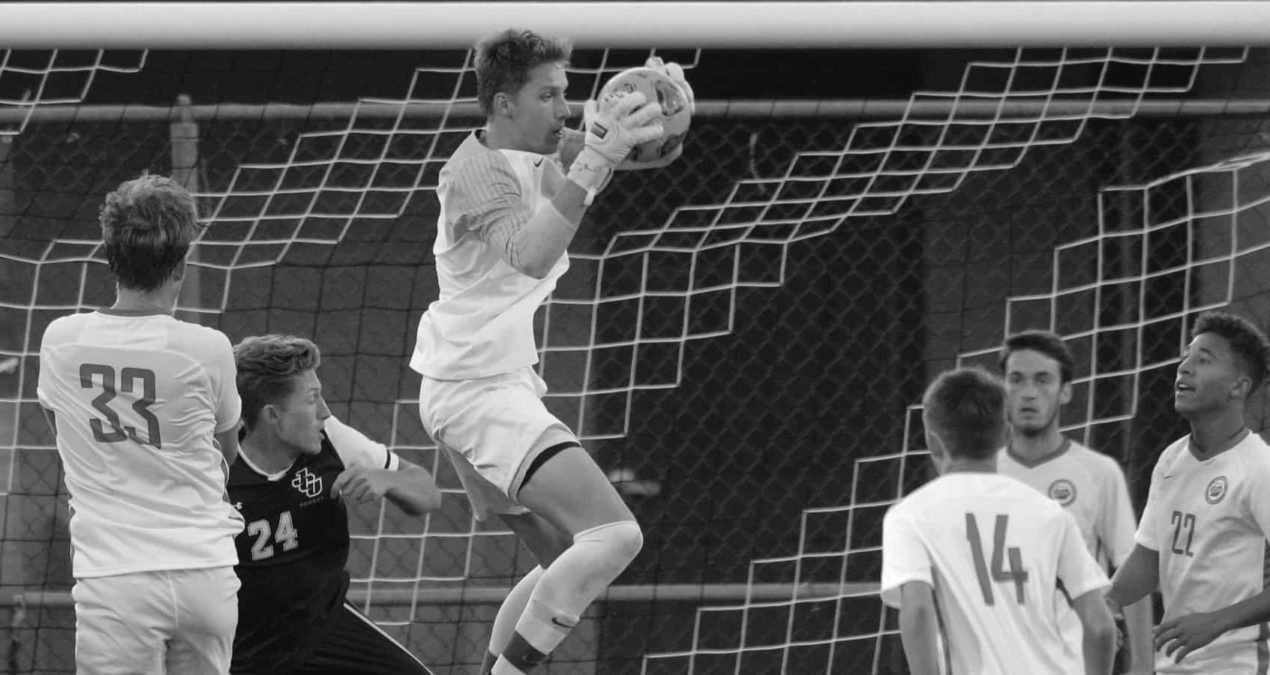 JOEY SEMEL, Editor-in-Chief—It was a good close to an up and down year.

The Denison men’s soccer team closed out their season with a 2-0 win over the Wooster Fighting Scots. The win means that the Big Red will finish their 2019 campaign with a record of 7-9-1, including 4-5-1 in the North Coast Athletic Conference.

After a scoreless first half, the Big Red were able to strike for two late in the second. The first came from Luis Zamora ‘20 in the 84th minute, and just two minutes later, Ethan Miracle ‘23 added the final goal of the season for the Big Red.

On his senior day, Zamora picked up his third goal of the year. Miracle’s was his seventh, good enough to lead the team for the season.

It is fitting for this team that a senior and a first-year scored the two goals in the season’s final game. The Big Red have featured a solid mix of young and veteran talent. It has provided strong building blocks for next season.

Prior to the match, the Big Red honored six seniors. They were: Ryan Albers, Eric Buer, Colin Cramer, Luis Hernandez, Matt Rush, and Zamora. All were huge pieces of the puzzle during their time here. Rush and Zamora contributed a combined eight goals this year, and the sheet often featured Buer and Albers on the back line. Cramer filled in valiantly in goal when Dylan Brown ‘21 went down with injury, and Hernandez will finish his career with a 1.000 save percentage.

Brown, spoke to how nice it was to pick up a win for these seniors.

“The win yesterday felt amazing, and was a great way to end our season. Even though this wasn’t the season our squad imagined or wanted, we stuck to our strengths together and played a complete game yesterday against a tough opponent, giving our seniors what they truly deserved,” Brown said.

He went on to say how the seniors have helped him during his tenure here, particularly his fellow goalkeepers.

“The seniors this year was one of my favorite classes throughout my time here. They showed great leadership and selflessness throughout their entire 4 years, especially this season. Personally, it’s going to be hard to see my fellow captains leave, as well as my goalkeeper crew in Colin Cramer and Luis Hernadez. Those two bring it their all day in and day out, and have helped me grow tremendously as a player with the constant support and love through the thick and thin,” Brown said.

While they picked up a win to close the season, Brown acknowledged that the team wanted more this year. He feels like next year’s squad has a good chance to make up for that.

“Next year will be a big year for the program, having some of our talented young fellas gain some much needed experience this season was huge looking long term. Though there’ll be some major spots to fill, I think we’ve got the personnel to get complete an unfinished job,” Brown said.

In addition to Miracle, the team will return Vitor Rocha ‘23, Lorenz Hoover ‘23, Jackson Briggs 23, Pierre de la Croix-Vaubois, and Tony Buechly, all of whom started multiple games for the Big Red.

With the building blocks there, this is an exciting team to watch for next season.