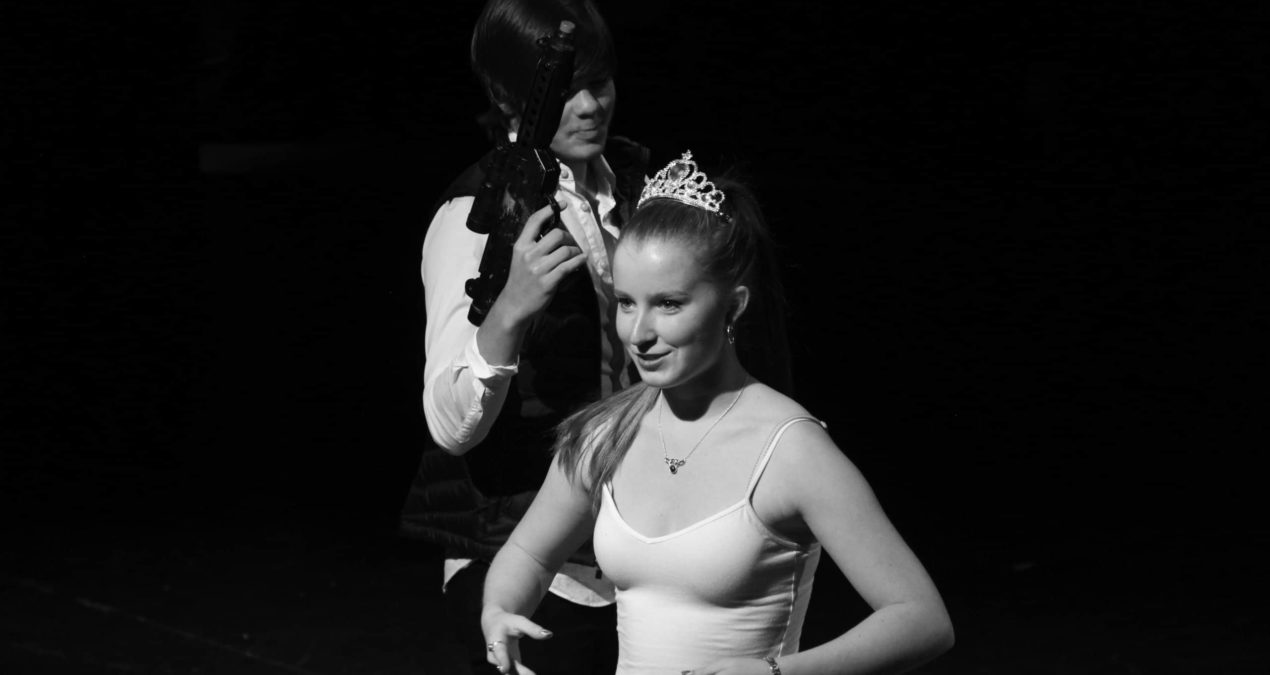 The Denison Independent Theater Association, better known as D.I.T.A, closed another season of the One Acts.  From a rough night in a bathroom stall, to a clown realizing his dream, the show portrayed acts of all kind on Halloween weekend.

The One Acts consisted of ten student written, directed, and acted plays that were shown four times this past weekend.  Many Denison students know the One Acts to be a fun, casual night of theater, and this year the shows did not disappoint.

“This is my second time directing a one act and it’s such a great way to get involved in the Denison theater scene without the extensive time commitment,” Michael Buckley ‘19 said.  Buckley is one of the ten directors, directing the show titled “Furry in the Jury.”

The One Acts advertise a role for every person that auditions with low time commitment. However, the show that is put on is hardly hastily made. The performance of all ten acts kept the audience engaged and laughing.

“It was a really good, low pressure experience as a freshman,” Chris Fisher ‘20, one of the actors, said. “My group only had two rehearsals but it was a lot of fun. The One Acts were a great way for me to get my foot in the door for Denison theater.”

Over forty actors participated in the shows, with only a few playing multiple parts. These shows are often a great way to generate attention toward D.I.T.A. and Denison theater in general. The overall concept is another way for students to express their ideas on campus.

Its location in the Black Box Theater on the art quad allows an intimate relationship between actors and audience members.  With the show in the face of the crowd, many people enjoyed the acts that much more.

“I had heard a lot of good things about the One Acts, so I was very exciting to go to the show,” Brooke Stiles ‘20 said. “I think everyone did a really awesome job and I laughed a lot.  I’m pretty excited for the spring shows. I might even audition.”

With four shows, many students were able to attend the event, but for those who were unable to make it, all of the performances are available on YouTube.

There is another chance to see a One Act show this year. As it is a two season event, the One Acts will return with new shows in the spring.

Any interested participants should keep an eye out second semester for updates.