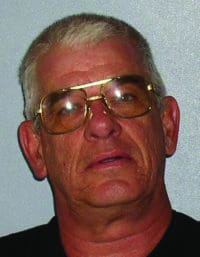 Every evening, Denison students make their way back to their dorms for the night. During the day, however, numerous building services assistants work to keep our dorms clean. Among these people is Ervin “Jim” Stough.

When asked what he loves most about his job, Stough quickly said “I really enjoy the kids. Being able to talk to kids from all different walks of life is an experience you can only find at a place like Denison.”

Stough has been a dedicated janitor at Denison for the past thirteen years, but is no stranger to Granville. He was born and raised in the village and went through Granville schools.

Despite growing up in the town we know so well, Stough’s experience in Granville was quite different from our own experiences. Contrary to the small town life that students are used to seeing just down the hill, Stough and his four siblings lived on the outskirts of town on a rural farm setting. He described life as a child as difficult but purposeful.

“Life on the farm was hard as a child. We all had to contribute and learned the importance of work,” Stough said.

His siblings consisted of three sisters and one brother, and all of Stough’s siblings are exactly five years apart. Stough described this sibling dynamic as “almost like 5 different generations built into one family.”

When he was born his eldest brother was just graduating from Granville High School. Unfortunately, 15 years ago Stough’s sister passed away as a victim of lung cancer.

After graduating from Granville High school, Stough got involved in a career as a factory worker at Rockwell International for 36 years. After retiring from the vigorous factory works, Stough felt as if there was something missing from his life. “I was not ready to retire,” explained Stough.

Stough started looking for jobs again. “It was nostalgic to look for jobs again after working for the same company for almost 40 years,” Stough said.

Eventually he found a job at Lowes, which he worked for about a year and a half. After departing from his job at Lowes, Jim, fortunately for the residents of Shaw hall, found his way up the hill.

When asked if Stough wished he had chosen somewhere else to work instead of Denison, he replied “no.”

Emily Lipsitz ’15: Biking across America in the fight against cancer