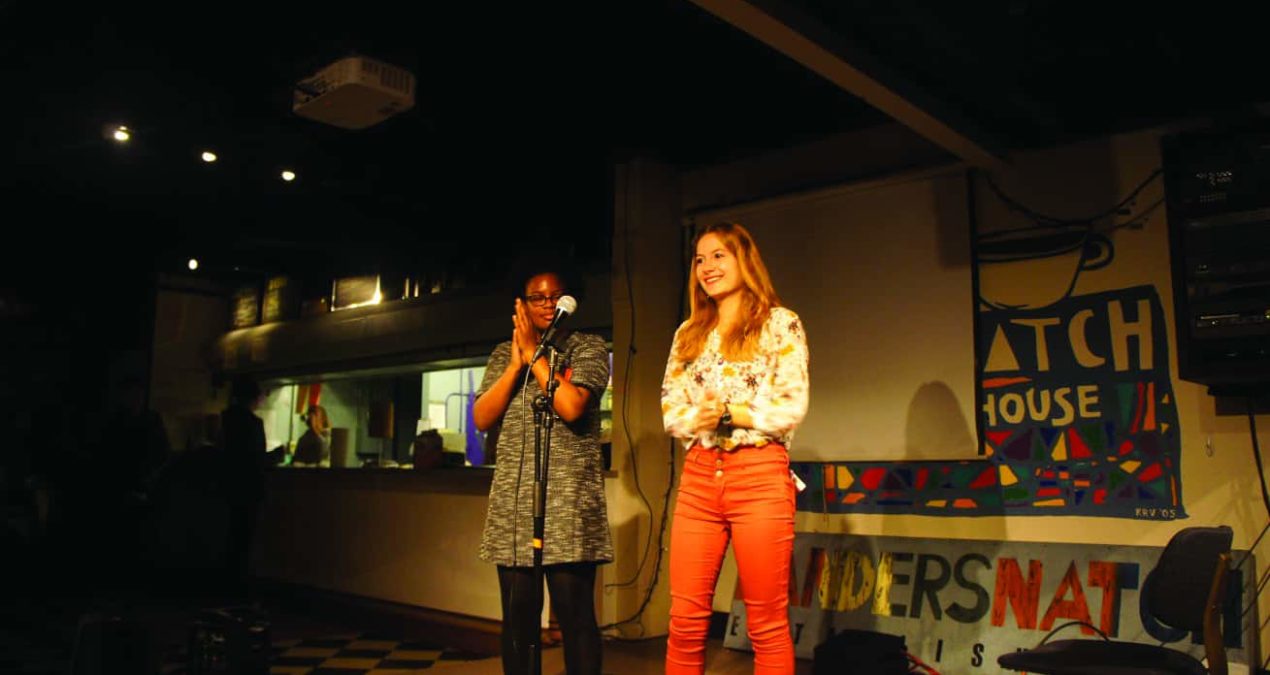 “Where is the best place to have sex on campus?” “Can you get pregnant while on your period?” “What are the health risks of sex?”

Those are some of the questions Dension Advocates for Sexual Health (DASH) has received at their “Let’s Talk About Sex” events, according to one of the DASH student facilitators, Kelsey Schwimmer ‘18. Any sex related question is fair game at their events (although they didn’t answer where the best place is to have sex).

“It was a little stiff in the beginning, but by the end of it people were very comfortable and relaxed,” said Schwimmer, an education and psychology major who founded DASH last spring.

Schwimmer wrote for Sex, Etc her senior year of high school and her aunt is a sex educator. Since arriving at Denison from Lawrenceville, New Jersey, she thought the campus needed an organization of peer educators devoted to providing sexual education.

“We have really, really wonderful resources on campus about helping survivors of sexual assault and Outlook is amazing for the LGBTQ community, but we didn’t really have anything that addressed the positive aspects of sex or how to stay safe while engaging in sexual activities, which is kind of a big part of college life for a lot of people,” said Schwimmer when asked why she started DASH.

The organization, of approximately 10 students, was trained at the beginning of the year by Nora Gelperin, the director of sexuality education and training at Advocates for Youth and Schwimmer’s aunt. They learned about anatomy, birth control, consent and how to teach about sex ed, according to Schwimmer.

“I grew up in a school district which practiced abstinence-only education and experienced first hand the issues it creates through my own experiences as well as those of friends and classmates. So when I heard about DASH and its mission to educate students on all aspects of sex-ed, I knew I wanted to be part of the experience,” said Kalie Crago ‘18, the secretary of DASH and an English literature and cinema major from Hilliard, Ohio.

DASH also hosted a story slam, entitled “Spooky Stories: Sex, Love and Everything in Between” in the Bandersnatch. Schwimmer said, as suggested by the title, students shared stories on range of topics. “We want to be as inclusive as possible and start this dialogue on campus so that we can have these conversations about these experiences that most people have or know about through a friend, and kind of normalize that and make it seem not so weird or scary to talk about because it’s something that’s normal.”

Schwimmer has a “Denison Sex Week” in the works for next semester. There is more to sex ed than consent, and she plans to collaborate with different organizations to have a campus conversation on relationships and sex.

“It’s important to talk about the positive side of sex education and how to do it so it’s fun and healthy, because people are doing it,” Schwimmer said.