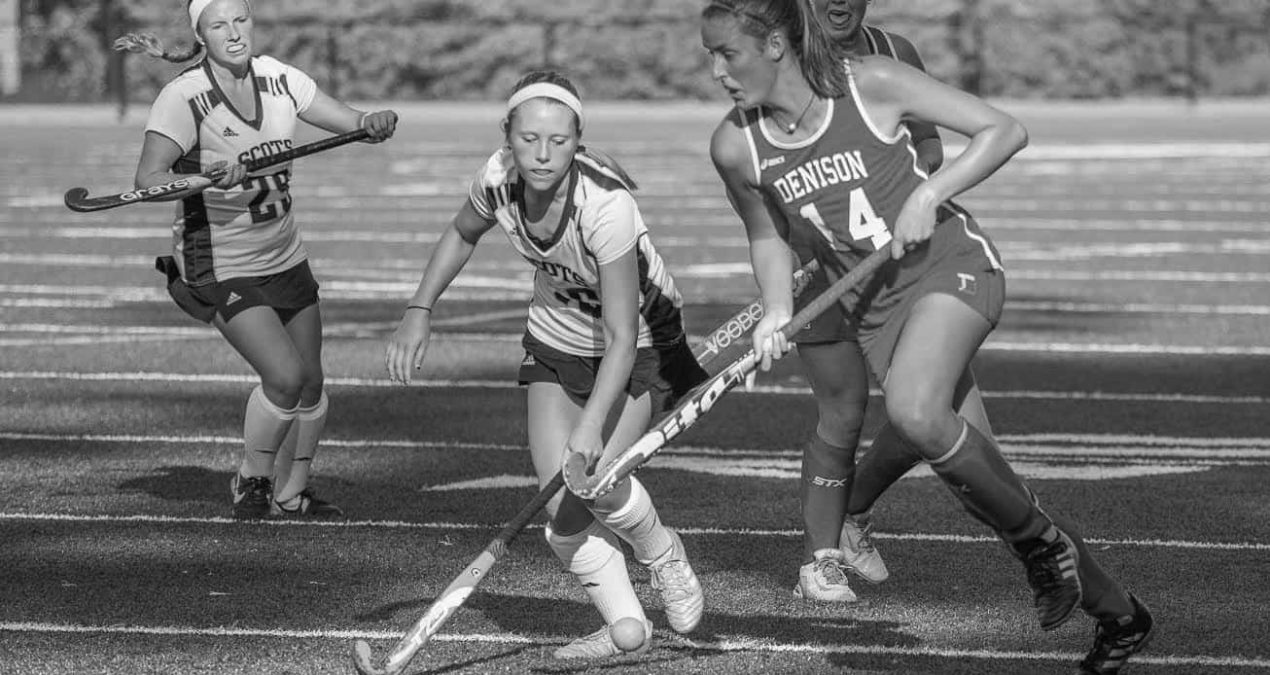 During their third matchup this season, Denison fell short 2-1 to Kenyon during the North Coast Athletic Conference Tournament. Earlier this season the Big Red beat Kenyon twice, 1-0 and 2-1.

Both the Big Red and the Ladies held tough defense and determination throughout the game resulting in a one to one score at the end of the match. Going into overtime, Kenyon came out on top 2-1.

With four minutes left in the game, Lucy Pearsall ‘19 shot a ball to Abby Martone ‘17 for the necessary goal to send the team into overtime. This was Martone’s 10th goal of the season.

Two green cards were given to both teams during regular timed play. During overtime, both teams kept the pressure on each other resulting in a yellow card against Kenyon.

Denison prepared for its game by observing Kenyon’s tendencies. Kenyon likes to overload one side when Denison comes out of defense so all week the team practiced transferring the ball to open places and moving the ball around. Although Denison prepared well for this game there was still more that could have been done.

“The Kenyon game was so close and since it came down to a corner in overtime, I think the one thing we could’ve done better was capitalizing on the scoring opportunities we had during regulation. We had a few great shots that just didn’t go our way,” Emily Marlatt ‘18 said.

Last season Denison faced a similar situation where they were knocked out of the tournament during the semifinals after losing to the Wittenberg Tigers 2-1.

Coming into the tournament Denison held the number two seed and Kenyon the number three.  After this victory Kenyon went on to play #1 DePauw University where the Ladies took home a 2-1 overtime victory. This is the fourth straight year that Kenyon College has earned the title of NCAC conference champions.

Ali Gakenheimer ‘20 and Marlatt were named to the NCAC All Tournament team.

“Being named to the NCAC tournament team was such an honor,” Marlatt said. “The majority of seasons end on a loss so being recognized for the great things our team did helps to keep the memory of the game positive.”