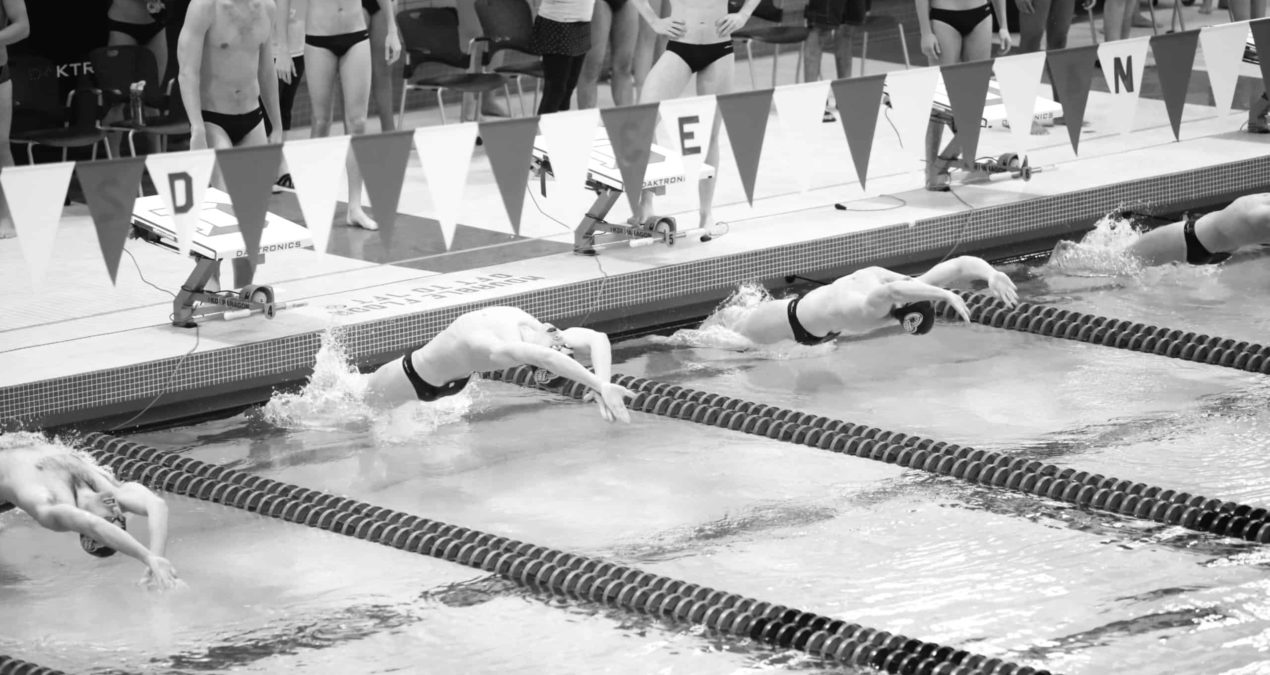 The rivalry between Kenyon and Denison is one of the strongest in the NCAC. During last Saturday’s dual meet the Big Red outswam the Lords and Ladies, 173.6-124.5 and 192.5-106.5, respectively.

Earlier this season the men’s team took first against Kenyon and the women’s team tied for first.

The women’s score of 192.5 was a result of 12 event wins. Many times were season bests for the Big Red.

“It felt good going best times of the season,” Kane said. “It reinforces that the training we do in the pool everyday is working and that we are on the right path to where we want to be at the end of the year.”

As for the men, Denison took home 10 events, three of them being season best times.

For diving, Brian Allen won the six-dive score with 290.93

Kane said the team was very happy about the win against Kenyon but can learn from the meet to help them in future contests. The team focuses on the learning process and figures out ways to better their game.

“We try to come out of every meet smarter than we were before the meet started. After every race we think about what we did that went well and what we did that didn’t work as well then we try to fix those things for the next meet,” Kane said.

Denison returns to competition on Dec. 1 for the Miami Invitational.