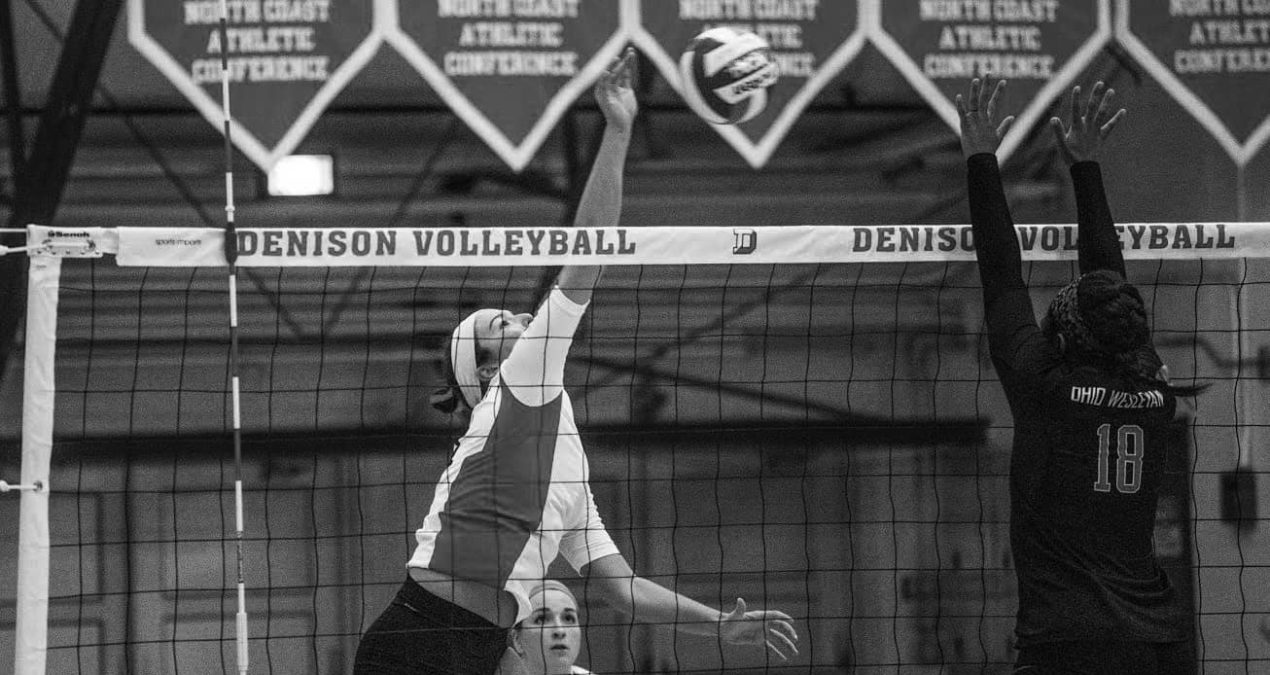 For Denison volleyball, a hard end to a hard season only gives more promise for next year.

The team has not had the easiest of roads this fall, as the final record came out to be 12-17 overall, and 4-4 in the conference.

Over the weekend, Denison had one last chance to change the course of the school’s history by being the first team to win the North Coast Athletic Conference tournament and head to the National Collegiate Athletic Association Division III playoffs.

Unfortunately, the team suffered a bitter ending, losing two out of three games. Despite losing three sets to zero against Depauw and 3-1 to Ohio Wesleyan, the Big Red has much to be proud of this season.

Denison volleyball played tough against many teams this fall, often losing sets by only a few points.  The women also took down conference rival Kenyon twice, beating them 3-0 this past weekend.

Other victories include taking a set from highly ranked opponent Wittenberg, as well as defeating other conference teams such as Allegheny, Oberlin and Wooster.

This season is something to celebrate and goes beyond the scorebook.  The team suffered from several injuries throughout the year, forcing the women to make adjustments in the line-up.

While DUVB will hold their head high, the end of the season always takes its toll on the senior class.  With three seniors leaving this year, Carly Newell, Rachele Lock, and Sarah Bradley, the insight they provide is crucial to next year’s success.

Each season brings out a variety of strengths and weaknesses that the team must figure out in order to be successful. With a young team and recruits already signing, Denison volleyball is sure to make a strong appearance next year.

“I hope that the team continues to stride towards greatness by going to the finals in the NCAC tournament. We were so close this year so I expect with their hard work and tenacity they can get there next season,” Newell said.

Dominating every phase of the game: Big Red baseball is rolling