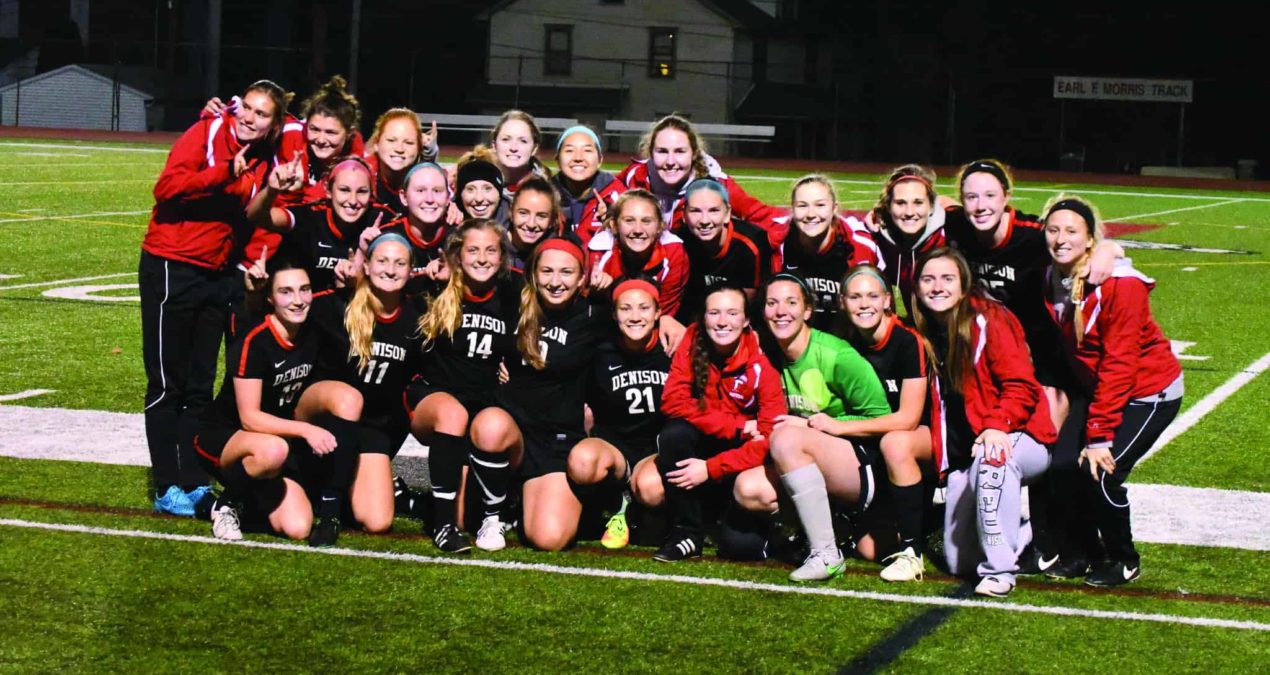 The women’s soccer team after beating Wittenberg University 1-0 on November 5 (pictured). After beating Wittenberg University in the NCAC championship game, the women’s soccer team moved on to the NCAA Tournament. The team traveled to St. Louis, Missouri to play Luther College in the first round of the NCAA Tournament. Denison lost 1-0 against Luther last Saturday night. The team ended with a 10-6-4 overall record. Jaquie Graham ‘17 led the team this season with 9 goals. Anne Denz ‘17 added four assists. Jenny Harold ‘18 was the team leader in saves with 63.