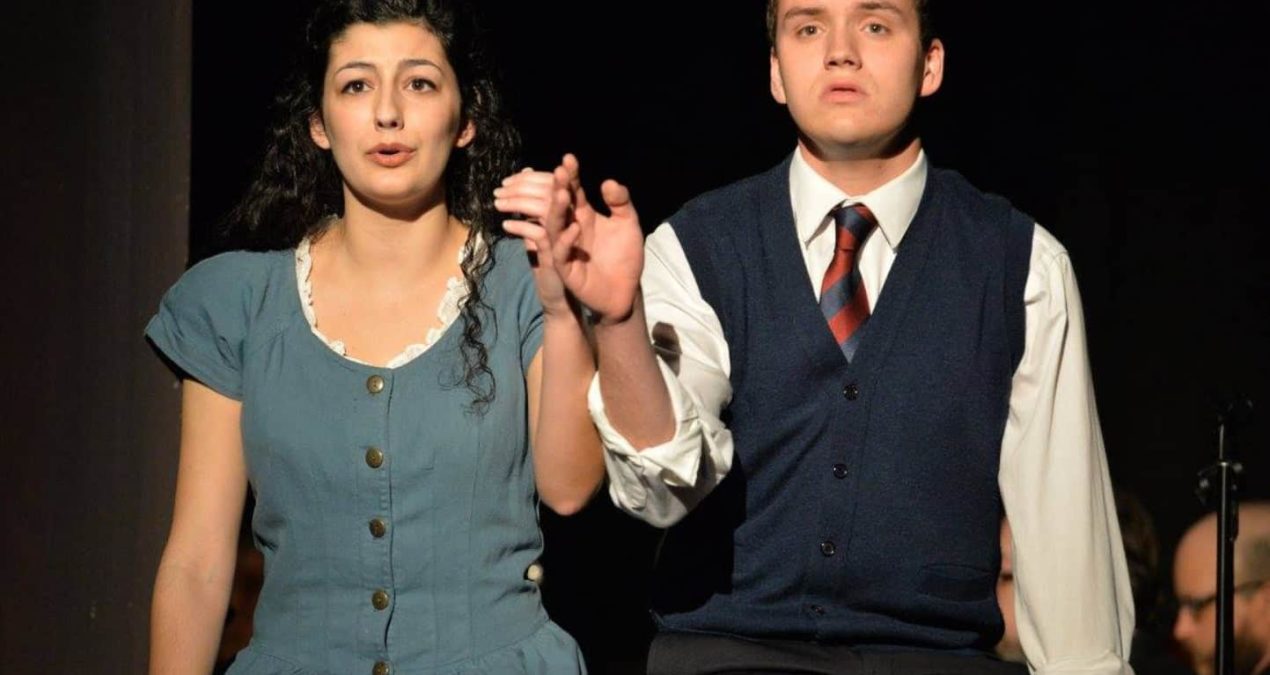 Angsty teens and sensitive topics were the stars of the show in the Singer’s Theatre Workshop performance of Spring Awakening.

With lead performances by Meg Odell ‘19 as Wendla Bergman and Benson Anderson ‘18 as Melchior Gabor, the show received standing ovations from Saturday’s audience.

A bildungsroman, or coming-of-age story, in musical form, Spring Awakening follows the life of the lead characters through discoveries of love, sexuality and mortality as they fight against the tyranny of their parents and the heads of the school, Fraulein Knuppeldich (Katy King ‘17) and Herr Knochenbruch (Ethan McAtee ‘20).

The show was heavy in sexual tension, which began from the opening scene of Wendla in a dress that her mother deemed unsuitable now that she was “in bloom.” She then asked her mother (also played by King) how her cousin was pregnant again and hid her head under her mother’s apron while she explained.

Throughout the play, these characters return in different situations to keep the tension alive, never letting it drop until the final scene of the show.

Strong performances included Odell, who recently won first place in the musical theatre category of Ohio NATS (National Association of Teachers of Singing) singing competition and will be moving on to the Tri-State competition in Toronto in March 2017. Also strong were the dual roles of King and McAtee, who both played as a school headmaster/mistress and a parent of another character, and Fujikawa’s performance as the overwhelmed and underappreciated Moritz.

Overall, Spring Awakening was a show that touched on many issues that are still prevalent today and handled them in a way that was relatable for students and adults alike.

The spring performance will be Urinetown, written by Greg Kotis and composed by Mark Hollman. The show will take place April 27, 28 and 29.