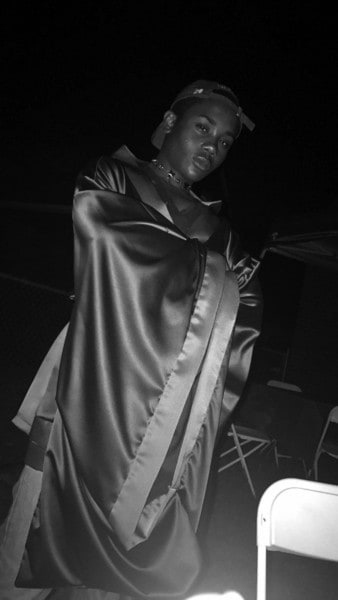 Prior to boarding the bus for D.U. Lead, some students elected not to go on the trip and stayed on campus and faced the $100 fee that would be levied from not attend- ing, the very thing that bound many others to their seats on the bus to Ashley, OH. There in Ashley, the participants of D.U. Lead met the peppiest of peppy people, our group leaders. The first night we were immersed in the work of ice-breakers and introductions. The space, a nearly 200-acre recreational facility, was well selected for team building.

The next day consisted of groups fervorously discussing how they could t ten people on a small plank; groups finding their way through an unmapped maze; and, of course, the archetype of team building: the trust fall.

The third day was spent taking photos and reviewing the mantras we spent hours constructing in which we use our values to explain why we join the clubs we join.

While D.U. Lead was not as awful, I made great friends, spent more time with people I had recently met, had conversations with student leaders on campus about leadership at Denison, and generally enjoyed myself; this was not the program’s purpose.

D.U. Lead was led by great students who have been willing, over the years, to commit time and effort to programs on campus, and a few who are outliers in that regard, having done less than typical of their leadership cohort. These individuals were paired together to lead a group of students.

Curriculum for the program could have included translating the leadership experiences outside of Denison’s campus to careers, graduate school, jobs, and considering the utility of our leadership after Denison.

There then was little time in the two-day program to discuss how leadership at Denison differs across women and men, people of color and white people, and, which is rarely discussed, people from lower economic classes versus that of those from middle and upper classes.

What did dominate discussion were the epic Seven c’s of Social Change, the theoretical basis for the institute. Included in the workbook students received, these Seven c’s included: Consciousness of Self, Congruence, Commitment, Collaboration, Common Purpose, Controversy with Civility, Citizenship and, the surprise, implicit Change.

While these values, which were dogmatic, are important in outlining leadership, should not have occupied the crux of the curriculum and were loosely connected to leadership through an advocacy of joining clubs.

These topics would have been useful speaking points, but our time was, instead, spent thinking about the different clubs we can join to get involved on campus.

It became rather implicitly clear to me that D.U. Lead was a space in which a cohort of leaders who sit on the executive boards of various organizations were groomed and instilled with the values of Denison.

In the future, D.U. Lead’s curriculum may direct less attention to, what was admittedly valuable, the 7 c’s of Social Change, but rather to developing a rounder curriculum.

DCGA open letter to the Denisonian

Litter is not Kind