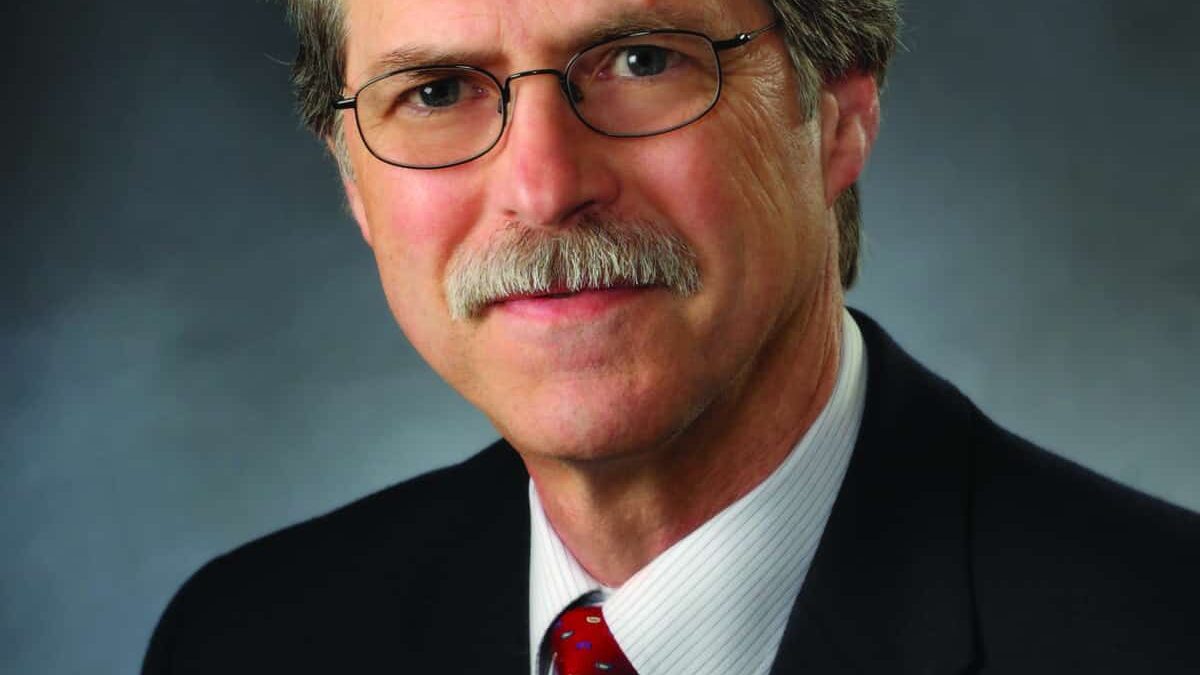 Mike Morris, a resident of Granville, Ohio, sits behind his large desk. On the wall, hangs a white board with scribbles and circles organizing his life into a series of lists and tasks. Morris uses these check lists to keep track of events at Denison, working behind the scenes as Denison’s Director of Fine Arts Programming and the Vail Series.

Morris, 64, was born in Wilmington, Ohio in 1953. Morris’s interest in music began when he was young, both singing in his high school’s show choir and playing guitar. After beginning his education at Muskingum University in New Concord, Ohio, he stayed involved in music. He worked as a director of a concert program, helping bring big names of the time, such as Lily Tomlin, Peter Yarrow, and BB King, to the university.

“I had budgets and different kinds of people to work with—people from college administration down to the students,” he said. “I had always enjoyed working in music, but when I got out of college, the opportunities in music were limited.”

Instead, Morris graduated with a major in speech communication in 1975. His first job after college was working for the Ohio Farm Bureau, an agriculture advocacy group, in Coshocton, Ohio. Morris continued on to work in the health industry, but began his own business representing start-up companies, where he remained until 2001.

“The health care industry was changing so much. It used to be that they talked about patient safety, outcomes, and comfort, but by the time I left the business, the term was ‘safe and satisfactory,’” he said. “If it’s safe and satisfactory and cheap, that’s what we’re going to buy. And that didn’t sit well. I was ready for a change.”

Morris found his way back to the business side of art. He began working full time in 2001 with the Midland Theater in Newark, staying here until 2010.

During this time, he also began his own company, PARTnership Consulting, working with communities to bring opera houses back to life. This then led him to Denison where his predecessor and founder of the Vail Series, Lorraine Wales, asked him to work as production manager. Shortly after Morris became the Director of Fine Arts and the Vail Series in 2013.

When asked about Vail compared to the concert series at Muskingum University, Morris says, “Vail has a completely different focus. It is more cultural. Muskingum was all about the big names. Vail is unique in its variety of artists of this caliber we are able to bring to Denison for students to see for free.”

“Mike is very passionate about what he does for Vail,” says Danielle Nelson, 19, a sophomore global commerce major from Madison, Wisconsin, and Vail employee. “He conducts meetings professionally but is always willing to joke around. He has even invited us over to eat brunch at his house.”

Outside of the Vail Concert Series, Morris helps administer the Mellon Foundation Grant, a project to aid course development by fusing fine arts courses with courses from other disciplines. He brings resident artists to campus who help create this immersion.

“It is an honor to work with Mike and learn from his wealth of knowledge and experience in the arts,” says Marla Krak, 49, Denison’s Fine Arts Programming Assistant from Newark, Ohio. “There is much work that is done behind the scenes which is equally as important as the upfront and center events that we create and manage in our department, and Mike is highly skilled at making it all happen seamlessly.”

Morris is also instrumental in the construction of the new performing arts building.

“I think the new facility will foster collaborations,” he said. “I think we’ll see more student driven things happening, just because of the new building. The production value as well will drastically increase.”

Morris is a positive presence on campus, and continues to bring quality entertainment to the lives of students.