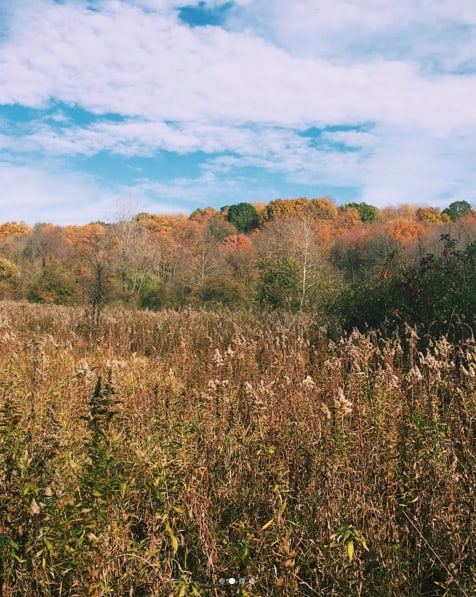 The Denison bioreserve isn’t just a place dedicated to intensive field research, it also provides a safe haven for all the different habitats and species the area can support. For 50 years and counting, students have been using the reserve to conduct field experiments, or to take long, relaxing walks in the serene environment.

Half a century ago, the reserve was founded by Professor Robert Alrutz. He studied biology with the intent of conservation and believed in prescribed burning to reduce vegetation and allow it to succeed.

Apart from Biology, he also taught additional courses at Denison such as Ecology, Environmental Science and Anthropology. In 1965, he convinced the university to purchase a 90-acre farm with the idea of converting it into a field lab for research. His main goal was for students to be able to study soil and the succession of plant life.

By late 1966 to early 1967, more land was added to the reserve, and today it takes up a total of 350 acres. On the South East corner, there is also a solar farm which occupies 10 acres of the bioreserve.

By exposing students to different habitats, Alrutz wanted Denison to build a field station so he could hold classes down at the reserve. The field station was made possible by Polly Anderson, a member of the famous Anderson family whose generous donations to the science department allowed classes to officially start meeting down there in 1967.

Aside from the bioreserve, Alrutz is also responsible for founding the homestead where many continue to live even today.

“This is but a beginning of what promises to be a real and fundamentally essential addition to the Denison Science program. Because of our peculiar and fortunate position regarding adjacent land areas, we have, indeed, an obligation to promote ecological studies now so pressing on a man’s future survival on this planet,” said Alrutz of the bioreserve in 1965.

Another interesting fact about the reserve is that in 1966, a Denison alumnus donated a plot of land that was going to become a tree farm to harvest wood. However, the wood harvesting never took place and now the farm is just another addition to the reserve.

Dr. Thomas Schultz, a Professor in the Biology department, gave a talk about bioreserve for Big Red weekend this year. Schultz says nothing is grown at the reserve agriculturally anymore aside from a big pine plantation. There are also fields of different ages, four ponds, seven natural springs and a stream in the middle that flows year round.

When asked about his opinion on the reserve, Schultz replied, “It has turned out to be a tremendous resource, and everything Alrutz said it would be. It has been a great asset to the Denison community.”

The bioreserve is located less than a mile from the main campus, near the student-run resident the Homestead. Students can enjoy the 350 acres and miles of trails year round.