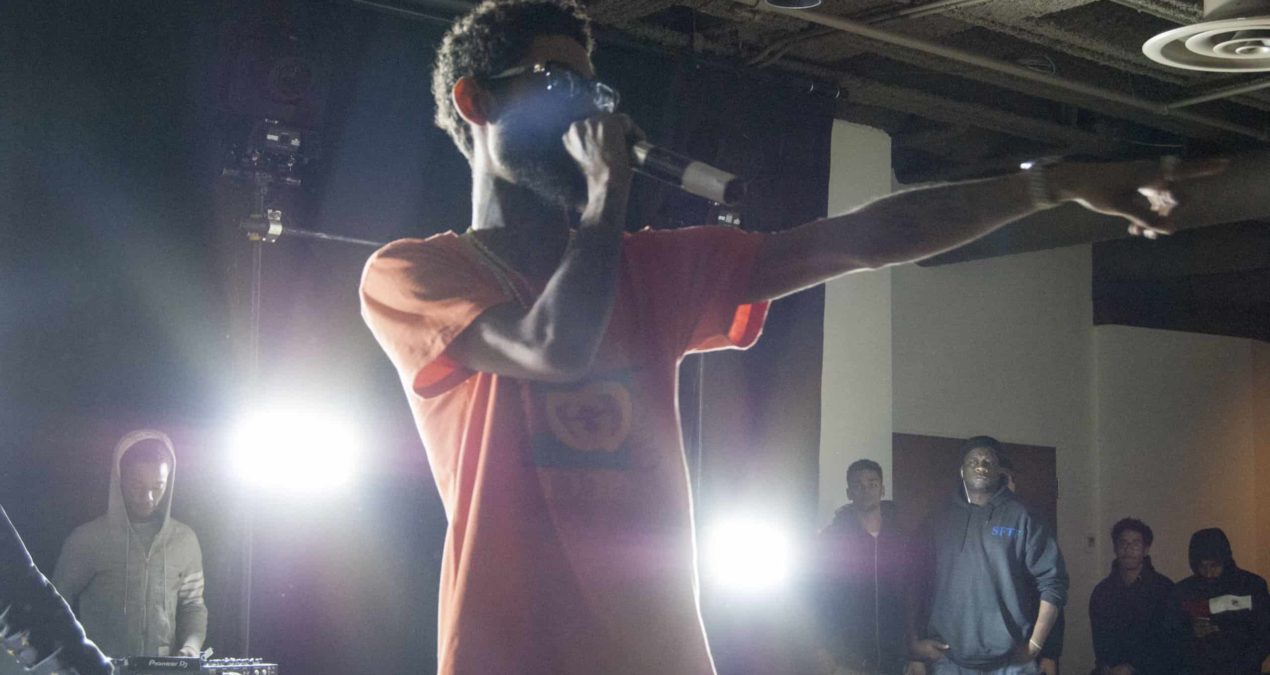 Fog and sweat thickened the air of the Slayter Nest as music resonated of the walls from PNB Rock’s culture jam concert last Friday.

Culture Jam, put on by the Black Student Union, is a week long event that celebrates Black heritage, with an annual concert.

“It’s a week of events that celebrate different aspects of Black culture whether that be through music, art, dance or guest speakers. It’s also a time where we invite other groups of people to learn more about black culture,” said Rashaan Castillo ’18 , an education major from Chicago.

This year, the culture jam artist was PNB Rock, and R&B artist that was featured in the 2017 XXL Magazine Freshman class of R&B and Hip Hop artists. Every year, this magazine picks a handful of up and coming artists to feature. Past artists have included Chance the Rapper and Lil Dicky, Anderson Paak, Desiigner, 21 Savage and Denison’s D-Day artist, Kyle.

“I think the concert was amazing! I thought it was great how he interacted with the crowd a lot. I also liked that the DJ was really good at hyping the crowd up before PNB Rock came on the stage. I think culture jam is important for campus because it gives the POC community a chance to enjoy an artist that is popular among us. Also I think it’s great how people of different backgrounds can come out and enjoy the concert too. This just shows that just because PNB Rock is more popular in one group that not only that group can enjoy him,” said Heaven Wade ‘21, a biochemistry major from Chicago.

Culture Jam is included in the Black Student Union’s budget that is submitted to Denison Campus Governance Association, which affects who they can bring in based on what money they have for the event.

Culture Jam ran from March 4 to March 11 with events planned every day. This included a community dinner, gospel festival, networking dinner and bowling. The Culture Jam concert is known to be a Spring tradition of Denison, which is the most well-attended event during the week.

“I had a really good time at the Culture Jam concert. I knew of PNB Rock and so for the Black Student Union to bring him in was a unique experience that I don’t think I could get again. I also like the intimacy of the space in the Nest so students were able to feel really connected to the artist,” said Rachel Weaver ‘20, an environmental studies and art history double major from Nashville. “With only a few concerts on campus every year, it is always a good time to mix up what you can do on the weekends. PNB Rock definitely put on a good set that I thought was very much worth seeing.”

The Black Student Union has already submitted their budget for the next year, which means plans for the next Culture Jam Week will begin to take shape soon. For more information on the event or how to get involved, contact Abdoulaye Dia ’19 at dia_a1@denison.edu.