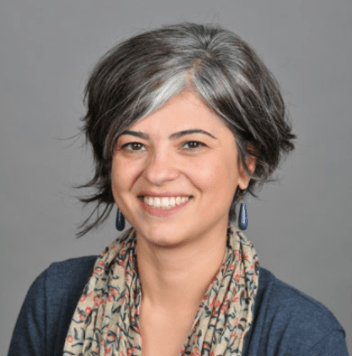 The film festival is an excellent way to broaden your expertise on not only well-made films, but very real life events. It allows students and the public to dig deeper into issues they may have seen as newspaper headlines. Each film allows the viewer to understand someone’s personal point of view during excruciatingly difficult circumstances and how they have coped.

Ozden Ocak is a Visiting Assistant Professor in the International Studies department and moderates several of the films and the discussions surrounding the films.

She said,  “Denison’s 13th Human Rights Film Festival screens five select movies, documenting a wide range of political and humanitarian problems across the world, from the indigenous populations in Guatemala to the “illegalized” people on the move, and people living under occupation. The screenings provide precious insight with regards to the operation of the capitalist, colonialist, racist world system, it’s implications for various people and last but not least their constant struggle to overcome and subvert their reality. As a professor of International Studies, I find these movies and post-screening discussions of tremendous value in raising students’ global awareness, engaging them in worldly affairs and carrying the discussions outside of the classroom to build wider communities.”

This year, they have had movie showings for Gaza Surf Club, 500 Years: Life in Resistance, Fire at Sea and Stop Over. The topics have ranged from the experiences of undocumented citizens to refugees stories of living in a new place. These movies capture real life atrocities while appreciating historically relevant films.

In college, it can be easy to get caught up in the “bubble” and only think about issues that directly impact the campus. This festival is so important because it give students the opportunity to expose themselves to Human Rights issues worldwide.

This past week, the film festival showed the film “Stop Over” which provided a close look at undocumented immigrants that had hoped to make Greece a transit point en route to other European locales.

Each film is relevant to current humans rights issues and is the perfect opportunity to familiarize yourself with other people’s experiences. Through these films, the community has the chance to familiarize themselves with others’ experiences from different cultures that can later be translated into engaging discussions and discourse about international issues.

Be sure to check out the next one on March 6 at 7p.m. in the Herrick Auditorium.

There will be a pre-film reception at 6:30p.m. and will be moderated by Fadhel Kaboub. All films are free and open to the public.

The history of The Buxton Inn: Is it really haunted?