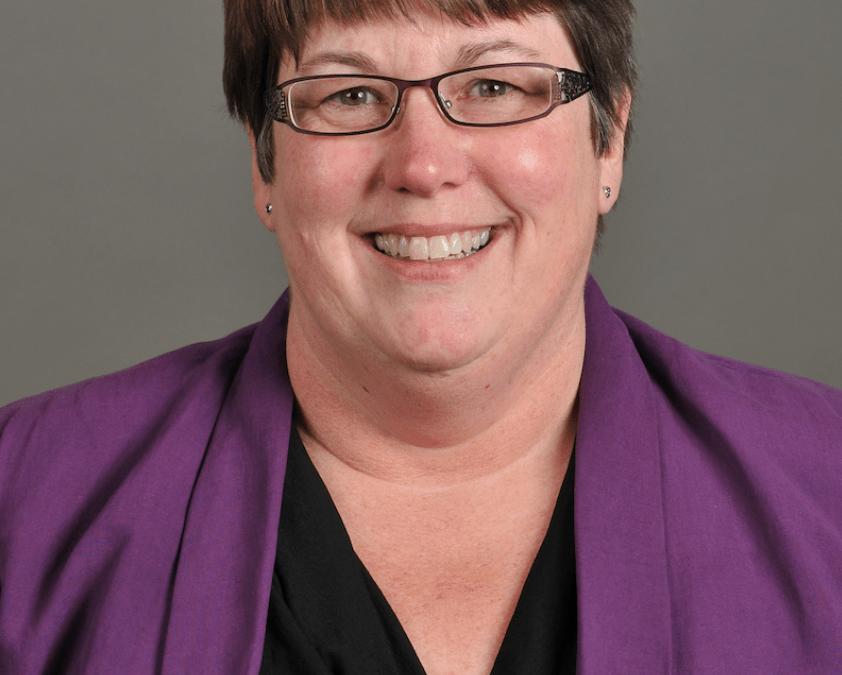 If you went abroad to study, took political science class or attended a Lugar Program event, chances are you knew Sue Davis. Davis, who was an associate professor of Political Science and former chair of the department, and former director of the Off-Campus Study Program, passed away the week on February 23, 2018, just after her turning 57.. She was diagnosed with d with a glioblastoma brain tumor in mid-July 2017

Davis has been a professor at Denison since 2002 and she was the first woman to be tenured in the Department of Political Science.

Davis was well-known on campus as dedicated to expanding her knowledge and creating opportunities as for students. She believed in teacher her students to look beyond what they already knew to understand people on a global level.

“My fondest memories of Dr. Davis revolved around her telling me stories of traveling in Russia –before the Cold-War ended, her frank and direct opinions, and the two of us talking about our kids and all the fun and silly things that they do,” said Katy Crossley-Frolick, a friend and Denison colleague of Dr. Davis.

Perhaps inspired by her own world travels, Davis used her time as the director of Off-Campus Study to make sure a student could go anywhere they wanted to experience the life that other people have to offer. She worked on , Davis wanted every student to have the opportunity to study off campus, to see the world in person, and engage with and learn from different people and cultures. She establishing partnerships with programs in places such as Ghana, India, Hong Kong and Paris

“I feel pretty confident say that students were always her number one concern when it came to Denison… students in her classes over the years who were exposed to new ideas, concepts, places, historical moments; her advisees who sought her advice on things curricular and personal; the students she met on and off-campus who were either studying abroad or were planning to go abroad. She believed that these were immensely rewarding and transformative opportunities for students and wanted as many to have those experiences as possible,” said Crossley-Frolick.

In addition to this work, Davis was key in reviving the Teaching Matters program and chaired the task force that led to the creation of the Center for Learning and Teaching. She worked on building Denison Seminars as chair of the Academic Affairs Committee as well.

Sue had an unflagging passion for teaching, for liberal education, and for bringing about positive change. She was constantly thinking about how best to engage students in her courses and experimenting with new techniques.  On almost any given day, chances are you’d find her with a student or group of students in her office, coaching and advising and engaged in lively debate. Her integrity, pragmatism, intelligence, energy, and, above all, her devotion to Denison—to our students, to the faculty, and to our mission—shone through and set an example for us all,” said Margot Singer, a friend and Denison colleague to Dr. Davis.

Davis earned bachelor’s and master’s degrees from the University of Nevada, Las Vegas, and a doctorate from Emory University. She has two books published, Trade Unions in Russia and Ukraine:1985-1995 and The Last Frontier: The Russian Far East, as well as articles on post-Soviet countries.

Davis is survived by her children, Nick and Val Reed, and her brother Mike Davis and his family.

There will be a memorial service for Dr. Davis from 11 a.m. to 1 p.m. on Thursday, March 15, in Slayter Hall, third floor.In lieu of flowers, memorial contributions may be made to Denison University, 100 West College Street, Granville, Ohio 43023, or online at support.denison.edu. Please include a notation that the gift is in memory of Sue Davis.