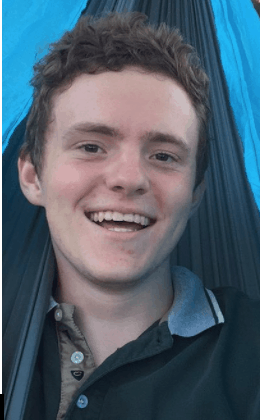 THOMAS MITCHELL — Walmart is my favorite store, there is never a shortage of entertainment while within the confines of the big blue mart.

I personally believe that Walmart should be everyone’s favorite store as it provides two wonderful services:

(1) It provides the ability to search for and buy a wide range of goods.

(2) The entertainment factor, there is always some weird stuff going down in isles of that amazing place. Maybe it’s the low quality off-brand products you can buy there that cause people to go crazy or, more likely, it’s just that the customers have something in them that unleashes at the presence of “Cash Register Number Four is now open.” Think back about the times you’ve been to Walmart and the likely high number of strange things you’ve seen and if you haven’t been blessed with entrance to Walmart go now. There are always the old couples bickering on random grocery items which ends up turning into an argument about something bigger and much louder than whether or not Frank doesn’t want Barbara to buy peas.  Of course there is a specific profile that these characters fit, the man is always short and wide with glasses and a long gray beard whereas the woman is taller and thin and equally as stubborn. But verbal arguments are not the worst thing occurring behind those automated heavens gates, there is also a wide range of physical fights going on mostly between kids who have escaped their parents’ eyesight. Riding bikes or more likely trikes at absurdly high speeds spraying each other down with dart guns until one bike falls and the other rides on. There is always loud screeching and words which the kids think are curses but are really just made up words told to them by parents. Except there happens to be that one kid who’s parent dropped the “F”-bomb once and the kid never let it go. That kid is ahead of their time.

However, these are the true entertainment pieces of Walmart, it is instead the people who come straight out of those random written math problems. There are the guys who have like eighty watermelons because there is a discount or the people who are pushing around a cart of like a million bars of soap without explanation. So we have to guess they are either really unclean or perhaps have a strange addiction to soap. We also have to wonder why they are about to drop over a hundred dollars on anything at Walmart. That’s just part of the entertainment, perhaps one could set up a gambling ring on guesses how much someone’s strange collection of items will cost. Those carts can only hold so many bars of soap.

Walmart has the type of entertainment you can find anywhere else. It’s just a collection of weird people being themselves surrounded other weird people being themselves. A blessing. Blue vested sentinels guard give passage to only the strangest specimens of humanity on Earth. That’s what makes Walmart the superior superstore, its weird collection of people. So head to one now if you haven’t been and feel free to visit again for another dose of entertainment.