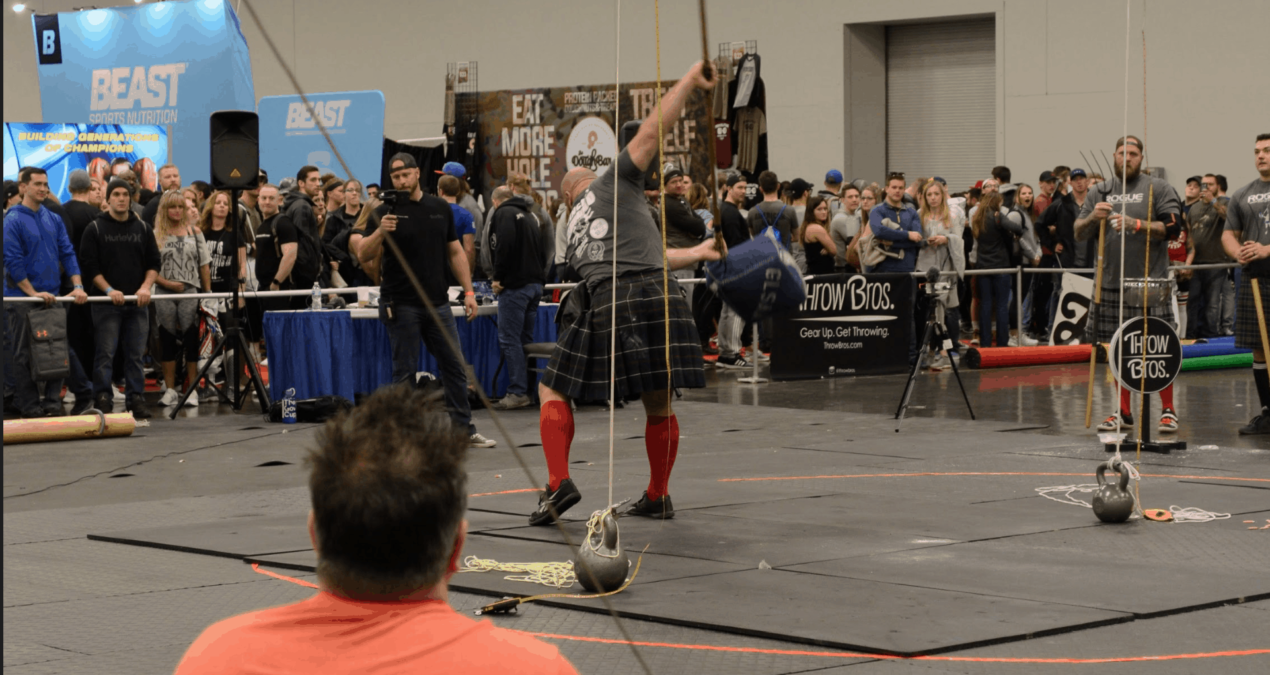 Sweat, blood and protein powder filled the air of the Greater Columbus Convention Center as athletes from around the nation competed at the 30th annual Arnold Classic.

The event, which took place this past Saturday, was the 18 year for the Arnold 5K Pump and Run. This part of the event was not originally included in the Arnold Classic.

The 5K Pump and Run event only allows for 1,000 athletes to participate. This is to allow the 1,000 athletes to safely lift weight for over two and a half hours. The limit is also due to the fact the roads around the Greater Convention Center can only support about that many runners. However, there are many other events that have anywhere from 100 to 700 competitors in each event.

“I don’t think I can ever participate in such an event, but I think it is really admirable to see these people put in all that hard work. I try to run every morning and I think even that could be a challenge, so I know it takes a lot for the athletes to compete,” said Emily Mason ‘20, a biology major from Wooster, Ohio. “I have been before and it was really overwhelming to see so many fit people. I especially liked seeing the wackier events because I wouldn’t otherwise see them. There were events that are not typically televised and so it was quite the experience. I plan on going back but I think I have to lift some weights first.”

This 5K event promotes itself as a unique event that Schwarzenegger says involves both strength and endurance. It is the largest event of it kind in the world. McGowa says there is one other event like the Arnold 5K Pump and Run but that it only gets 250 athletes to participate.

“With over 55 sports and events, including 17 Olympic sports, the 2018 Arnold Sports Festival presents fitness and fun for all ages March 1 – 4 this year. The festival has expanded into the world’s largest multi-sport fitness weekend since its 1989 debut. At the first competition, it was known as the Arnold Classic, a one-day professional men’s bodybuilding competition. The Arnold Sports Festival is co-promoted by legendary bodybuilder and film star Arnold Schwarzenegger,” said McGowa.

The Olympic sporting events at the Arnold classic include archery, equestrian, fencing, gymnastics and table tennis. There was even a body painting contest where visitors can watch artists create masterpieces and characters on their models. Some of the body artists present had competed on the popular show Skin Wars. The event is promoted to be kid-friendly and open to anyone.

About 180,000 sports fans showed up to see 18,000 athletes compete in a variety of more than 55 sports. The events took place at five premier venues, including the Greater Columbus Convention Center, LC Pavilion and Ohio Expo Center. At the three-day Arnold Fitness EXPO audiences saw over 900 fitness-related booths and ongoing stage entertainment.

Some of the people present were Denison students.

“The Arnold was an incredible experience, especially because I was surrounded by so many amazing people that I’ve always looked up to. It was also really cool meeting new people with similar interests,” said Frank Becerril ‘20, an economics and environmental studies double major from Chicago.

Tickets are on sale for the event at a cheaper price than at the door. Children under 14 were admitted free. The event will be back in Columbus next year for those interested in attending. For more information the Arnold Sports Festival – http://www.arnoldsportsfestival.com.