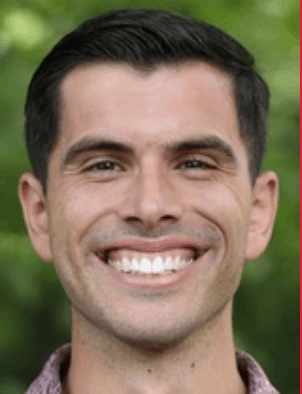 With two new head coaches and four assistant coaches, Denison looks to strengthen several athletic programs for the future. The Denisonian reached out to Assistant Men’s and Women’s Track coach Krystle Schade, but she was unavailable to make a comment. However, here are Denison’s new coaches and assistants as they step into their first seasons on the hill:

Coach Carter Cassell leaves his assistant position with rival Kenyon College volleyball team to lead Denison. Originally from Mount Vernon, Ohio he says he has always had great respect for the Denison athletic department and that the emphasis for athletes as students first sealed the deal.

“On my interview, I immediately felt at home and the people here are fantastic.  Everyone on campus is supportive of each other and it is such a positive environment that I am proud to be apart of,” said Cassell. “I wouldn’t say that transitioning to Denison has been difficult necessarily, and the people I work with have certainly made my transition much smoother.  As I mentioned before, people at Denison want to help others.”

Cassell believes that the most rewarding part of the job has been the opportunity to mentor the women on the volleyball team. He says he sees them as more than just players and believes that with his job he can help them grow as people.

“I see the student-athletes in this program working together for something that is greater than themselves as individuals.  We want to be the hardest working team in the conference and we strive to be the best at controlling our energy, effort and attitude.  We are hungry and determined to become a top team in the NCAC and we know that we can achieve that if we stay true to the process of getting a little better everyday,” said Cassell.

Jason Badecki of the men’s and women’s golf team has survived his first season here at Denison. At 28-years-old, Badecki is originally from Mullica Hill, New Jersey.

Before Denison, he was the golf coach and facilities manager at Eastern University in St. Davids, Pennsylvania for the past 4 years.

“I saw a job posting for my position last May after I had returned from the NCAA Tournament with my team at Eastern. I was looking to remain in coaching but was looking for a better situation. After visiting for my on campus interview I wanted to work here because I felt that it was a place where they strived for excellence everywhere!  I felt that they were committed to being the best at every sport, academic program, alumni engagement activity, etc. I was also impressed with the facilities and the strong alumni network which could help support our vision for the golf programs. I also was excited about the challenge of being the first full-time golf coach in school history and having the opportunity to lead the programs toward a national championship,” said Badecki.

Of course transitioning to a new school is not easy, Badecki says some of the biggest struggles are getting use to how the school and team does their procedures. He also wants to maintain a strong team culture so that they will work hard and buy into his vision for the program.

“I am excited for the continued growth of our teams as they commit to the vision we have set.  The most rewarding part of being a part of this team has been the relationships I have been able to build in a short amount of time.  I coach because of the relationships I get to build with my players. We have some outstanding, driven students on our teams!” said Badecki.

As a new coach, Badecki is optimistic for the golf teams. He see them making a run for conference championships each year and ultimately competing on a national level in the next three to four years.

With a new volleyball coach comes a new assistant, potentially making the transition for the team even harder. However, for Rosanna Sguerra, the 31-year-old assistant volleyball coach from Columbus, the change is only promising for the future.

Last year she was the graduate assistant volleyball coach at Otterbein University in Westerville, Ohio.  She began coaching high school club volleyball for a National club called Advancement Academy in Lewis Center, Ohio. She worked there four years to help her old coach start the club.

“Transitioning to a new school wasn’t too difficult, more of a learning curve. Understanding how admissions work, what kind of students attend Denison and getting to know the University and how the athletic department functions. Everyone on staff has been super helpful in making that transition easier. The hardest part was being hired the first week of August and starting preseason two weeks later with both Carter and myself being new. A short amount of time to plan for the season, get to know all of our athletes and start competing. I just kind of hit the ground running,” said Sguerra.

She first learned about the position from her friend and now boss Carter Cassell.  They both attended The Ohio State University and played club volleyball, where they shared a common coach who introduced them.

“When I heard he took the head job at Denison I applied for the position. After meeting members of the athletic department and learning more about the university and volleyball program and their emphasis on mentoring athletes and developing assistant coaches I knew this would be a great place for to work and learn,” said Sguerra.

With the fall season over, Sguerra is excited for the first spring season with the volleyball program.

“It is always a great time to see a lot of personal growth with our athletes.  We get to slow things down, work on individual skills and techniques. I am also looking forward to continuing to get to know our athletes and develop stronger relationships with our women,” said Sguerra.

For Assistant field hockey coach Kellie Jasinski, Denison was a hidden gem for launching her coaching career. The 23-year-old from Poquoson, Virginia graduated in 2017 from Roanoke College.

“I had absolutely no previous knowledge of Denison University and actually found the open position on a NFHCA job posting board my collegiate coach had showed me. After researching the field hockey program, head coach, and school itself, I found myself wishing I had found Denison four years earlier when I was actually applying to schools!,” said Jasinski. “The values and beliefs of the school were a huge draw for me, along with the strong history of the field hockey program here.”

She says the best part of working with this program is the experience with a team that truly loves playing field hockey.

“There is never a dull moment, or time when we aren’t having fun. The best part of my day is when I get to interact with the girls and be out on the field helping them grow in the sport we all have a passion for,” said Jasinski.

Jasinski believes the future of Denison field hockey is bright as they look to bring in more talent with each incoming class, pushing the returners to work harder and never settling with what they achieved in the previous season.

“We’ve currently got such a great group of girls and they work incredibly hard to push themselves to be better than they were the day before, so the program can only get stronger with a group like that,” said Jasinski.

Assistant Laina Walker is a 24-year-old from Kittanning Pennsylvania. She played softball at Muskingum University where she played Denison in a non-conference game every year.

“I love the location of this institution and I value the strong competition within athletics,” said Walker on her decision to work at Denison.

Last year Walker was coaching softball as a Graduate Assistant at Westminster College, where she also began working on her Masters of Education.

“The most difficult part of transitioning to a new school is learning the ins and outs of the university and what makes it unique. I came in during a heavy recruiting period so I had to learn about everything that Denison has to offer in a short amount of time,” said Walker.

However, she is excited about the season as it begins to take shape. She says the team has worked very hard all year and she cannot wait to see how their hard work pays off.

“The culture that our team has is unmatched. It has been such a cool experience seeing how teammates push each other and also care for each other at the same time,” said Walker. “The future of the program lies in the hands of the team. It is their program, I just help guide them along the way. We look forward to having a very competitive season this spring.”