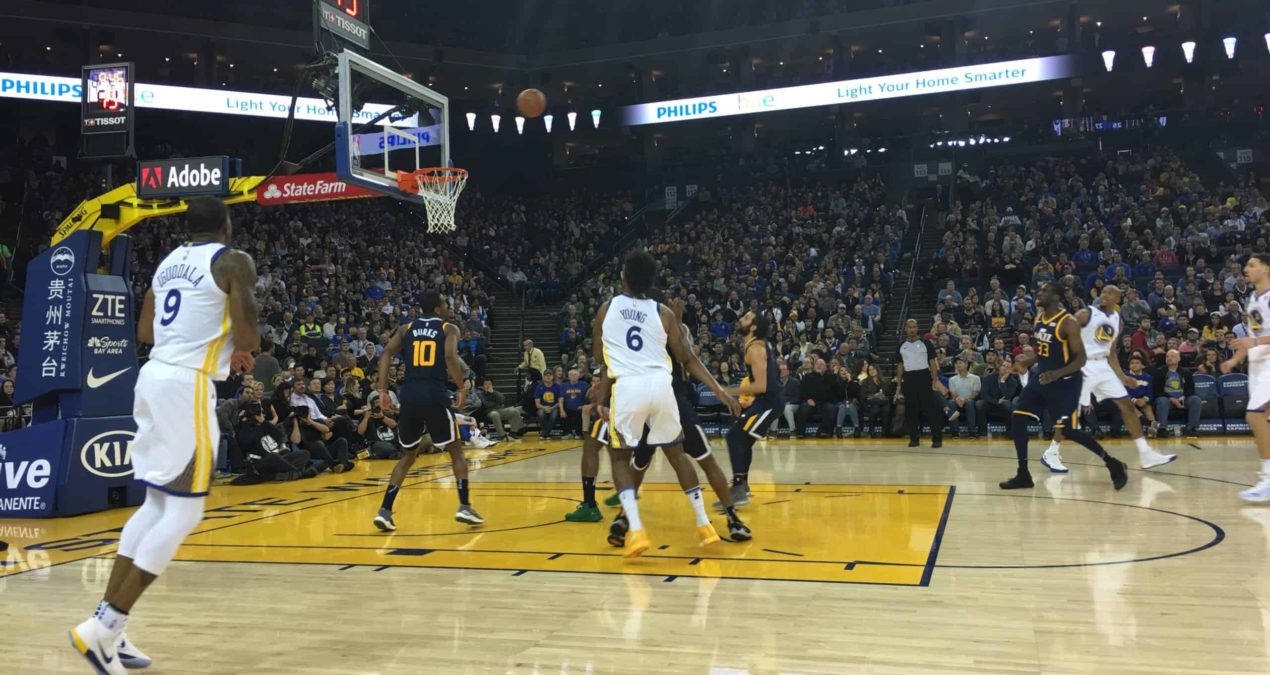 The Golden State Warriors and the Cleveland Cavaliers. Surely these two superteams won’t square off in the NBA Finals for the fourth consecutive year, right? Well, they just might.

No matter which team your loyalty may lie with, there is no denying that a lot has changed since Kevin Durant led the Warriors to their second championship title in the last three years in his first season with Golden State. In fact, it was Durant’s polarizing decision to team up with the Warriors’ core group of perennial allstars of Stephen Curry, Klay Thompson and Draymond Green that set the league on fire in the summer of 2016.

Durant’s controversial move did more than to incite a feud between himself and former Oklahoma City Thunder running-mate, Russell Westbrook.

Chris Paul decided his time was up with the Los Angeles Clippers and was traded by the organization per his request to play alongside James Harden in Houston. Kyrie Irving felt similarly about his time with Cleveland, leading many to speculate that LeBron would indeed leave the franchise again following this season; Irving got dealt to the Cavaliers conference-rivals, the Boston Celtics, in a swap of top-tier point guards that brought Isaiah Thomas to Cleveland.

A flurry of moves around the league — both via trade and via free agency — gave many fanbases newfound optimism. Look no further than the Boston Celtics, who made one of the offseason’s biggest free agency splashes by bringing in all star, Gordon Hayward, from Utah to team up with Kyrie Irving and an impressive supporting cast of role players. All of a sudden, the Celtics were equipped to challenge LeBron James’s Cavaliers squad for the Eastern Conference title. That is, until they weren’t. It took less than two minutes for Hayward’s season to come to a screeching halt after suffering a devastating leg injury on the season’s opening night against the Cavaliers.

As for the Cavaliers, their offseason additions didn’t exactly go according to plan. As the trade deadline approached in early February, the pressure for Cleveland to make changes heightened. The franchise found themselves desperate to build a roster around LeBron James capable of taking down Golden State in the finals, and so they pulled the trigger. Notably, they dealt point guard Isaiah Thomas to the Los Angeles Lakers in return for Jordan Clarkson and Larry Nance Jr. They made several other moves in hopes of shaping their roster to compete for a title at year’s end once again.

How about the Minnesota Timberwolves? There is no denying that with a young core of Karl-Anthony Towns and Andrew Wiggins, the future is bright in Minnesota. A draft-night blockbuster trade sending all star guard, Jimmy Butler to the Timberwolves caught the attention of many around the league. All of a sudden, Minnesota has evolved into a force to be reckoned with in a tough Western Conference.

We can’t jump into the season before mentioning the new-look Thunder team who added Paul George and Carmelo Anthony in two blockbuster trades that valuable role players to Indiana and New York. Once again, it all started with Durant’s heavily critiqued move to join Golden State; since then, stars around the league have been teaming up with each other like we have never seen before.

With the season winding down to an end this week, fans around the world have certainly been treated to a regular season to remember.

Looking Ahead: The Playoffs

In addition to an unprecedented number of offseason moves, there have been plenty of injuries to stars around the league again this year.

The Celtics recently learned that Kyrie Irving will be sidelined for the remainder of the season and throughout the playoffs due to knee complications. Their championship aspirations may have to wait until next year when Kyrie Irving and Gordon Hayward return to full-strength.

The Warriors have quietly been knocked off from their usual top-seed in the Western Conference by the Houston Rockets. While Golden State has been forced to deal with their fair share of injuries (including a nagging knee injury keeping Curry off the court until mid-April), there won’t be many teams around the league feeling sorry for them once the playoffs roll around.

As we finally approach the end of the regular season, the playoff seeding in the each conference is taking shape. And even though the Toronto Raptors and Houston Rockets hold the top spots in the Eastern and Western conferences, they are not the favorites to represent their conferences in this year’s finals.

While every team that qualifies for the playoffs will have a fair shot at bringing home this year’s championship title, there is a reason the NBA Playoffs are different from NCAA March Madness; with a seven-game series format, the best teams almost always find a way to come out on top. This means that some of this year’s best success  stories of Donovan Mitchell and the Utah Jazz, or Damian Lillard and the Portland Trail Blazers will likely come to an end in short order.

As for the Eastern Conference, LeBron will find a way like he does every year. For this year, it won’t matter that the Raptors look like a more complete team than ever before or that the Philadelphia 76ers will continue to “Trust the process” behind the likes of budding superstars, Ben Simmons and Joel Embiid.

With the level of play that LeBron has sustained this season, there is little reason to believe that his incredible streak of seven consecutive finals appearances will come to an end this year. With that being said, he will surely be tested more against Eastern Conference challengers this year than he has been in previous years.

And much to the dismay of fans around the world, the Warriors will pull it together and become the last team standing out of a Western Conference loaded with teams dying to knock them off their throne.

Regardless of how the season has played out thus far, there has still yet to emerge a team capable of beating the new-and-improved Golden State Warriors in a seven-game series. Granted, a heavyweight battle between the Houston and Golden State in the Western Conference Finals would make for great entertainment. But a team with Kevin Durant, Stephen Curry, Klay Thompson and Draymond Green is built to beat any opponent in a seven-game series.

When all is said and done with the 2017-2018 NBA season, the Warriors will once again make quick work of LeBron and his Cavaliers in their fourth consecutive NBA Finals matchup, despite LeBron’s best efforts to change the ongoing narrative that he can’t win on the sport’s biggest stage.

You heard it here first: the Golden State Warriors will be crowned NBA Champions this June. Only this time, Golden State will spare Cleveland the trouble of playing five games; they will complete a four-game sweep over LeBron and company in what will be his last season carrying the entire city of Cleveland on his shoulders.

Denison women’s cross country, a team to be feared