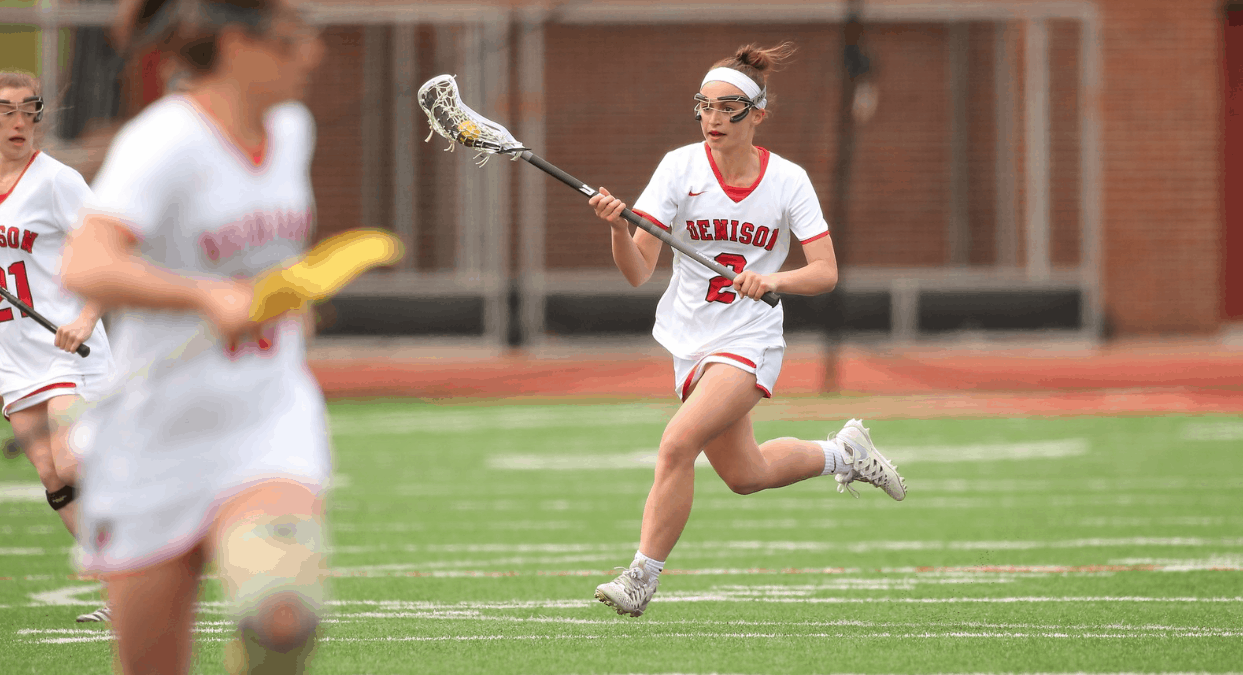 TEDDY AUMAN — The Denison Women’s lacrosse team brought the heat during this past Saturday’s game against Allegheny. The team is now 5-2 as we approach the midpoint of the season.

After out-playing an excellent Allegheny team on both sides of the field for two halves, the final score read 21-9.

Denison’s superior defense forced Allengey way out of their boundaries on offense and opened the field for the sizzling Denison offense to toss up 21 goals.

During a fast paced and competitive first half, midfielder Lindsey Karsh ‘21 and attack Claudia Rafi ‘18 carried the team offensively.

Both Karsh and Rafi finished the first half with a hat trick. Midfielder Lee Hayman ‘20 also came up big by scoring two goals.

The Big Red came up huge, finishing the first half with a whopping 16-6 lead on Allegheny. The Big Red went back to the locker room with their heads held high in anticipation of one more half to play.

With three goals in the first half, Rafi came up clutch with her fourth goal of the game in a man up situation. With help from fellow teammates, Maddy Heher, Leah Israel, and Paris Healey, the Big Red finished the second half with 5 goals.

As the final seconds wind down the scoreboard displays the dominant 21-9 over Allegheny victory.

“A dominant performance by both our girls on offense and defense allowed us to have this 21-9 victory”, said midfielder Ally Zimmer ‘21

As the Big Red enter the second half of their season, they look to continue their streak of success by hopes of increasing their NCAA ranking. Over the course of the season, the Big Red have earned a 6-2 record. As the season began, Denison started 2-0, but eventually lost to #1 ranked Gettysburg.

After that loss, they began another two game win streak, with a double OT win against Illinois Wesleyan and a solid win against Dickinson.

They then managed to finish out the month of March going 2-1, with a loss to Rhoades, and wins against Baldwin Wallace and Allegheny.

Entering the final month of regular season play, there is much anticipation for the remainder of the season. According to Zimmer, this solid group of girls has what it takes to finish out the season with great success.

The Big Red are away in Gambier, Ohio as they face Kenyon on Saturday at 11:00 AM.