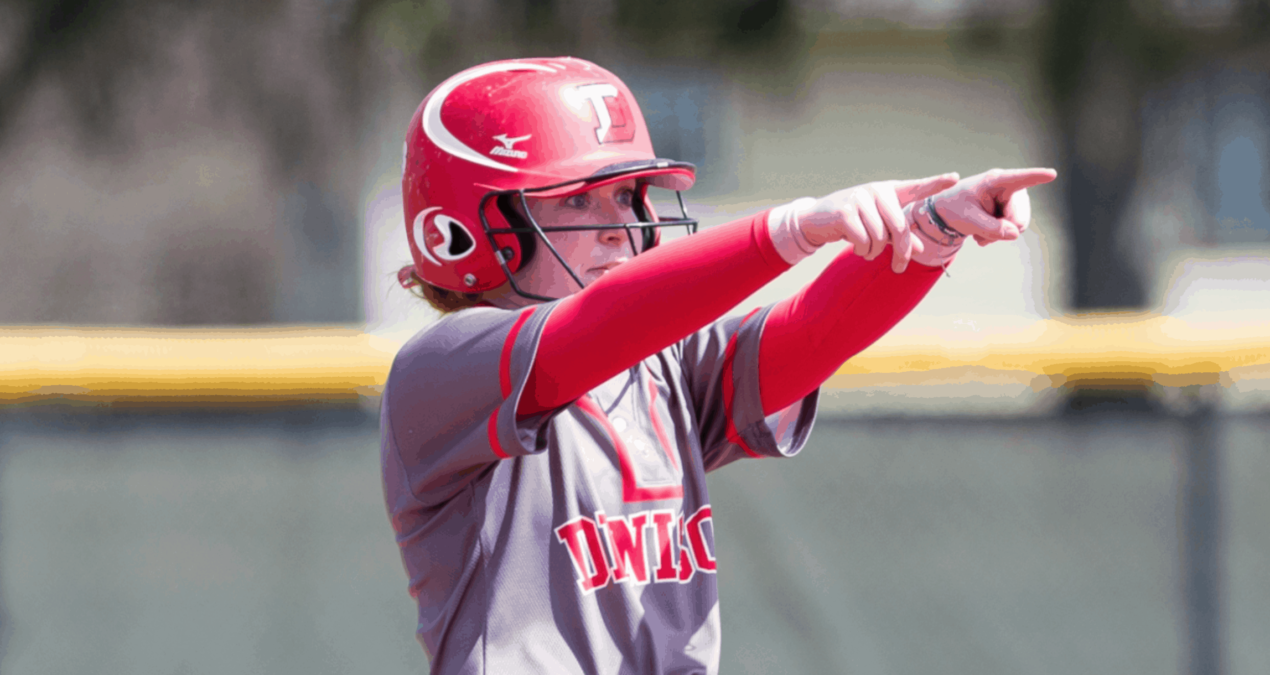 TEDDY AUMAN — After several mid-week cancellations, the Big Red head into the final part of the season red hot.

These past two weeks, the Big Red Women’s Softball team won seven out of their eight games in two scheduled doubleheaders against Hiram College on Saturday, Capital University on Sunday, Marietta College on Wednesday and Depauw University on Thursday.

Entering Saturday’s matchup with Hiram, the Big Red looked to continue their hot three-game win streak and fought to defend their home field against the Terriers from Hiram.

The Big Red were able to claim a win in their first game of the double header thanks to third baseman, Emilie Fisher ‘20 and second baseman, Ricki Asher ‘19. Fisher was able to collect two hits, score two runs and drive in three runs. Asher ‘19 finished the day with two runs, a hit, and two runs batted in.

After five innings of play, the Big Red were able to claim another victory to sweep the double header. Thanks to a dominant performance by first baseman Lauren Secaras ‘18 and Amanda Howell ‘19, the Big Red were able to come out on top. Secaras completed the game with four runs, two hits, and four RBIs and Howell completed the game with three runs, two hits, and three RBIs. After a strong performance by the Denison offense they topped Hiram 22-1.

With a dominant performance on Saturday, the Denison Big Red laced up again to face the struggling Capital University Crusaders (6-29).

Over the course of 5 innings, the Big Red again came out victorious for the third time in a matter of 2 days. Thanks to another strong outing by Secaras and Fisher, the Big Red swept their second double header in as many days. Secaras finished the day with three runs, one hit, and one RBIs, and Fisher with two runs, two hits, and two RBIs.

The Big Red again took the field against Marietta University in Marietta, Ohio the following Wednesday. After a dominant performance on both sides of the plate, the Big Red were able to win both games of the double header against the (15-19) Marietta Pioneers. The first one game by way of an 8-1 victory. The second game finished 11-1.

The Next Day the Big Red traveled back to Granville to play a double header against the Tigers of Depauw University (17-18). This double header was especially important because Depauw and Denison came in tied for second in the NCAC.

The first game resulted in a highly competitive matchup between the Big Red and the Tigers. Unfortunately, Depauw came out with a 1-0 victory.

Needing a win to remain tied in NCAC play, the Big Red came out fighting and escaped with a 5-4 victory.

In their final double header of the season, Denison topped Alleghany 9-0 in the first game, and 9-5 in the second.

They’ll look to continue their winning ways when they take on Depauw in the first round of the NCAC tournament on Friday, May 4.