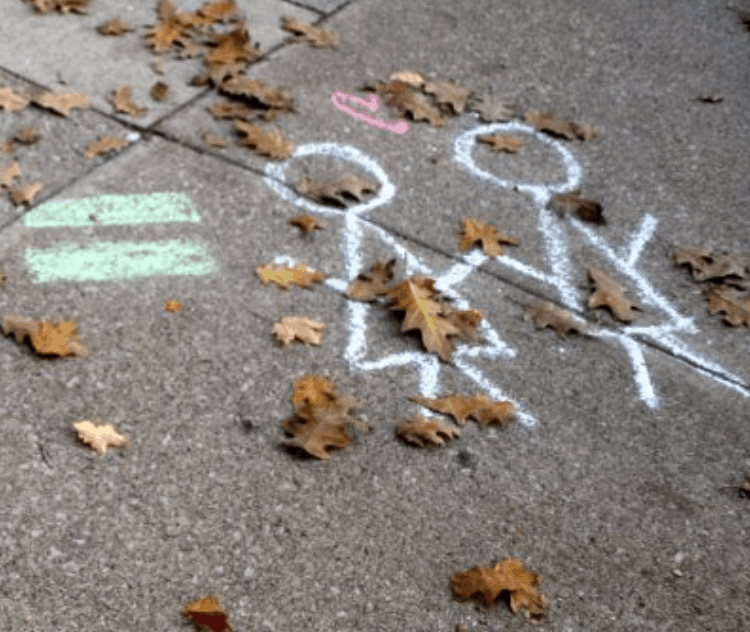 Denison’s largest student organization, Outlook, an LGBTQ+ student organization, hosts events last week to garner a sense of community and support for those continuing to navigate their identity. Outlook is open to all and encourages people to be brave about embracing their sexuality and gender identity on campus. The annual Coming Out Week was celebrated, by Outlook, to honor the 30 year anniversary of National Coming Out Day.

Here at Denison, an entire week is dedicated to the Coming Out Day. There was full of activities and events, such as parties, poetry reads and speakers in support of the LGBTQ+ community on campus.

Members of the vigil circle supported each other as some speakers came to the center of the crowd to share their story. As the candle-lit vigil continued, many more Denison community members came and joined, listening to the stories and trying to block the candles from the strong breeze.

Other events throughout the week included a chalk drawing on Reese Shackelford and an open-mic night on Monday. On Tuesday there was a party with Queer members of the Denison staff. On Wednesday there was a speaker, Eric Alva, at Herrick hall. Friday saw the showing of the movie Babadook in Slatyer, an Outlook partnership with the Denison Film Society, and a party later that night.

“This week is super important. Outlook has existed on campus for 30 years now, and throughout that time LGBTQ+ have not fully been accepted. Even today we are not fully accepted,” said President of Outlook Serena Allegro. “Coming out week is a week for us to show we are here and we are proud. Also a time for us to be with each other and show our community on campus.”

Amber Owens ‘21, anthropology and sociology major and the secretary of Outlook, said “We got amazing support. Everybody did great job organizing, and we’re looking forward to next year.”

If you wish to hear more about Outlook and their events this year, reach out to Owens (owens_a2) or Allegro (allegr_s1) for information.