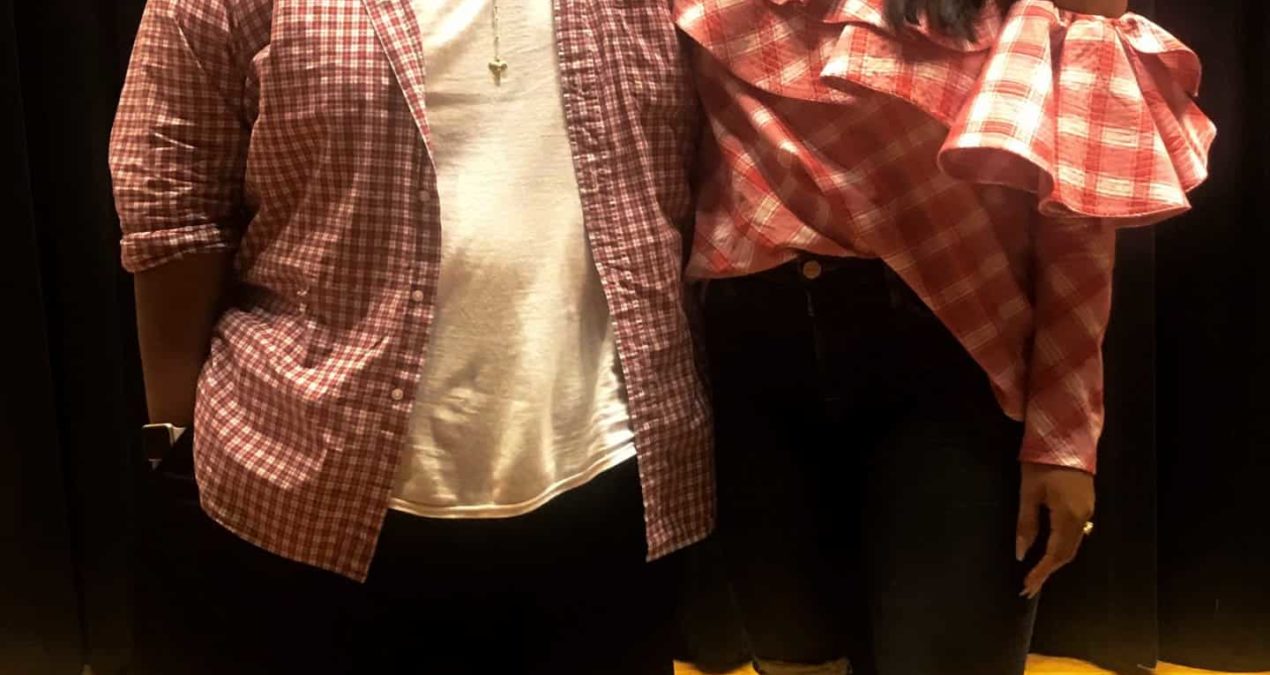 “You’re gonna know a lot about me by the end of this— because the personal is the political,” states Prisca Dorca, without a hint of apology. It’s 6 p.m. on October 8, and she’s curled into a teal armchair on the stage, brimming with passion and excitement.

Born in Managua, Nicaragua, Dorca is a story-teller, feminist and public theologian; full of fire and Spanglish sayings, cultural insights and fierce love. Her work surrounds making accessible “the theories and heavy material that is oftentimes only taught in the racist/classist institutions known as academia,” as her website reads, which in part is what prompted La Fuerza Latina to invite her to speak.

“La Fuerza brought Prisca because she is a prominent female latinx whose way of relaying information is accessible and relate to not only latinx women,” shared Armando Roman ‘19, the president of the group, “but also because she encompasses the struggles that brown people experience in attending a predominantly white institution like Denison.”

Dorca graduated from Vanderbilt University in 2015 with a Masters in Divinity. Yet despite her multidisciplinary background, she doesn’t seek to “reclaim the pulpit”— she prefers to sit in front of her audiences as she did in Denison’s Higley Auditorium, doling out wisdom and witticisms living-room style.

She’s not someone in favor of building bridges, of speaking in a way your oppressor can understand. Instead, her talk on campus began with a lengthy disclaimer. Spanish phrases would be included in her speech, as well as obscenities, because these are part of her daily life— why shouldn’t they be accepted in academics?

“I am a storyteller— in a style that’s officially called non-linear logic,” Dorca went on. “I call it abuelita logic.”

Through poetry and prose, Dorca spoke to her experiences attending a primarily white institution (PWI) as a cis, queer, brown latina woman. In college, she faced a lack of resources and cultural understanding that was at times hard to bear. These circumstances led to anxiety and imposter syndrome as she completed her degree.

Yet as she found her way at school, Prisca Dorca described learning the opposite lesson upon returning home. Armed with newfound knowledge, she struggled to relate to her parents who seemed stuck in their ways.

“In my wokeness, I had forgotten how to talk to mi mami,” she relayed. She had to realize her mother had gotten all the education she had had access to, leading her to understand their differences in a new light. “I am mi mami’s revolution,” Dorca explained. “To ostracize is to say everything she put into me wasn’t good enough.” This realization in turn provided valuable insight on her education at a PWI: “The minute my education teaches me to look down on others, it has failed me.”

“I think people forget that everyone has a context. We have to understand everyone has a bias,” Dorca shared. She’s a fan of post-modernism as a result, and addresses much of the context that she observes through work addressed to herself, her partner, her family, and those who share her identity. In 2013, she founded Latina Rebels: an Instagram page bursting with quotes and validations, that now has over 112k followers. She’s published over 200 articles online, and has been featured in several notable publications. In 2016, her biopolitical writings even scored her an invitation to the White House. From her lived experiences and lengthy accomplishments, Prisca Dorca knows what it means to create space.

As the evening wore to a close, she concluded with a reading of the poem that, when first published in the Huffington Post, had propelled her into the limelight.

“Woke brown girl, do not let them take away your passion. And boy will they try, without any compassion, to keep you down. But remember that without passion you will extinguish, and if for some reason you do and you might, there will be other woke brown girls to pick you and light you up again.

Because, woke brown girl, we need each other.”