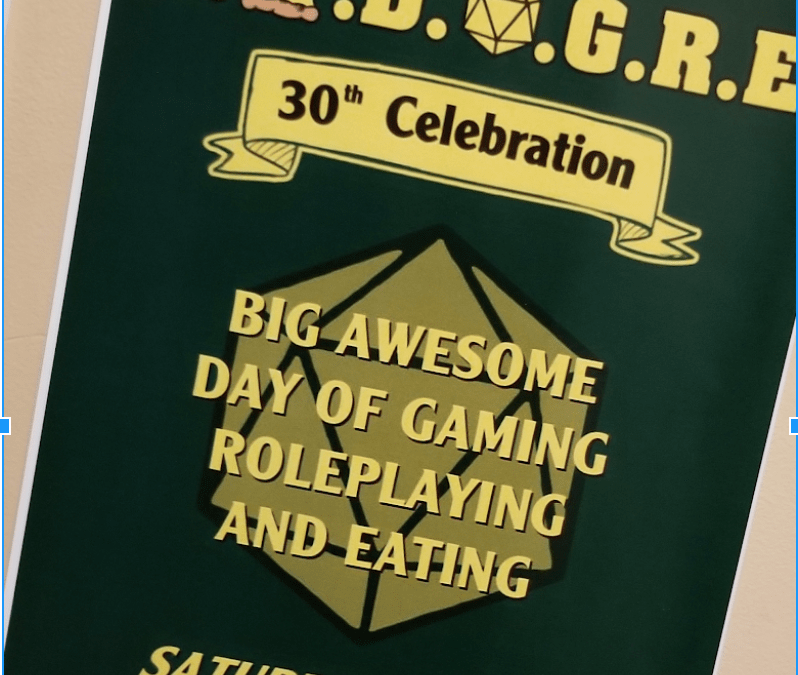 The Dension Gaming Guild celebrated their 30th anniversary of the Big Awesome Day Of Gaming, Role playing, and Eating or BADOGRE on Saturday, November 10th.

Every fall the Denison Gaming Guild holds a twelve-hour Saturday event where current students and alumni are invited to participate in a variety of games.  BADOGRE consists of a plethora of events like video games, board games, and tabletop games like Dungeons and Dragons. The events are run by different people in one big convention. There is a dinner of pizza after a riveting, cut-through, hungry-hungry hippos tournament, where was a mandatory event for all attendants.

Later in the day, there were panels and speeches in a variety of topics, including video games such as Zelda exploring how all the games fit into a timeline, and physics theories such as the Time Cube theory, a theory posed by Otis Eugene te self proclaimed “wisest man alive” on how time works like a cube. The night ended with a midnight screening of the Kickstarter movie Dark Dungeons based on the comic of the same name by Jack Chick.

The past students and current students joined forces to put the event together with many events throughout the day. There were also multiple programs that attendees of BADOGRE could sign up for too, such as the one-shot Role Playing Games, where students put together about 3-hour long gaming campaigns. One- short role playing games are designed to be played in a single day and usually involve fighting opponents or solving problems.

Ben Keefer, a senior philosophy major from Jackson, Ohio described BADOGRE as, “really great to have the opportunity to enjoy games with both current gaming guild members as well as alumni members who came back to visit.”

BADOGRE is a grand collaboration that happens once a year, but it is not the only time that gaming events such as these take place. Every Saturday and Wednesday the Denison Gaming Guild holds a gaming night at 7 pm. There are also opportunities to participate in a variety of semester-long RPG (role-playing games) campaigns, that are held throughout the week and run every semester.