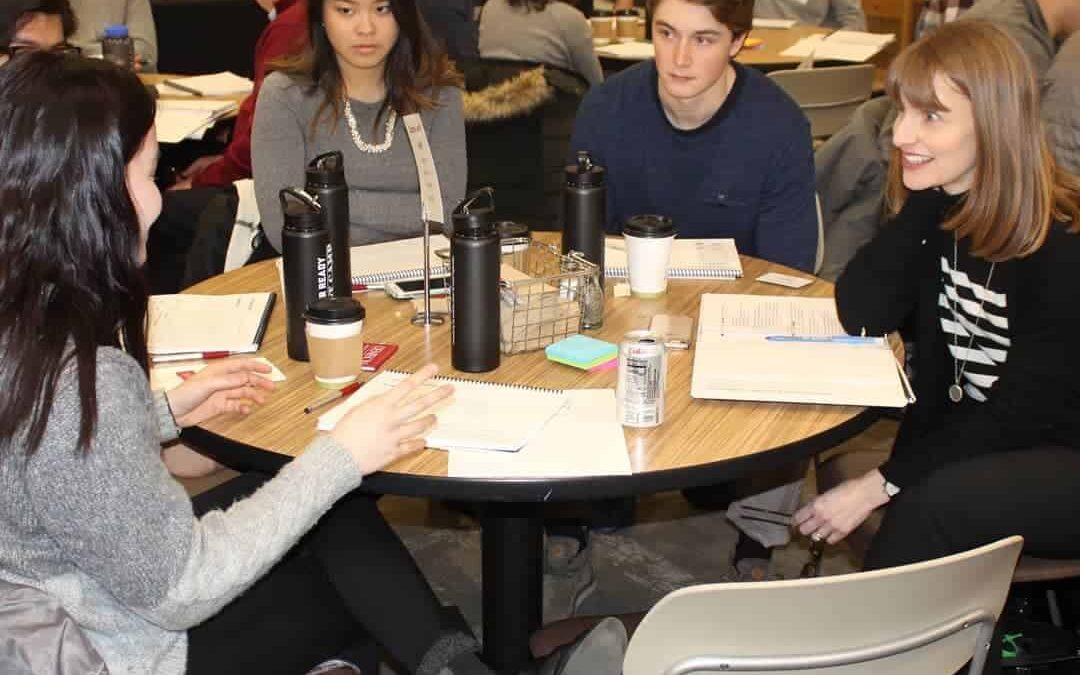 JOANNE LEE — While most of us may have spent winter break thinking about future career plans,  33 sophomores, juniors and seniors spent the last 3 days of break in an intensive Career Ready Boot Camp hosted by the Knowlton Center to learn about networking, work on resume and cover letters, and jumpstart their career search.

Students were up bright and early, starting with breakfast and a Design Your Life workshop based off of Stanford University’s most popular class, where students designed 3 alternate versions of their lives and careers. Students were encouraged to think outside the box and explore options completely different from conventional societal standards and by the end of the workshop, ideas ranged from opening a restaurant in New Zealand to achieving world domination.

Next, students were split into different groups by graduation year and were able to work on their resume and cover letters through online resources such as VMock; in addition to learning how to network both online through platforms such as Wisr and LinkedIn. Those two workshops served as preparation for face to face interactions in Columbus to meet with successful employers.

The next morning, students were up bright and early meeting in The Mitchell Center at 7:45 AM for a long day in Columbus visiting companies and hearing from them on what they look for in successful applicants. Groups were split up into two, based on their interests, and one group visited Ologie, Grange Insurance, and L Brands, the parent company of Victoria’s Secret, PINK, and Bath and Body Works. The other group visited Alliance Data, Nestle and Root Insurance, a car insurance company.

After a jam packed day of visiting companies, students headed to Brickler & Eckler for a networking event with Denison Alumni. The event provided students an opportunity to connect with alumni in a low pressure atmosphere.  The day ended with dinner at the famous Schmidt’s Sausage including their scrumptious cream puffs.

On the final day, participants headed to the beautiful Bryn Du Mansion, where students were able to apply all the skills they learned over the past two days through the Career Ready Interview Success Program (CRISP). The program involved a mock interview to an internship opportunity of their choice. All the resume and cover letter building skills, making positive impressions, and articulating one’s unique values were utilized through CRISP and students received detailed feedback.

As someone who had never attended a networking event or thought about internship opportunities, I found it useful to meet alumni and learn about what they did to get to where they are now. Working closely with the Knowlton Center staff on my resume and cover letter was also incredibly useful. Through this experience, not only do I have a completed resume and a list of resources available to me, but I also have made connections with career coaches at the Knowlton Center that I trust, and feel comfortable talking about my goals and seeking advice on how to achieve them.