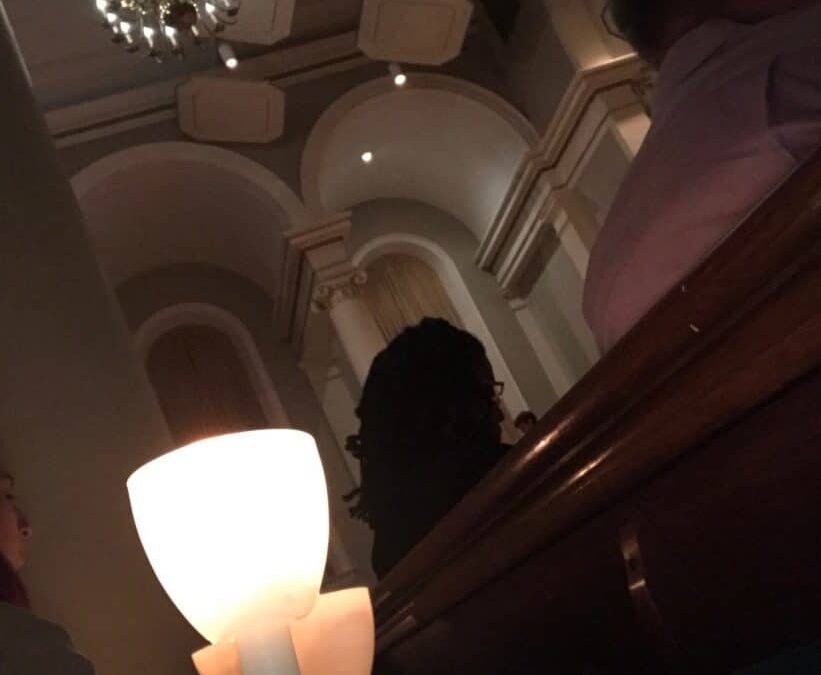 Writing this week’s edition has been the hardest piece of writing I have ever tackled. I met with many people trying to figure out how exactly this could be done. This paper has covered death at this school before, but I never thought it was a responsibility I would have to deal with. My fear was handling this wrong.

But then President Weinberg said something at the candlelight vigil that reminded me why we had to publish this. It was an obvious statement, but one that we often forget of each other and ourselves. He said that the students at Denison matter, that Sean mattered, that mental health matters.

If we don’t publish, it feels like we are ignoring what happened or brushing it away. I don’t want to grieve and then go on pretending like mental health isn’t a problem every day. We can’t move on without trying to make a change.

So, we had to write. But Sean isn’t just some news story and we don’t want to be some paper that is trying to get the scoop. We want to honor him and memorialize him. That’s why we decided to have a special four page edition in place of our regular layout. The thought of publishing an article like this next to one about a construction update or new food at the dining hall pained me. We can’t possibly publish anything else. Because this is all that matters. Everything else will be there tomorrow, but we have to be there for each other right now.

We tried to write this correctly as well. We asked some of his friends to help me share the person Sean was to those that knew him best. I wanted to respect their privacy by not asking too much of them, and not sharing their last names. My hope was that the people on campus who didn’t know Sean could learn why his loss is so devastating. I am still worried that we did it wrong. I’m so, so sorry for Sean’s family and friends that he is gone. I hope this helps in some, any, way that it can.

I knew we had to write something because The Denisonian has covered death at Denison before. Unfortunately, there was a precedent to go off of when considering how to publish this edition. Three years ago, current seniors were freshman. At that time, they were grieving for another student that struggled with mental health and committed suicide.

As I looked at the edition of The Denisonian that followed that death, I was reading the same words that people are saying this past week. It seems that little has changed in the conversation around mental health in those three years.

There is a stigma around talking about mental health, and it has to stop. We have to do more than post the national hotline and ask for more counseling hours. There has to be more than that. We have to share our stories. We have to seek understanding of each other.

I worry about this next section. On one hand, I want this to be about Sean and only Sean. This isn’t about me or the staff or anyone else. This is all in memory of Sean.

But, on the other hand, I can’t write this about him and share his vulnerability without also being vulnerable. We need to create a space for everyone to be willing to share the darkness and the light that we live in. We need to know the good and the bad, so that others can also share and we can normalize this conversation. Sharing what’s in our mind has to become an everyday practice.

So, finally, here is my own story of dealing with depression.

I became depressed for the first time as a kid and I lived with it for years. However, I never had a word to describe what I was feeling. I would go in and out of dark periods, and I told no one.

Then I got to Denison, and it got worse.

Freshman year was the worst year of my life. I never tried to kill myself, but I wanted to die. Not only did I not want to live, but I felt like a burden to this world. I was in the way. My heart aches for anyone who was in such a dark place that their life ends like that.

I couldn’t explain how I felt to anyone, and because of that I felt crazy. I thought there was no way out except feeling lost forever. I liked when it rained because I could cry and say that it was just rain on my face. My friends and family became concerned, and then I felt guilty that they had to worry about me.

Everything about freshman year is a blur. One of the few positive memories I have is taking my freshman writing class with Sean. He always said hi to people at the start of class.

At first I couldn’t ask for help. People say to reach out for help if you need it, but the last thing I had was the courage to admit I wasn’t perfect or able to handle it. I didn’t want to reach out, because I thought I didn’t deserve help. If someone cared about me, I thought, then they would notice I need help.

Then, I tried to tell my high school friends about depression. They said they didn’t understand how it works.

This is a briefing of my depression, and there is a lot that I left out. I’d be happy to share more with anyone who needs to talk and share their story. I wanted to share so that we can stop pretending that people don’t deal with this. I can count on more than two hands the amount of close friends that have dealt with mental illness. It feels as common as the cold, but we aren’t scared to talk about having a cold.

We need to be able to recognize the signs of depression and mental health issues better. We can’t put “getting help” solely on people that already feel helpless. We need to be there for each other and tell people their issues are valid. Please read Sophia Bellone’s piece with a kind and open heart. Starting next week The Denisonian will have a weekly column about mental health. We will explain different illnesses and how you can recognize them in yourself and others. I’m tired of thinking we’ve done enough by providing counseling, medication or the hotline number. We can do more. We have to do more. For Wendell Jackson ‘17, who died in 2015, and for Sean Bonner ‘20, we will do better.

Student employment now a function of the Knowlton Center, tiered wage system in the works