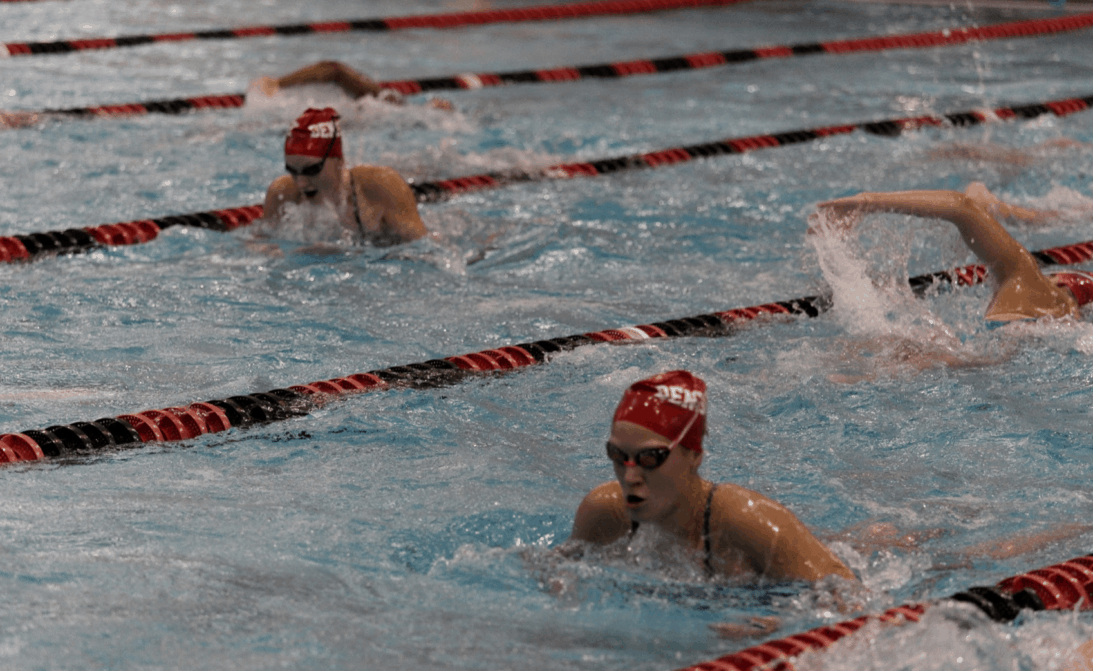 JOANNE LEE — The Denison Swim and Dive team is the number one ranked team among Division III schools, and they didn’t earn that title for nothing.

While the rest of the campus may have enjoyed some down time over winter break, the Denison Swim and Dive team traveled to Naples, Florida for their training trip on December 31st in preparation for the upcoming meets this season.

For Sam Jo ‘20, a transfer student, it was an intense experience. “We practiced twice a day, from 5am to 7am and 1pm to 3pm. It was a tough 10 days, and we only had two breaks when we didn’t have afternoon practice and where we spent team bonding time at the beach.”

On January 18th, the team returned to action with a meet against the University of Pittsburgh. Although Denison suffered a loss against the Division I team, many held their own despite the tough competition in addition to the swimmers’ exhaustion coming straight in from over two weeks of intensive training.

The women’s team started off strong, with the 200 medley team of Angela Le, KT Kustritz, Maddie Hopkins, and Gabriella Nutter tying for first place with a ‘B’ cut time of 1:44:84. In addition, KT Kustritz posted two more first place finishes in the 50 and 100-yard breaststroke with times of 28:47 and 1:02.15 respectively while Maddie Hopkins was the winner in the 50-yard butterfly with a time of 26.02.

On January 19th, the team was forced to cancel their meet against Carnegie Mellon University due to the snow storms, holding an intrasquad meet instead, where Denison’s 12 senior members of the swim and dive team were honored prior to the start. Many swimmers were exhausted from their meet the previous day, but everyone still gave their all.

With the NCAC Championships coming up in less than a month, the team has started to cut back on their intensity, but not by much.

“We’ve started to taper a little which basically means we’ve started to cut back on the intensity. Although the swimming intensity is still the same, we’ve started to lift less heavier weights. Coming into Denison as a junior transfer, I had a lot of adjusting to do, especially during the first semester, balancing swim and academics but the team really came together and were a great help to me, especially the seniors. I’m a little nervous going into the new year, but everyone has been putting in so much effort and working so hard, so I’m not too worried,” said Jo.

The Denison Swim and Dive team will return to action for the NCAC Championships on February 13-16 where they will compete against nine other schools.