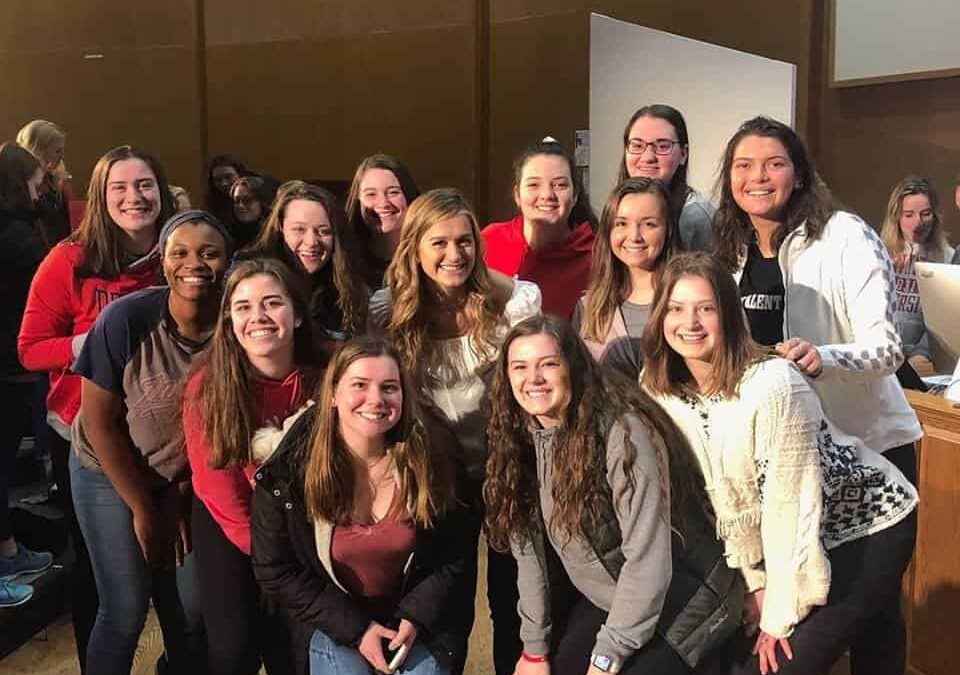 MARIA KILGORE — Nearly 30 percent of Denison students play a varsity sport. On top of these 20 varsity teams, hundreds of students participate in intramural and club teams on campus. The pressures of performance and hectic athletic schedules lead many of these students to feelings of stress and inadequacy. As the Denison community continues an ongoing conversation about mental health and resources on campus, student-athletes are joining in.

According to Alex Tubbs ‘20, a volleyball player from Lakewood, Ohio, the transition for first-years into playing a collegiate sport is a hard one. Tubbs remembers a game from her first season when she was afraid of failure. “I was so in my head and worried about messing up that my coach had to sub me out,” she recounts. Tubbs believes that it is particularly difficult for student-athletes to feel pressured by the expectations of others.

Maddy Heher ‘19, a lacrosse player from Morristown, New Jersey, has had similar experiences. “I deal with performance anxiety,” she explains. Each time she steps on the field, she feels like she is under a spotlight. During her first season, Heher had difficulty coping with this pressure, and she felt like she wasn’t playing like herself, even though she had been playing lacrosse for nearly 15 years. Heher was afraid of judgment, afraid that just dropping the ball would single her out as a failure. The experience was isolating and led her to play an entire season believing she was not good enough.

Despite these difficult moments, both Tubbs and Heher agree that there are emotional benefits to sports as well. Tubbs remembers a time when the volleyball team prepared for an important game by sharing with one another how they could be supported. She describes, “I mentioned that I needed to be reminded that it’s okay to make mistakes. Then, during the tournament, after I made an error, one of the girls came up to me and said ‘it’s okay to make mistakes, remember?’” For Tubbs, these moments of support came once she got out of her head and allowed herself to be vulnerable with her team.

To promote vulnerability and honesty about mental health, Heher brought Victoria Garrick, a University of Southern California volleyball player and mental health activist, to campus last month. Garrick spoke to students about the reality of mental health in athletics, stressing the importance of removing the stigma around mental and emotional stress in sports. She said, “Mental illness is associated with weakness, and to appear weak is the last thing an athlete wants.”

Dr. Robert Bennett III, a professor in the Health, Exercise, and Sports studies department, sees a similar danger in athletics as Garrick. He recognizes that “[for] intercollegiate athletics, winning has always been the ultimate goal.” However, Dr. Bennett believes that Denison has a different approach, explaining “I have seen our coaching staff prioritize the well-being of their student-athletes making sure their personal and academic lives are balanced with their participation in sport.”

It seems to find that balance is the ultimate goal of sports teams here at Denison. While participation in a sport brings with it expectations and demands, with a balance of sport and health comes the reward of supportive teams and moments where hard work leads to success.

Exploring the identity of Africans in the U.S.