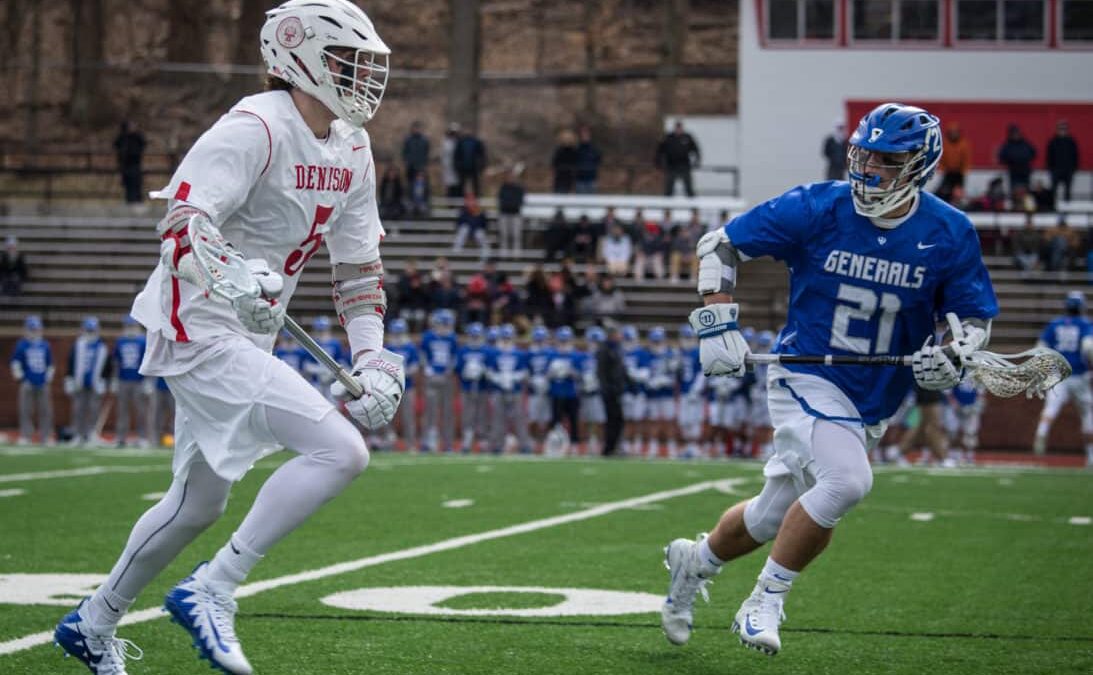 ETHAN HORGAN — The Denison men’s lacrosse team has faced a gauntlet of a schedule to start the year.

Spencer Butler ‘19 spoke to the team’s difficult schedule in the early part of the season. “So far our season has been going very well. Having a strong strength of schedule, particularly during the beginning of our season, gives us a lot of opportunities to really grow as a team earlier, rather than later.”

Having already faced three ranked teams, the Big Red picked up a big non-conference road win against twelfth-ranked Roanoke College this past Saturday.

Opening up the game against Roanoke, the Big Red took control in the first quarter with a 3-1 lead, followed up by a massive performance in the second quarter with another eight goals to add to their two-goal lead from the first.

Denison never looked back after opening things up in the second quarter and ended up running away in convincing fashion, winning by a final score of 20-6.

Brooks Davy ‘19 led the way with five goals and an assist. Peter Pittroff ‘20 added four goals and three assists. Chris Haimbaugh ‘19 netted three goals to finish with a hat trick of his own.

Butler reflects upon how the team’s approach changed following the loss to Stevenson in the week prior to their matchup with Roanoke.

Butler also reflected upon how important it is to maintain a positive mindset moving forward regardless of the early-season results.

“In terms of our morale for this team, our mindset is ‘us’. The only thing really standing in our way is Denison Lacrosse. Can we face and attack adversity, and not cower from it? Can we continue to grow throughout the season and take those necessary steps to become great?” Butler said.

He continues, “With that being said, we’re not really too focused on other teams in our conference or our division, and that’s not cause we don’t respect them. That’s just because how we as a team are improving. How we are playing is far more important than who we are playing.”

The Big Red improved to 2-1 on the young season with their statement win over Roanoke and will look to carry some of that momentum into conference competition.

They will take on their first North Coast Athletic Conference opponent when they square off against the DePauw Tigers on the road on Saturday, March 9. The Tigers will enter the game having fallen short in their first three games this season.