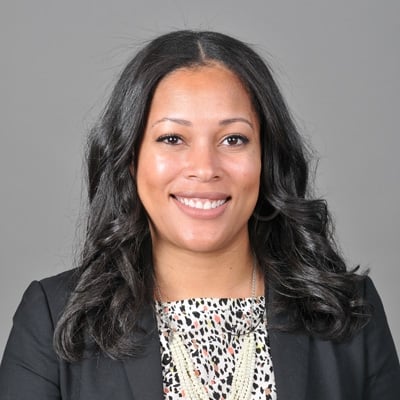 AARON SKUBBY, Asst. News Editor — After a national search, Denison University has hired Stephanie Jackson as the college’s new Title IX Coordinator. The responsibilities of the Title IX Coordinator are to “oversee programming and education for sexual respect, prevention of sexual misconduct, and to respond to all reports of sex discrimination, including sexual assault” as explained in a news release on MyDenison.

In an email, Jackson explained her background and her goals at her new position. She earned her masters in Higher Education and Student Affairs from New York University (NYU) and then earned her J.D from Wake Forest University School of Law. Throughout her education and career, Jackson has worked extensively with students as well as in law. After college, she worked at NYU as the Coordinator of Student Activities, and she was a Graduate Housing Director at Wake Forest. She was awarded the Dean’s Leadership Award and Suzanne Reynolds Change Maker Award while at Wake Forest University.

After graduation, Jackson worked at a law firm in Cleveland, Ohio where she “gained a strong working knowledge of relevant state and federal laws, including Title IX, IDEA, Title II and the ADA and 504 Compliance. In addition, I have established experience investigating allegations of student and teacher misconduct, violations of school codes of conduct, and other various issues related to school law and policy,” as explained in the email.

Sexual respect is an increasingly relevant issue both on college campuses and in the national dialogue. In 2018, Denison University had 10 reported rapes. It is critical to have proactive and reactive resources in place to deal with issues of sexual misconduct, harassment, and violence.

News of her hiring was officially released on MyDenison on October 23. Jackson shared some hopes and plans for the upcoming year. “I look forward to using my personal communication skills to build strong relationships with students, faculty and administrators to help promote a climate of sexual respect among the Denison campus community and to reduce the risk of sexual violence,” she wrote in a personal email to The Denisonian.

In terms of plans and programs, she highlighted that “Denison University has actively created a plan to combat sexual violence on campus and create a community that values sexual respect.” “As the new Title IX coordinator,” she said, “I am excited to champion this mission and to support the Denison community’s understanding of their respective rights and resources, and to provide the support needed during traumatic and difficult times.”

Jackson recommends that “anyone – faculty, staff and students – interested in joining this mission of fostering a community that values sexual respect and inclusivity are encouraged to join the Denison Coalition for Sexual Respect (DCSR).”