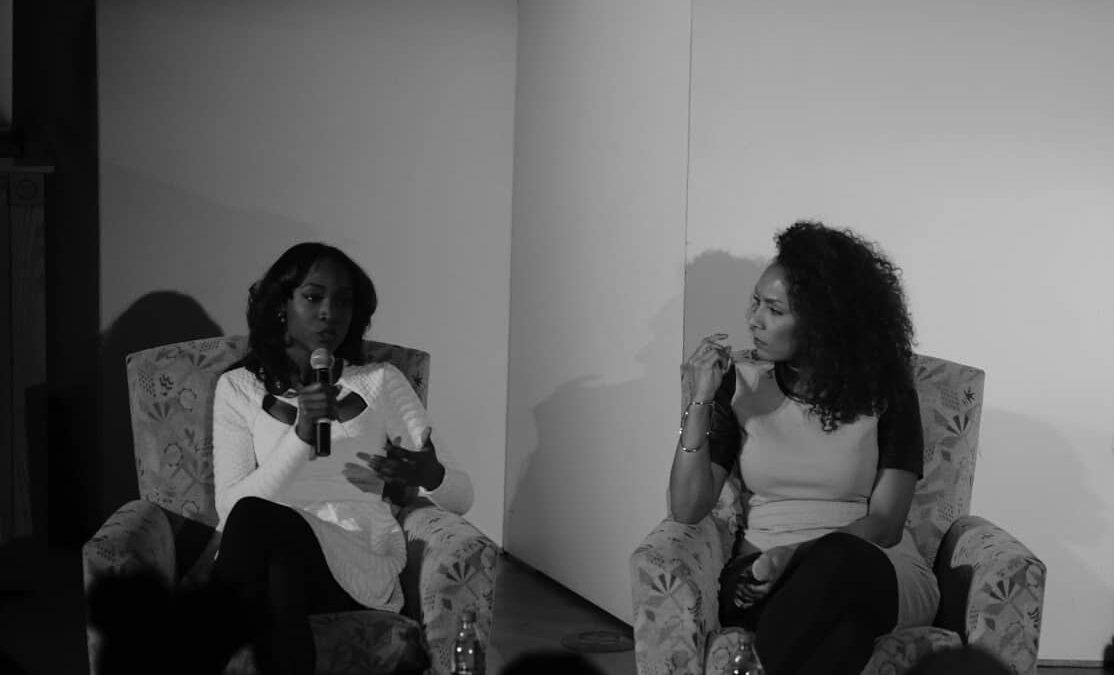 Pioneering trans-activists Janet Mock and Angelica Ross spoke to a packed Herrick Hall as the two discussed issues that impact the LGBTQIA community both here at Denison University and in the wider world.

Mock and Ross participated in a discussion with Outlook President Brian Allen ’17 serving as the moderator. After the moderated part of the event, the guests fielded questions from students about their opinions on a range of LGBTQIA topics.  The event concluded with a meet-and-greet with the remaining students where students and staff could take pictures with the guests.

Mock is the author of the book Redefining Realness: My Path to Womanhood, Identity, Love & So Much More and a well-known LGBTQIA activist in the mainstream media. Ross is the founder and CEO of TransTech Social Enterprise.

Throughout the event, Mock and Ross discussed hot button topics relating to sexuality and gender. Some of the topics brought up were in relation to the privacy rights of LGBTQIA individuals.

Erin Katalinic ’16, the President of Denison Feminists, states, “I greatly enjoyed Ms. Ross’ quote about how if someone asks you a stupid question, you don’t need to answer it. I believe that we are socialized, especially marginalized groups, to answer whatever probing questions about our personal lives and identities that we are asked. It’s considered rude to refuse to tell someone how you identify or what your ‘marginalized credentials’ are. It is such a feminist and revolutionary idea to believe that we just don’t need to answer a question that we feel invades our privacy and/or pushes our boundaries. It is a notion that I would bring up every day of my life if I could”.

The facilitated discussion had an impact on the academic departments here at Denison. Dr. Warren Hauk, Director of the Queer Studies Program, said, “The thoughtful and important perspectives that Janet Mock and Angelica Ross brought forward have generated a lot of discussion among queer studies faculty, and among students taking queer studies courses. The intersections of gender identity, race, and class are central to many challenges that our culture faces in 2016.”

In addition, “Queer studies faculty have nominated Janet Mock’s book Redefining Realness as a text to read and discuss in our summer faculty reading group. Some faculty will explore using selections from the book in QS 101, Introduction to Queer Studies.” Said Dr. Hauk.

The event was a platform for a facilitation of dialog around the issues and the discrimination faced by trans people.

Brian Allen reflects, “I do not think that anyone in this world can argue that they have worked as hard to truly be who they are than trans people do — everyday is a fight for survival for some (and this is due to many factors) especially those that lay outside the ‘normal’ realm of gender. Janet and Angelica remind us that we need to recognize everyone’s experiences in a meaningful way.”