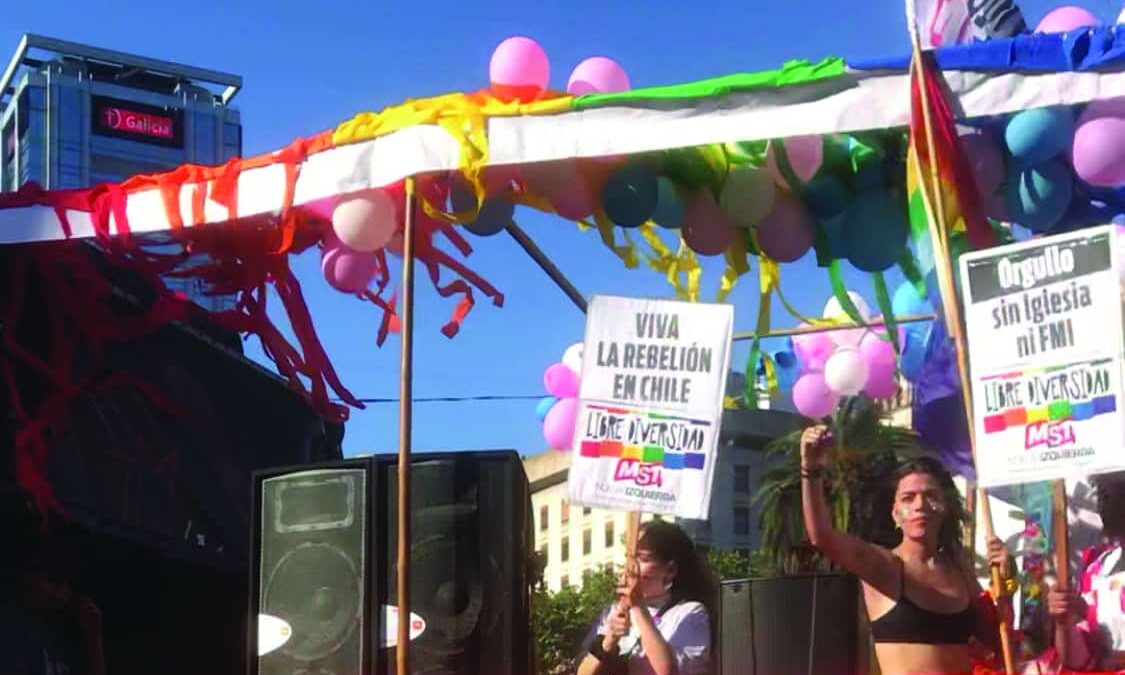 MAX CURTIN, Editor-in-Chief—Reports are estimating at least 20 deaths and 2,500 injuries in the weeks of civil unrest in Santiago, Chile.

Just over one month ago, a $0.04 (or 30 pesos) metro fare price hike on October 18 proved to be the tipping point for the nation’s capital, which has now experienced weeks of unwavering organized protests.

Anthony Faiola and Rachelle Krygier of the Washington Post reported on November 14 that much of the public animosity for Chileans stems from “a new middle class [that] fears slipping back down the socioeconomic ladder” in the years following a commodities boom that gave a major boost to the economies with an abundance of natural resources at the beginning of the 21st century.

The violent protests in Chile, which Faiola and Krygier have identified as “grass roots rage,” have boiled over after disproportionate pressure being thrown on the backs of the middle class.

The Organisation for Economic Cooperation and Development (OECD) is an intergovernmental economic cohort of 36 countries, and Chile sits atop this group with the most pronounced income inequality, as measured by the gini coefficient. This metric, as defined by the OECD Data Portal, measures “the comparison of cumulative proportions of the population against cumulative proportions of income they receive, and it ranges between 0 in the case of perfect equality and 1 in the case of perfect inequality.”

The most recent data available spans between 2014 – 2017. According to this data, Chile has a gini coefficient of 0.460, higher than all other OECD member countries, including the United States (0.390).

The unrest has significantly impacted a number of Denison students, including John Fernow ‘20 and Peyton Locke ‘21, both of whom are currently studying abroad on different programs through Denison’s Off-Campus Study (OCS) program.

Locke, who arrived in Santiago on August 20, shares how her semester plans have been drastically impacted by the protests.

“My program is based in Chile, so I was supposed to spend the majority of my time in Santiago, taking a few excursions along the way. I left for a two week excursion to Buenos Aires on October 12… the day before the first protests broke out in Santiago. I have not been able to return to Chile since then, and I’m still not sure if I will be able to before December 2. My program directors still do not think it’s in our best interest to return just yet,” said Locke.

Locke comments further on how she began the semester without a lot of background information on the Chilean sociopolitical climate, but that it wasn’t long before she started learning.

“Unfortunately, I did not know anything about the political state of Chile. We spent the first few weeks of our time in Chile learning about their history, the dictatorship, the political unrest, the extreme inequality between social classes, their education system, etc. Learning about Pinochet’s dictatorship is what shocked me the most… there’s just so many things about it that I never knew before. I had also been taught that Chile is one of the wealthiest and most well-developed countries in Latin America, but what I did not know that it was also one of the most unequal countries in Latin America,” Locke added.

Although Fernow has not had been forced to cope with the same mid-semester changes as Locke, he discusses how flexible he had to be when laying out his academic plans for the semester, which began back in July.

“I knew protests regularly went on because I actually originally planned to study at Pontificia Universidad Católica de Valparaíso or Universidad Técnica Federico Santa María, but had to switch to Universidad Adolfo Ibáñez before coming due to the other two schools having their semesters delayed because of protests. I didn’t fully learn what they were about until I arrived,” said Fernow.

Fernow commented further on his perspective of everything as an American student studying abroad.

“It is without a doubt a very serious time. However, if I had a second semester here planned (I can’t, I’m graduating), I wouldn’t cancel it. Chile has both a lower homicide rate and a higher life expectancy than the U.S. That is not to say you shouldn’t be cautious here, but you should be cautious wherever you are in the world. Overall I’ve found it easy to stay safe. I typically just go a street over and continue on my way if I see indications something may happen. But I do not want to undermine the seriousness of the situation, nor do I in anyway want to insinuate that I am apathetic to it; it does concern me and I do care strongly about it. However, despite living here for four months now, I am still a foreigner — it’s not my country — it is for the Chileans to decide how they want to live, not an American living there on a student visa,” said Fernow.

In addition to Fernow and Locke, the current Level 2 Travel Advisory to Chile has caused multiple students to scramble to change their abroad plans for next semester.

Dr. Katy A. Crossley-Frolick is the Director of Off-Campus Study at Denison. Crossley-Frolick explains the process students have gone through this semester since being faced with impending safety concerns in Chile.

“We had 3 students scheduled to go to Chile next spring. As things have unfolded on the ground we’ve asked students to consider back up locations. One student still plans on Chile (some programs start in February so there is a good amount of time to monitor events and safety). The other two are opting for other locations,” Crossley-Frolick said.