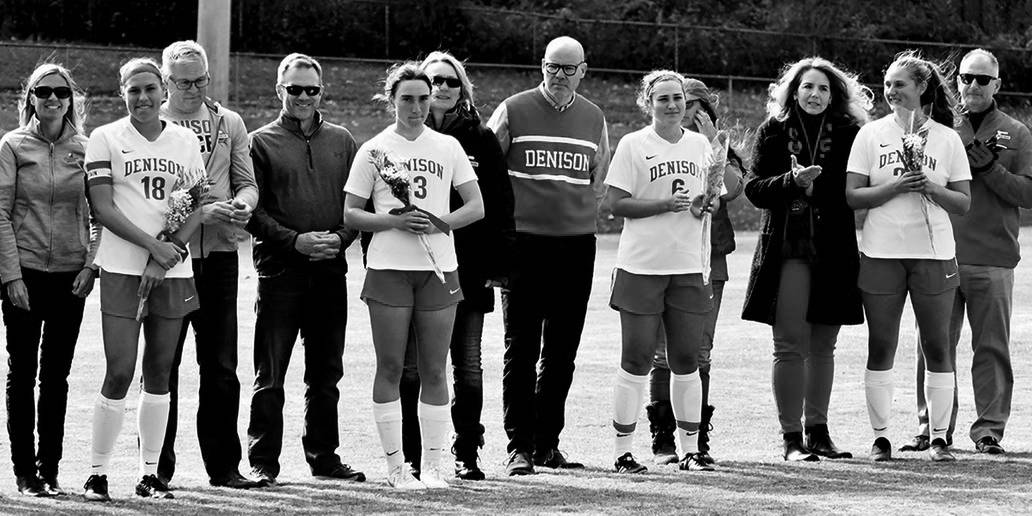 After a rollercoaster season full of devastating injuries, the team has earned a spot in the North Coast Athletic Conference (NCAC) Tournament and finds themselves a prime position to achieve what every team sets out to do before the season: to bring home a conference tournament championship.

Defender Kate Dannemiller ‘21 is one of the team’s three captains this season and speaks to how she and her team have rebounded time and time again from major setbacks due to injuries over the course of the season.

“Resilient is a word that our team has focused a lot on recently. We have had a good amount of injury this season, which is unfortunate, but also uncontrollable. We have learned that when we focus on the uncontrollable, or blame things that we can’t do anything about, then we are losing the mental battle,” Dannemiller says.

It truly is a testament to the hard work this team has put in all season long that they were able to overcome so many early injuries and still find a way to compete at the highest level each game.

“Injury has a way of always bringing our team together and it makes us stronger. While we would love to have those players on the field, they are our biggest fans, and encourage us that if we stick to what we know, then we will be just fine. Our team is full of incredibly talented people, and we know that while injury may bend us, it will never break us,” Dannemiller adds.

Given that the Big Red had already clinched a spot in the four-team playoff ahead of the season finale against Wooster on Saturday, there was no winner-take-all circumstances when they squared off with the Fighting Scotts.

With that being said, there was still plenty on the line. While teams had already secured playoff spots, the winner of the game would secure the higher seed in the postseason tournament.

In what was a tightly contested game from the opening whistle, the Big Red struggled to generate consistent offense. Although they out-shot the Fighting Scotts 7-4 in the first half, only one of their seven shots found its way on goal.

The two teams entered halftime with the game still scoreless, but Wooster grabbed control early in the second half with two quick goals and never looked back. The first came less than 30 seconds into the half, and the second just seven minutes later in the 53rd minute.

Both teams had multiple scoring chances after Wooster established control early in the second half, but neither side could connect. Goalkeeper Patil Tcholakian ‘22 did her best to keep the game within reach for the Big Red with seven saves on nine shots on goal.

Upon conclusion of the regular season finale, the two teams learned that they would be going up against one another in the NCAC Tournament Semifinals just four days later on Wednesday, November 6. This time, however, the contest would take place at Wooster. The Fighting Scotts improved to 5-1-2 to earn the #2-seed in the NCAC Tournament with the win, dropping the Big Red down to the #3-seed at 5-2-1.

Dannemiller reflects after a frustrating loss that playing together for a full 90 minutes is among the team’s number-one priorities as they gear up for their rematch against Wooster.

“Going into Wednesday we just need to play the way we know we can, by keeping the ball on the ground, communicating, and pressing, and we should be just fine. I don’t think it is a technical question, it is more a question of whether or not our team is always on the same page,” Dannemiller says.

Coming off just their second conference loss of the season, the Big Red have all of the motivation they need to come out and give their best effort of the season to avenge Saturday’s loss in their semifinal rematch.

The rematch is slated for Wednesday, November 6 at 2 p.m. at Wooster.

The Big Red will have to go through the defending NCAC Tournament Champions on the road in order to advance to the finals.

And if there’s any group that’s up for as lofty of a challenge as that, it’s this one.