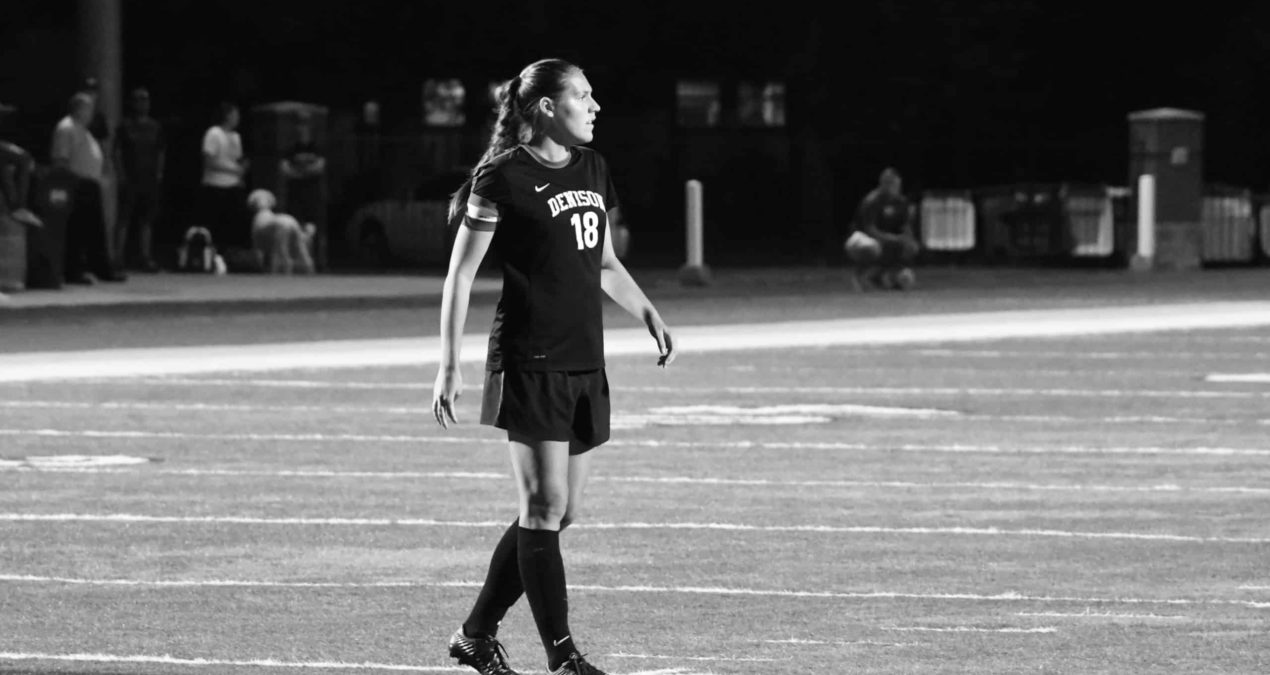 JULIE KENYON, Special to The Denisonian—Claire Kolff ‘20 goes beyond what is asked of her both on and off the soccer field. From leading the women’s soccer team and volunteering for Granville Outreach Soccer, to taking her love for service one step further by working for the Children’s Defense Fund Freedom schools during the summer, Claire’s passion for giving back radiates throughout the Denison community.

When Kolff’s coach approached her earlier in the school year about her nomination for the prestigious Coach Wooden Citizenship Cup—an award granted to one collegiate athlete, two high-school athletes, and one professional who display exemplary leadership qualities and a desire to serve the larger community—there was no doubt Kolff is a perfect, and more than well deserving, nominee.

Kolff describes the moment she saw her name amongst the three other NCAA Division I finalists for the award, recalling that she was both surprised and “honored to be the only DIII athlete.”

Kolff emphasizes that she is thrilled to both represent Denison University and Division III athletes around the country who “go above and beyond the norm but often times do not receive enough credit” for their leadership inside and outside of the athletic arena.

This April, Kolff will be attending the NCAA Athletes For A Better World award ceremony to network with other athletes who are dedicated to service and sports in addition to receiving recognition for her hard work and dedication as a student, athlete and positive influence not just within our Denison community, but around the world.

Kolff reminisces about the spark that ignited her passion for serving others, attributing her service trip to teach English to children in impoverished areas in Northern India as the sole reason she fell in love with teaching and making the world a better place.

Kolff’s mission to serve others embodies the ideal vision of what the Coach Wooden Citizen Cup celebrates in recognizing athletes who desire to do good in the world beyond their personal athletic achievements.

Athletes for a Better World (ABW) believes in athletes who are both dedicated to their sport and team, as well as those who strive to give back to the community and embody a positive role model and influence on society.

The Coach Wooden Citizen Cup is inspired by leading athlete and coach, John Wooden, who made it his personal mission to develop his athletes beyond their athletic abilities, encouraging them to prioritize serving others before themselves.

Claire Kolff views her athletic career throughout Denison as playing an influential role in pursuing her passion for giving back. She studies education and psychology, planning to “make a career out of my passion for making a difference and being a positive influence on children” through the education system in low income areas.

Kolff has certainly left a positive mark on the Denison community that will continue to flourish and grow as her legacy continues by way of the women’s soccer program on campus, and through the many friends and Denisonian family members her work has impacted during her time here on the Hill.