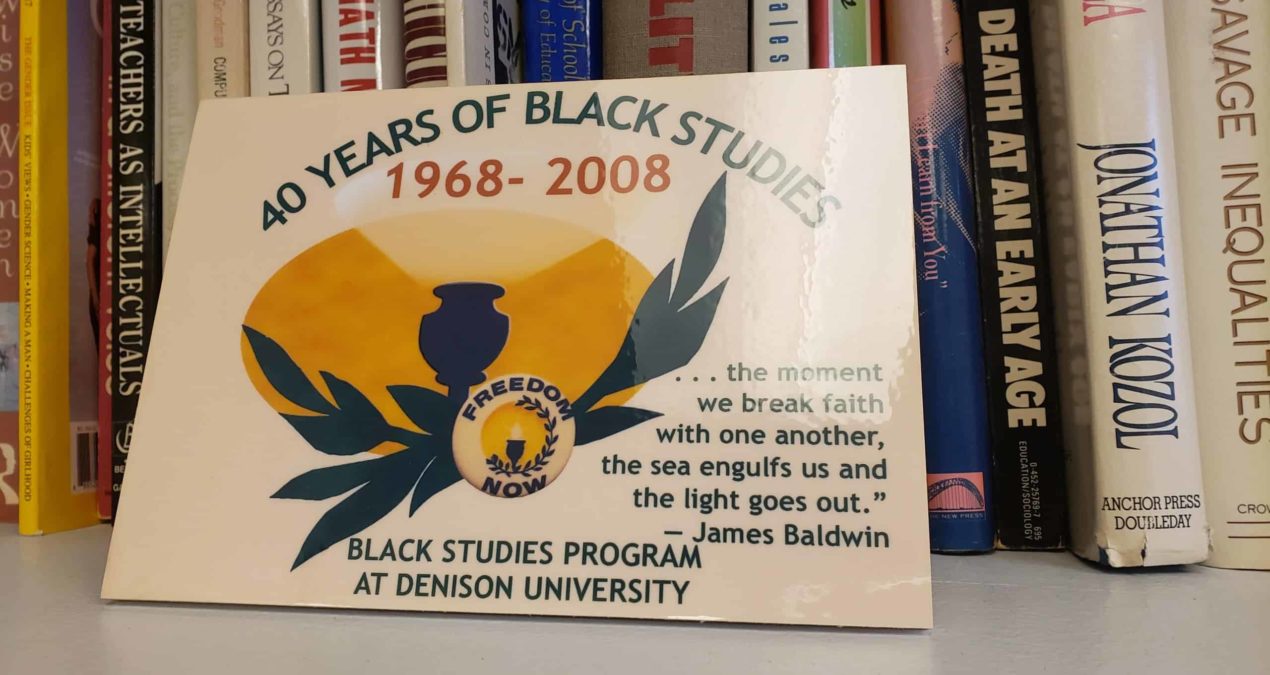 AARON SKUBBY, News Editor—Above her desk, education department chair Dr. Karen Graves displays a plaque which has sat there since 2008. This plaque celebrates the 40th anniversary of the Black Studies department at Denison, endowed with the James Baldwin quote “the moment we break faith with one another, the sea engulfs us and the light goes out.” The plaque is a testament to the important intersection between black studies and education.

Now, over a decade later, the education department hosted Dr. Linda M. Perkins, a professor of Applied Gender Studies at Claremont University, for a talk that highlighted the intersection between the two departments as well as women’s and gender studies titled “Black Women College Students in Public Universities in the Heartland from the Late Nineteenth Century through the 1950s.”

Perkins’ talk followed the journey of black women college students starting with the establishment of the Morrill Act in 1862, and the slow integration of public universities in the Midwest.

Greek organizations “served as an enormous support system,” Perkins said. She highlighted the support offered by National Pan-Hellenic Council sororities such as Alpha Kappa Alpha (the first created), many of which have chapters at Denison.

Perkins concluded the talk with a quote that is well known, but remains important: “Knowledge is power.”

The talk was organized by Dr. Graves from the education department with support from the Black Studies department as part of their ongoing 50th anniversary celebration.

Dr. Perkins was Dr. Graves dissertation advisor, which is how the relationship began. Graves explained, “Dr. Perkins and I have been talking about for some time what would be a good time for her to come, and we finally brought her now because she’s about to finish a major book about a comprehensive history of African American women’s education.”

Dr. Toni King, chair of the Black Studies department, explained “we want to show how interdisciplinary the field of black studies is,” which was reflected by Dr. Perkins as well as other speakers the department has been hosting.

The talk was an effective follow up to the earlier talk from keynote speaker Dr. Melissa Harris-Perry, which focused in part on the racial disparities in education.

In relation to the role Denison has to play in promoting equity in higher education, King said “I think Denison can participate in this transformational work in many ways, one, our educational studies major and what they learn about pedagogy, about teaching across race and many other identities. Another way is in how we study the issues that have caused the dearth of black educators. Another way Denison can participate is through our own diversity in hiring.”

DFS Screens“Once Upon A Time In Hollywood”