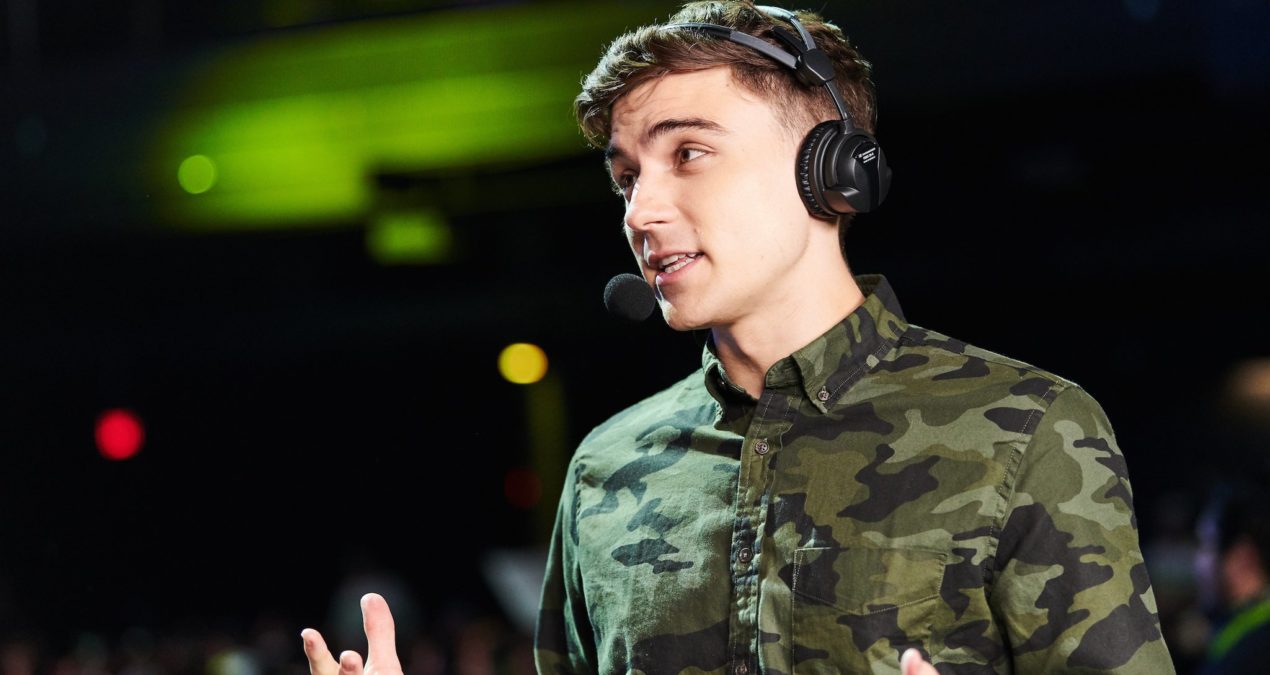 After leaving his economics degree at Denison early in 2017, Lyon pursued his passion for esports. Lyon, better known by his online alias Jake, is an American retired professional Overwatch player who played for the Houston Outlaws in the Overwatch League.

In an interview with The Denisonian, Lyon mentioned that he really enjoyed Denison despite his abbreviated time at the college. It helped him to make “a lot of particularly great friends” and form close relationships with his professors, too.

As a competitive video game player, Lyon expressed that he didn’t feel that he had a sufficient outlet on campus to express himself. Though he didn’t see this as a problem, as it wasn’t “connected to Denison at all. I saw it as entirely personal and private… it always seemed really niche to me.” He also understood that, even just a few years ago, there was still a stigma around esports. He noted that it “was still a lot less normalized and connected with popular culture” and, consequently, “less well known.”

During one of his professional matches back in 2017, he was forced to go to the basement due to a tornado warning. As a result, the game went on an extended pause while Lyon sought shelter at the bottom of Huffman Hall. Lyon recounted the story with a chuckle, “I think I was just thinking about the match, pretty much entirely.” Despite the possibility of a tornado striking campus at any given moment, “the tornado warning wasn’t relevant.

Lyon first became interested in Overwatch while watching the announcement footage and others play the beta version. “I think it was the knowledge that the game was gonna have some fundamental similarities… to [Team Fortress 2]”, the game Lyon played in competitively prior to becoming a professional Overwatch player. Furthermore, Lyon was also struck but the esports potentially Overwatch possessed noting that “Blizzard,” the developer of Overwatch, “was gonna support the game heavily and make it an esport, based on other recent game releases, like Hero of the Storm.” Overall one of the biggest draws was the career potential in the game, feeling “it made the most sense to pursue a career in Overwatch as opposed to another game.” Obviously a very good call.

Although, he didn’t initially plan to turn esports into his career. During Lyon’s first two years at Denison, “it was more of a fanciful idea, and as time went on it just became more and more realistic to the point where the possibility was right in front of me.” The growth of the esports scene itself lent credence to the idea as well. The option of “a legitimate career path” opening up was “… because of games like Counter-Strike and StarCraft II, like 10 years ago, actually building… prospect for players.” Over time, it finally reached the point where “there was enough money in the [esports] scene where you could actually support yourself doing it.”

Lastly, in reference to the opinion article “Denison needs an esports program,” Lyon spoke up in support for kickstarting a program at Denison. “I think if there’s the demand… enough to make the program function, I think you could look at it as just like any other club or activity that’s done on campus.”

Furthermore, he even provided a couple of tips for such a program should it begin: “aligned motivations in esports [are] pretty important… in a team environment it can be difficult if people don’t have the same goals or don’t share goals.”

Lyon currently lives in the Greater Los Angeles area and is a Commentator for the Overwatch League.