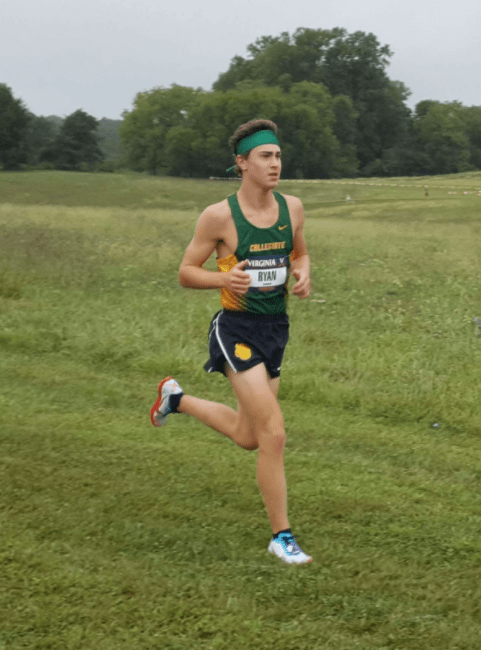 Ryan, from Richmond, Virginia, is enjoying both the school and the team so far.

While there will not be any cross country meets, he’s optimistic about the possibility of both indoor and outdoor track meets where he will be running the mile and the two mile races during the former and the 3000m steeplechase during the latter.

On long runs, the team goes in groups of three, staggered by fifteen to thirty seconds.

“The groups are a great way to create bonds with the upperclassmen on the team.” —Clay Ryan ’24

The team has socially distanced get togethers on the IMS fields and Ryan says everyone does their part to stay safe.

Although he doesn’t always enjoy the 6 a.m. wake up calls for runs on Saturday mornings, he does think that it forces him to be responsible and think about his decisions.

All in all, Ryan is very grateful to be on the team and he is enjoying his time running and getting to know everyone.