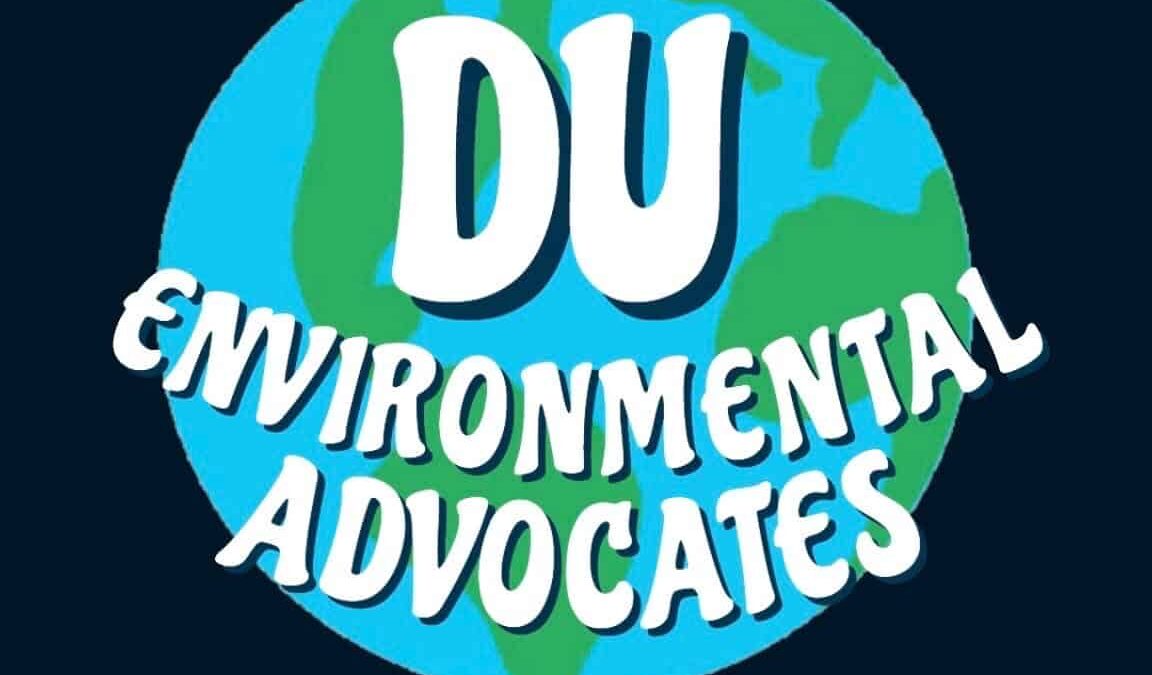 Denison Environmental Advocates plea for students to be environmentally friendly

TAYLOR TRIMBLE, Special to The Denisonian — Living through a pandemic might have had its challenges, but it did teach us a lot about our world.

Not only have we learned about ourselves as a society, but we have learned so much about our environment. Our environment is suffering from a variety of pollution, whether that be water, land, or air. At the beginning of the pandemic, scientific studies show that air pollution had sharply decreased as a result of human behavior during the quarantine. For example, there was a 25.5% reduction in nitrogen dioxide during the pandemic. That being said, it should not take a pandemic to force us to take care of our environment. There are many things to do to be environmentally friendly and eco-conscious in our lives, as well as on campus.

One of Denison University’s Environmental Advocates and the Director of Sustainability has made it clear that the Denison community has two major problems on its hands: recycling and composting.

Denison’s Director of Sustainability, Jeremy King, states that the composting issue “isn’t about the number of compost bins, but rather where we compost.”

The dining halls, Curtis and Huffman, have back of house composting, which entails composting waste accumulated during food preparation. They used to have front of house composting, compost after one finishes their meals. However, because of the pandemic those compost bins have been suspended. However, King argues that the number of bins is not the issue compared to the location. The school has tried composting outside Slayter, but many people mixed non-compostables with compostables resulting in the compost’s contamination.

“People always put stuff in the wrong bins either because they are confused and/or they don’t care,” says King. The same is true with the recycling bins at Denison as many are mixed with non-recyclables making it harder on the sorting facilities.

The Environmental Advocates Community Liaison, Genevieve Pfister ‘24, a creative writing major from Columbus, Ohio, believes that “once people are fully aware of the environmental issues, they’ll be a little more willing to push for change.”

Many people have superficial knowledge of environmental issues and solutions to become more eco-conscious. However, our environment is anything but superficial and should not be treated as such.

Composting is extremely beneficial to our world as it reduces the waste in landfills consequently reducing their pollution. It also minimizes landfills’ significant contribution to climate change. Moreover, it provides nutrients for the soil, prevents wind and air erosion in soil, and minimizes the need for chemical fertilizers which contributes heavily to water pollution. As for recycling, it reduces the need for raw materials’ exhaustive processes that are instrumental in water and air pollution. Recycling also reduces the amount of greenhouse emissions that are contributory to climate change.

As a community, we are responsible for what we do with the waste on our campus. Moreover, it is important for us to educate ourselves and properly sort our waste as it impacts our environment, ultimately affecting us and future generations. To learn more about what we can do to promote sustainability on campus, contact Jeremy King ([email protected])!

To join the email list for the Denison University Environmental Advocates, please contact Emma Proe ([email protected]). Conversations include spreading awareness of what students can do as a community to combat environmental issues on campus.