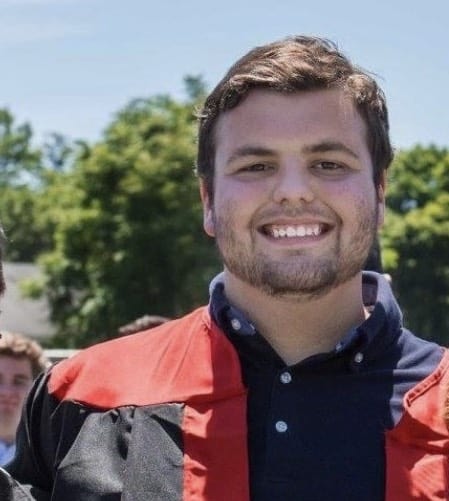 The Crumbling Soul of America and how to redeem it

STEWART MOORE, Special to The Denisonian — This is a message to my Denison peers and the entire community. At the time that I’m writing this article, it’s 5:30 p.m. on November third, 2020 and like all of you, I do not know what the outcome of the election will be.

This has been the most contentious election in a very long time over a number of issues near and dear to our hearts. COVID-19, racial inequity, the economy and the soul of our nation. We live in uncertain times. When the dust settled on the 2016 election none of us knew what the future would hold. There was an explosive reaction, one which saw people I know well spat on, attacked and their lives threatened. We now know where we are. The unfolding events of the past four years have taught us a lot about where we are as not only a country but as one people. Frankly, we have completely disgraced ourselves. There is unignorable pain, hatred, and fear felt by both sides of the ideological spectrum.

However, the attitude that is held toward one another over these differences in our understanding of the world is shocking. I have experienced this attitude first hand in the near past, not far from here. Last year, I encountered a kind old woman, 76 years of age, with silver gray hair in New Albany being harassed with vulgarity by a younger woman for her Trump hat. The older woman was told, “F**k Trump you F**king fascist b**ch.” I stepped in to prevent unreasonable escalation as the younger woman was threatening more than words. What this earned me was spit and an attempted physical assault, recorded by the younger woman’s five year old daughter and even younger son. I learned that day that our basic respect for one another as human beings has vanished.

We have not been this divided since the American Civil War because of political polarization within the United States. This division has greatly hurt all of us mentally and changed our view of what the future might hold. We blame our leaders and political opposition on a daily basis. I’m here to tell you that others are not at fault for this. The reason this is the case is because our leaders are held accountable by us, the people. Political opposition simply wants to make the country better based on their opinion. It’s a personal choice how we view others, understand others and treat others. The meaning of this election as many candidates have pointed out is the future of America. This is not because of them. The future of America lays in our hands as citizens and neighbors. The progress that we want will not be made by legislators until Americans can come together to talk honestly about them. No matter who wins the election, our response dictates whether division will continue to expand. If it does, the societal and institutional cohesion we have built for 250 years will degrade to the point of disrepair.

I am not ultimately concerned about Trump or Biden. It is important to me but I am concerned more about the health of our nation. I am tired of seeing and hearing of Conservatives being treated as morally deficient people because of the way we think which began well before Trump. This has only created a self fulfilling prophecy of distasteful treatment of Americans on the left and right. The atmosphere is destroying the ability for progress to be made. Conservative students with bright ideas, all of which are well-meaning, do not express themselves for fear of retribution. In the classroom, on campus and even amongst their friends. For all the sentiment of acceptance, we do not receive the same courtesy despite the fact that we want a better place for Americans regardless of color, class, religion, or sexual orientation. We may differ on how that happens but our end goal is the same as anyone else. Regardless of the winner, empathize with those who disagree with you. Come together and discuss the issues with people that will challenge you. If this is our response, then we can find a way to truly have liberty and justice for all.

Stewart Moore ‘22 is a political science major from Rye, New York. Moore is the President of Denison’s College Republicans.

Textbook trials and tribulations: There needs to be a better way