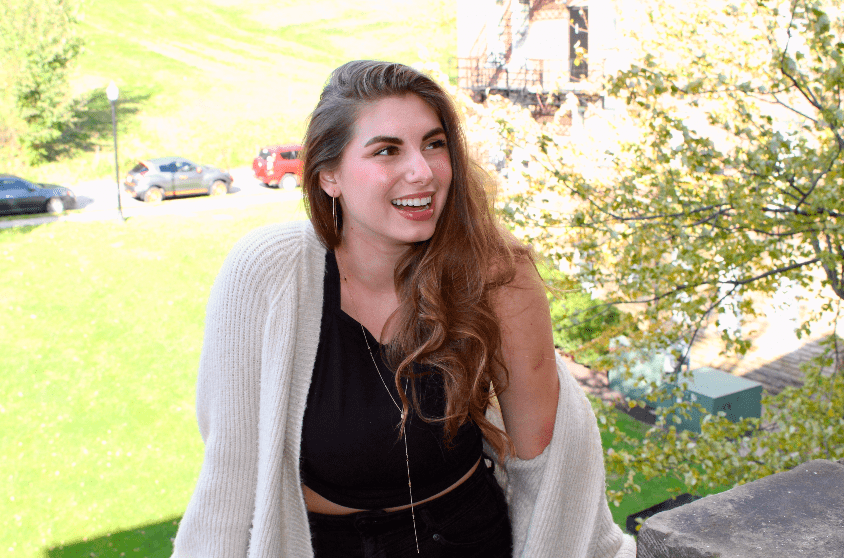 NINA COSDON, Opinion Editor — This year alone, Georgia, Kentucky, Mississippi and Ohio have passed bills that outlaw abortion after a fetal heartbeat is detected, a mere six weeks after conception. Alabama’s recent law, criminalizing abortion at all stages of pregnancy, is set to become the most restrictive anti-abortion law in the United States.

Previous bills of this kind have been struck down as unconstitutional under the precedent set by Roe v. Wade in 1974. Roe v. Wade was passed 7-2, with three Republican and four Democratic Supreme Court Justices in the majority. Abortion was never meant to be a partisan issue and was ultimately protected under the constitutional “right to privacy.” Today, 73% of Americans don’t want Roe to be repealed. So why has it come under attack? Anti-abortion ideology argues that human life begins at conception and views abortion as immoral.

I have myriad arguments, some logical and others emotional, for why I am pro-choice.  The fact is that we have no proof of whether life or consciousness begins at conception, or heartbeat, or birth, or any other stage of development. There has been no scientific, theological, or philosophical consensus. You are free to form your own opinion about when life begins, based on your religion or ideology, but it is still nothing more than that: an opinion. Therefore, I won’t pretend to know when life begins.

What I do know is that women cannot be compelled to carry to term and doctors cannot face jail time for performing safe, lawful abortions. It is utter cruelty for our government to use women like livestock, forcing them to give birth against their will. Pregnancy is physically, mentally and emotionally draining in ways that the men who are making these anti-abortion laws will never know.

I personally have faced criticism for using terms like “anti-choice” or “anti-abortion” instead of “pro-life.” However, using “pro-life” to describe anti-abortion ideology is more than a misnomer, it’s a dangerous fallacy.

Abortion remains one of the safest medical procedures; outlawing abortion does not decrease the number of abortions, it just forces women to turn to illegal, life-threatening methods to terminate their pregnancies. If you are anti-abortion, I will not call you pro-life, because abortion bans do not save lives.

Outlawing abortion devalues children just as much as it disempowers women. Instead of coming into the world wanted and loved, a child becomes a punishment for having sex.

A punishment, that is, for women. It is women, not men, who are asked, “If you didn’t want a pregnancy, why did you have sex?” Men are free to walk away from the child they helped to conceive at any time they choose. This is an unfortunate and antiquated truth, but it is our reality.

Until there is some way to ensure that a man will take equal responsibility for pregnancy, abortion is and must be an issue for women, decided by women.

Anti-abortion people often claim that if a woman doesn’t want to become a mother, she can put the baby up for adoption. This is asinine; a woman cannot simply have a baby and then move on with her life as if nothing ever happened.

Pregnant women can develop permanent health conditions, such as gestational diabetes, which they will have for the rest of their lives. Postpartum depression is also on the rise, with over three million cases in the US each year. Even if there are no serious health complications, having a baby changes a woman’s body irreparably.

The price of pregnancy is more than metaphorical, as the average delivery cost for a simple vaginal birth is about $11,000. This raises to approximately $30,000 with the cost of care before and after childbirth, not including the cost of prenatal vitamins, maternity clothes, childbirth education classes and more.

Not to mention the salary and career opportunities women sacrifice by leaving work during the late stages of pregnancy and recovery after childbirth. Our federal government has no mandated maternity leave or maternity pay, so how can it mandate a pregnancy?

Of course, these estimated costs are assuming a woman gives the baby up for adoption; choosing to raise a child can be an average of $14,000 per year (not including higher education).

It is unethical for the government to force a woman to have a baby, especially if they are profiting from it.

The fact that about 75% of the women who seek abortions are low-income should come as no surprise. Carrying to term is simply not feasible for many women. Women of color and women with lower levels of education are also among the most likely to seek an abortion.

These are the women who cannot just have a baby and then move on with their lives.

These are women who don’t have the means to find another state where they can get a safe, legal abortion.

These are women who are the most likely to experience physical or sexual assault.

You cannot ignore that the women who suffer the most from abortion bans are those already facing social discrimination and disadvantage.

Where is the outpouring of care and concern for them? I will not call you pro-life if you are more concerned with unborn fetuses than children who are already alive and struggling.

Our language is entrenched in connotation and deeper meanings. Words have power, and we should be choosing them intentionally and precisely.

We can no longer equate pro-life with anti-abortion because outlawing abortion does not save lives.

We need to redefine what it means to be “pro-life,” and this goes beyond abortion.

Do not call yourself pro-life if you disregard the 550,000 Americans who are homeless on any given night.

Do not call yourself pro-life if you are against harboring immigrants and refugees.

Do not call yourself pro-life if you don’t believe or support survivors of abuse and assault.

Do not call yourself pro-life if you support the death penalty.

Do not call yourself pro-life if you are unbothered by police brutality.

You are not in favor of life if you pick and choose which ones have value.

If you really do care about the sanctity of life, fight against the most detrimental threats to humanity. Support restrictions on guns and assault rifles so mass shootings will no longer be the norm. Acknowledge climate change and learn what you can do to help our planet exist for the next generation. These are preventative measures that will save the living, breathing children.

By passing new abortion bans, many without exceptions for rape or incest, pregnancy is warped from intentional and wonderful into something bordering on parasitic.

We cannot pretend that the only cost of pregnancy is giving up nine months of one’s life. Forcing a woman to remain pregnant is dystopic and a theft of human rights.

If you care more about the rights of an unborn fetus than the woman who carries it, you are not “pro-life.”

Nina Cosdon ’21 is a communication and anthropology/sociology double major from Meadville, PA.