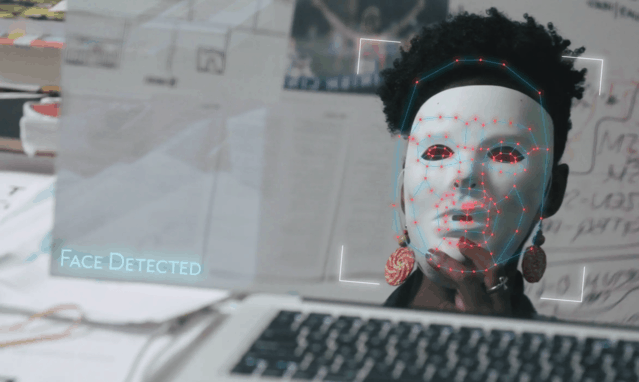 LIZA HIGLEY & MARTHA KAMIKAZI, Special to The Denisonian—While working on a project in the MIT labs, researcher Joy Buolamiwini noticed that facial recognition could not identify her dark-skinned face well. After looking into the software behind the technology, she noticed that computers were being “taught” how to recognize faces using primarily light-skinned, male examples. But Buolamiwini’s realization has expanded far beyond facial recognition. In a world where machine-learning algorithms control much of what we do — in hiring, advertising, policing, and housing — the film Coded Bias explores how biased formulas perpetuate current race, gender, and class inequities.

An eerie parallel to Farenheit 51, Buolamwini and film director Shalini Kantayya show that Bradbury’s vision was not far off. Technology is not objectively impartial, nor fair; algorithms designed to learn from the world will continue to replicate its biases. Director Kantayya’s focus on regular people and the way’s biased computers have affected their lives shows us a scary picture of the present, and an even scarier picture of the future. The next time you scroll past an Instagram ad, or even send a resume off to a company, Coded Bias will leave you asking yourself: how is technology’s bias finding its way into my corner of the universe?